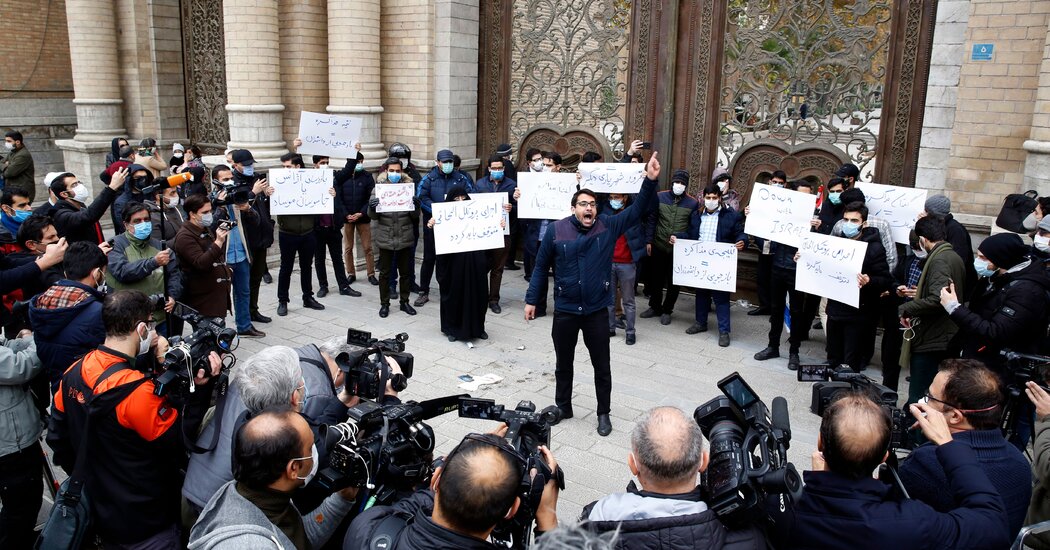 There was no real response to the explosion at Natanz, also attributed to Israel, other than the subsequent installation of some advanced centrifuges to make the point that Iran’s program would move ahead, slowly and methodically. Attacks aimed at American forces in Iraq, many by Iranian proxies, have diminished in recent weeks, and Iran’s feared cyberattacks on the American election system seemed more like amateur hour — emails to some voters purporting to be threats from a far-right group, the Proud Boys.

But the hard-liners are angry, and some experts fear that the combined loss of Iran’s most revered general and its most revered nuclear scientist is too much. Pressure is already mounting for some response — either a calculated one, presumably on the orders of the supreme leader, Ayatollah Ali Khamenei, or an unscripted lashing out, perhaps by a rogue element of the Iranian military or an Iranian-sponsored militia that does not get the memo to wait for Inauguration Day.

That may be exactly what Mr. Netanyahu — and Mr. Trump and his advisers — is betting on. Any retaliation could result in American military action, exactly what Mr. Trump contemplated, and was argued out of, two weeks ago when news came that Iran was continuing to produce nuclear fuel above the limits of the 2015 accord. (That move, of course, was in response to Mr. Trump’s decision in mid-2018 to break out of the agreement himself.)

And a cycle of military action could make it all but impossible to reconstitute the Iran nuclear deal, much less negotiate a bigger, longer-lasting diplomatic arrangement.

If the response to the killing of Mr. Fakhrizadeh is a cycle of retaliation and counter-retaliation, the nuclear program will go deeper underground — quite literally — where bombs and saboteurs cannot reach it, and cyberstrikes may be ineffective.

“We should not exclude the use of force, but military strikes won’t bring us a long-term shutdown of the program,” said R. Nicholas Burns, a former under secretary of state and the Iran nuclear negotiator from 2005 to 2008 under President George W. Bush.

“Our goal is to roll back and shut down its nuclear program for decades to come,’’ said Mr. Burns, who now teaches diplomacy at Harvard’s Kennedy School of Government, and “achieving that through tough-minded diplomacy is still a smarter and more effective option than a military strike that could provoke a wider war in the Middle East.”