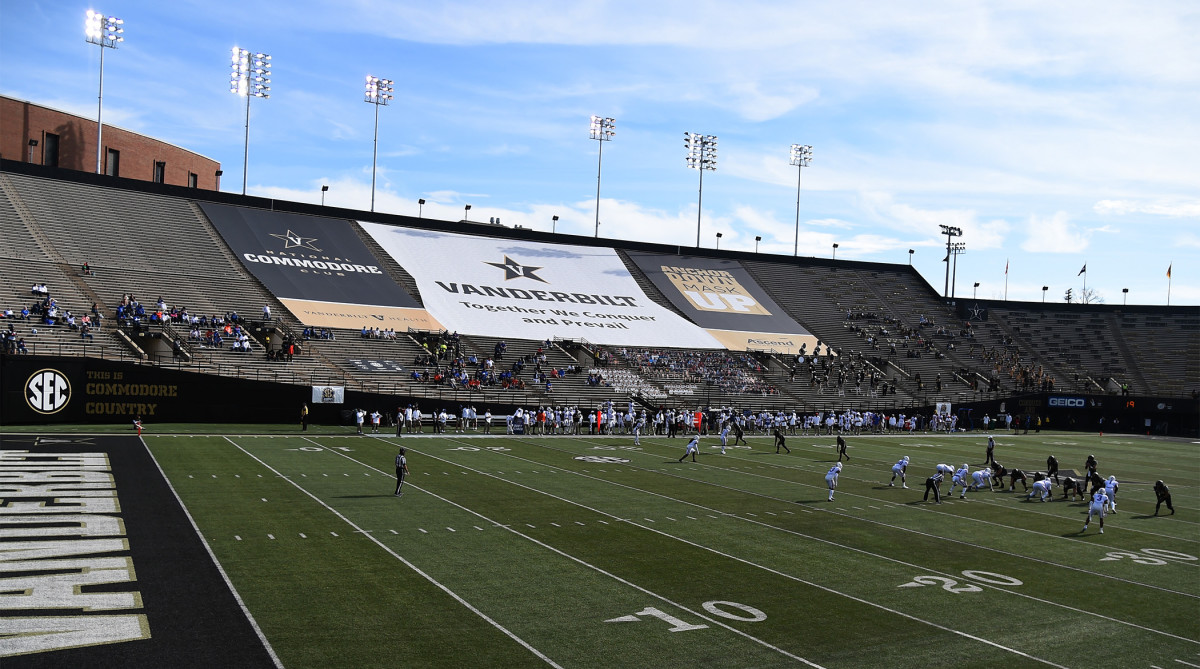 Vanderbilt’s Sarah Fuller is set to make history on Saturday in more ways than one, and it all started with a simple phone call from soccer associate head coach Ken Masuhr.

His first question was whether she had ever kicked a football before, and Fuller said she had. The next question, depending on her answer, set her up to make SEC and Power 5 history.

Fuller, who is apart of the 2020 SEC Championship soccer team, was reportedly on the football field an hour later meeting the team and joining the other specialists.

The senior goalkeeper will be the first woman ever to suit up for a SEC and Power 5 football game when Vanderbilt (0–7) plays at Missouri (3–3) on Saturday.

Because of COVID-19 protocols landing specialists in quarantine, Fuller found herself practicing with the football team as a kicker on Tuesday, The Vanderbilt Hustler‘s Simon Gibbs reported.

While she did not take a snap on Tuesday, Fuller was in full pads and uniform, walking through “with coaches and at least one specialist on the sidelines.”

“Right now, we’re just looking at all options,” Mason said on ESPN 102.5 The Game. “For us, talking to Sarah, she’s a champ, and no pun intended, just coming off an SEC Championship in soccer … She’s a complete competitor. She’s an option for us. Right now, that’s where we sit.”

Vanderbilt is just 3-for-7 in field goals this season, though the struggles could be attributed to COVID-19 related absences throughout its special-teams unit.