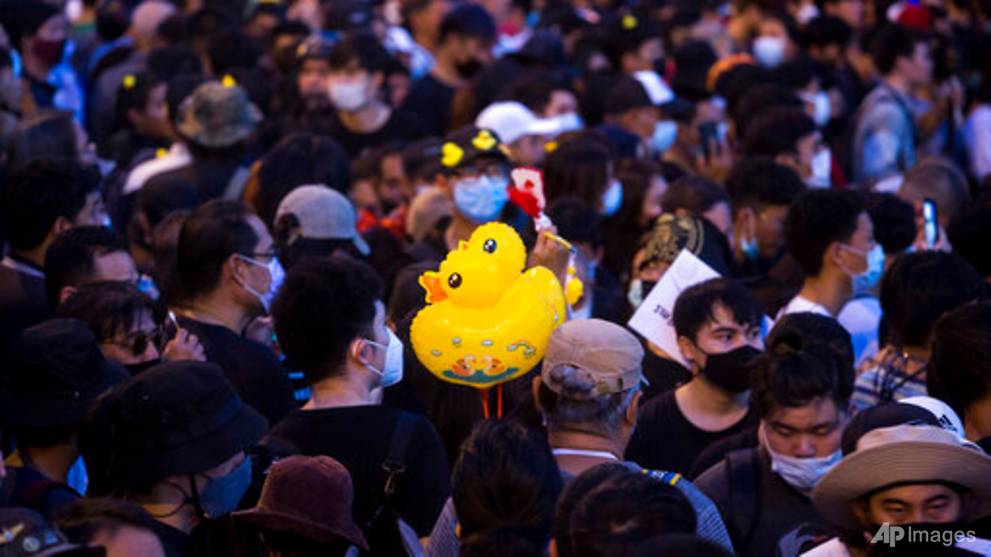 BANGKOK: Thai anti-government protesters called for an end to coups in the Southeast Asian country on Friday (Nov 27) as months of street protests fuel rumours of another military takeover.

The protesters demand the resignation of Prime Minister Prayut Chan-o-cha, a former military leader who seized power in the last coup in 2014, but say they do not want him replaced by another general.

Organisers called Friday’s protest “Rehearsal to Oppose a Coup”. Hundreds of people joined in what was the latest of almost daily demonstrations since mid-July.

READ: Thai protesters call on king to give up royal fortune

Prayut’s putsch was the 13th successful coup since the end of absolute monarchy in 1932.

He stayed on as prime minister after an election last year and protesters say the ballot was organised to keep him in power with a constitution drawn up by his former government that gave parliament’s entire upper house to military appointees.

Prayuth says the vote was fair.

“I’m only 18 but have seen two coups already. That’s not right,” said Tan, a high school student at the protest who gave only one name. “We don’t want history to repeat itself.”

Both Prayuth and Thailand’s army chief, General Narongpan Jittkaewtae, this week dismissed the possibility that another coup was imminent – but that has only increased speculation that one could be on the cards.

Protesters also accuse the monarchy of enabling decades of military domination and have demanded curbs to the powers of King Maha Vajiralongkorn – including his power to approve any future coups.

The Royal Palace has made no comments on the protesters although the king said recently that they were loved “all the same”.

At least seven of the most prominent protest leaders face charges of insulting the monarchy, which could carry jail terms of up to 15 years, for comments they have made at different protests.