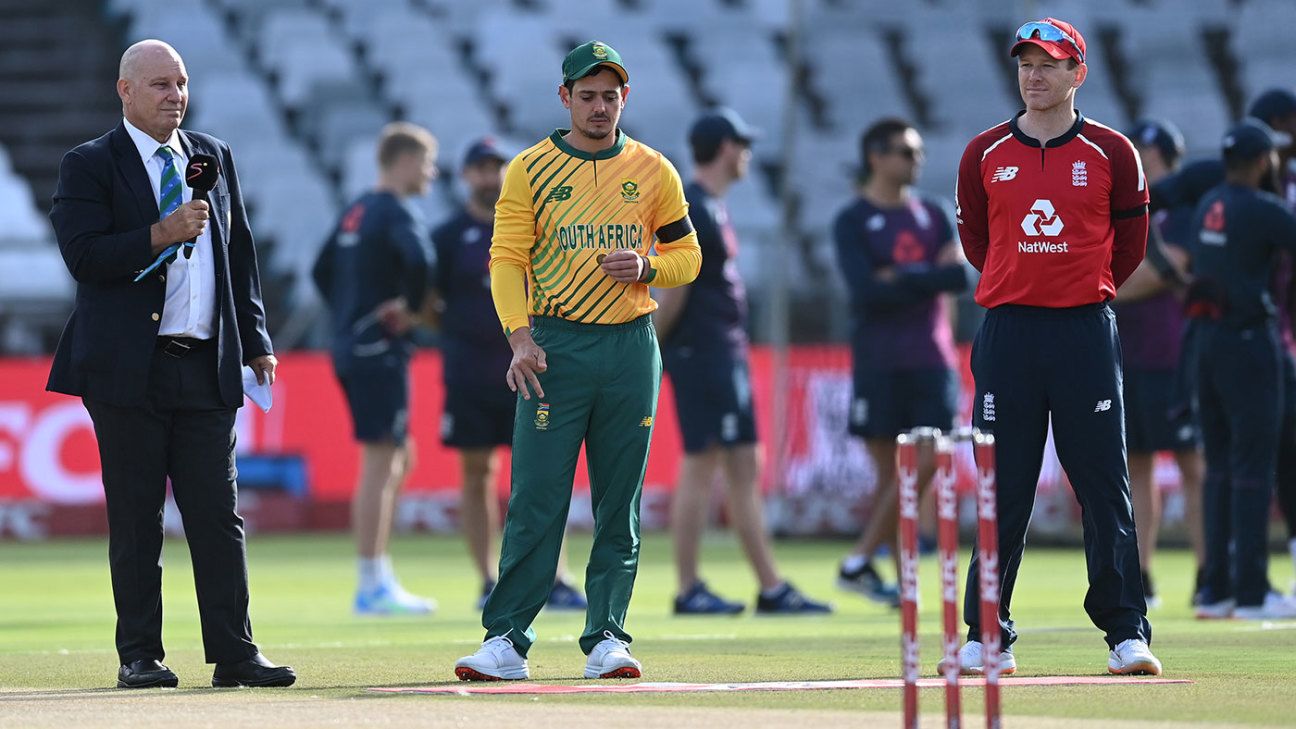 England won the toss and chose to bowl vs South Africa

England have won the toss and inserted South Africa in the first T20I of their series in Cape Town.

England have, as expected, opted to open their innings with Jason Roy and Jos Buttler, with Jonny Bairstow moved down to No. 4. Both Sam and Tom Curran also win selection, with Mark Wood and Moeen Ali the men to miss out. England’s only spinner is Adil Rashid, who wins his 50th cap.

With England having used T20Is to rest players in recent times, this series presents a rare occasion where they are at full strength. With the T20 World Cup less than a year away, they will be hoping to find a settled line-up over this series and in the five matches against India that follow in a few months.

South Africa’s preparations have been far from ideal. Struggling with Covid-related withdrawals and a board in turmoil, they have also not played international cricket since March.

Both teams are weaing black armbands during the first two games in reference to the five days of national mourning announced by President Cyril Ramaphosa for the victims of Gender Based Violence and Covid-19.