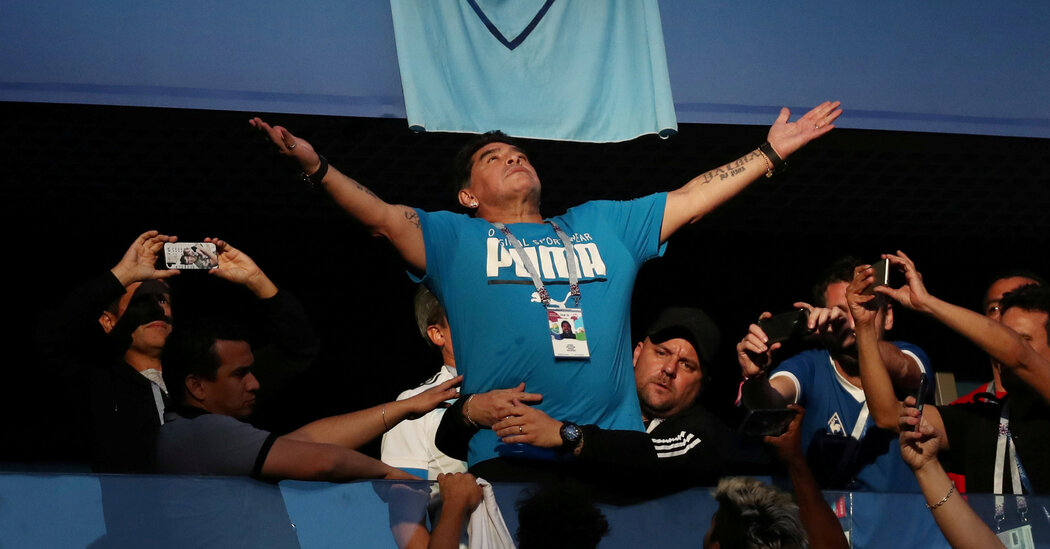 Maradona, though he did not know it, served as midwife to that change. In 1987, at the height of his fame, his Napoli team was drawn to face Real Madrid in the first round of the European Cup. It was a mouthwatering matchup: the champion of Italy against the champion of Spain, the Neapolitan forward line of Maradona, Bruno Giordano and Careca — the Ma-Gi-Ca — against the Real of Emilio Butragueño and his Quinta del Buitre.

Silvio Berlusconi, the owner of A.C. Milan, greeted the draw with horror. Why on earth would soccer allow this to happen, he thought: the game of the year tossed away in the first round of a competition, when it might make a suitable final, a showpiece around which to build the season.

Berlusconi tasked Alex Fynn, then working with the advertising agency Saatchi & Saatchi, to work on a concept for what he called the European Television League, in which games like this would not only be more common, but saved until the later rounds. It would prove to be the idea that resulted, five years later, in the formation of the Champions League, and the dawn of the new soccer.

That soccer, as it turned out, would not only not have space for Maradona the player, it would not be able to accommodate Maradona the idea. The concentration of power in the hands of a few superclubs and the rush of money into the sport would set off an arms race in tactics and coaching and recruitment. Within a few years, it would rid the game of its wildness and its improvisation and its renegade streak.

Maradona, and all that he represented, would be consigned to the past. He would, in his later years, come to be an avatar for soccer as it once was, to inspire a nostalgia for all that we have lost. He meant so much to so many — even those who had no memory of him — because he stood as a symbol of the culmination, the apex, of what it used to be.