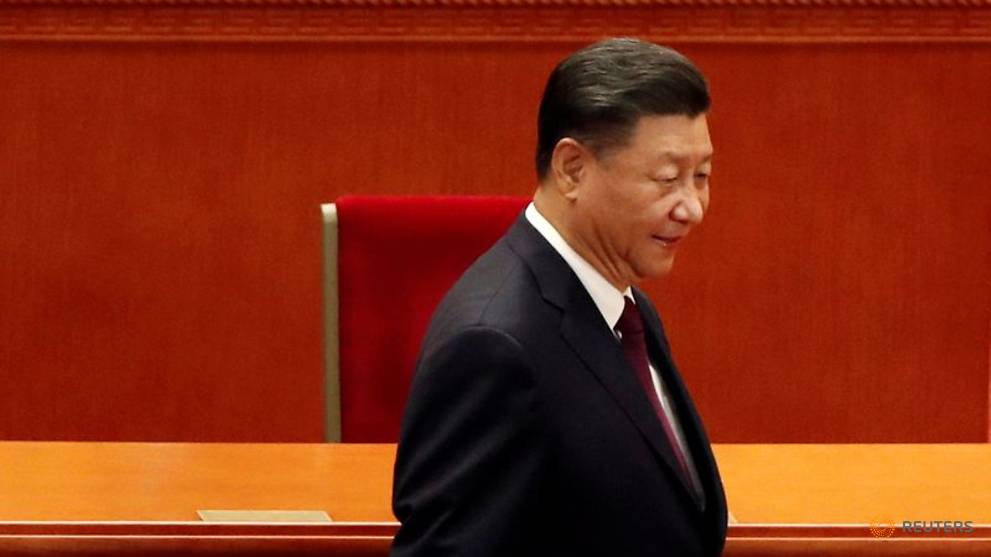 BEIJING: In his video address to the United Nations General Assembly in September, Chinese President Xi Jinping announced a slight improvement of China’s 2015 Paris climate agreement pledge: National carbon dioxide emissions should now peak before 2030 rather than around 2030.

That might not seem like much, but, paired with Xi’s additional declaration that China aims to be carbon neutral before 2060, the address sent positive shock waves through the climate-policy world.

Decades of impressive GDP growth have made China the world’s second-largest economy, bigger than the next three (Japan, Germany, and India) combined.

But the outside world still often associates China with coal dependence, rising CO2 emissions, and polluted air – and rightly so.

China is arguably the modern era’s first “hybrid” superpower: A global leader that does not yet have a fully advanced economy. And Xi’s two-phase climate pledge reflects how the Chinese themselves see their hybrid status.

The country’s more modest climate ambitions up to 2030 reflect the persistence of its people’s developing-country mentality. After all, many Chinese, and especially the current leadership, still vividly remember growing up in a poor, backward country.

But with China expected to become a high-income country by 2030, that mindset is giving way to a “rising superpower” mentality, which helps to explain why China aims to become carbon neutral just ten years after the European Union.

Granted, China’s new 2060 climate target is currently only an ambition, not a legislated policy. But future administrations are expected to take Xi’s pledge seriously.

The scale of the task cannot be understated. China now aims to eliminate some ten billion tons of annual CO2 emissions – nearly a third of the global total – from 2030 onward, equivalent to decarbonising the entire French economy every year for 30 years.

LISTEN: The politics and path forward for international cooperation on climate mitigation | Ep 7

Sooner or later, China will have little choice but to double down on its climate mitigation efforts in all sectors, particularly energy, industry, transport, and agriculture.

But there is reason to be optimistic about China’s prospects for a successful green transition.

As the world’s largest clean-energy market, the country accounts for more than one-third of the world’s installed wind and solar capacity, and (at the end of 2019) nearly half of all electric vehicles.

Moreover, China’s impressive record of scaling up clean-energy technologies means that its recent net-zero emissions pledge should further boost the ongoing low-carbon revolution around the world.

For example, if China decides to raise its hydrogen-economy ambition, it is hard to imagine that the EU, Japan, South Korea, and other major advanced economies would not follow suit in order to maintain their competitiveness.

Of course, 2060 is a long way off, so the world will be watching eagerly to see whether Xi’s pledge is translated into concrete measures in China’s upcoming 14th Five-Year Plan, covering the 2021-2025 period. Optimising investments across the Chinese energy sector by 2060 requires national CO2 emissions to peak sooner rather than later.

But China’s leadership – especially provincial governors – may struggle to balance this long-term strategic interest against the short-term economic gains from carbon-intensive investments.

A COALITION OF THE WILLING ON CLIMATE ACTION

The international community – and the EU in particular – could help China to move forward by engaging it in a coalition of the willing for climate action.

This group could also include Japan and South Korea, whose pledges to achieve carbon neutrality by 2050 cover all greenhouse gases.

Chinese climate policy would benefit from such a global effort. China’s recent announcement notably omitted any mention of the country’s overseas investments, not least in countries participating in Xi’s signature Belt and Road Initiative of transnational infrastructure projects.

China has so far channeled much of its BRI investment into fossil-fuel projects, although the BRI has started investing more in renewables.

READ: Commentary: We sure believe some weird stuff about China’s Belt and Road Initiative

That said, BRI investments are the host country’s responsibility as well as China’s, so greening the initiative’s investments requires a push from both sides – if not a global one.

Encouragingly, Joe Biden’s victory in the recent US presidential election may herald a reversal of the ongoing deglobalisation trend, which might not only stabilise a rules-based international order, but also boost investment in sustainable infrastructure in many parts of the world.

LISTEN: Just how will a Biden presidency move US and global action on climate change? | EP 13

A CALCULATED MOVE, AN ELEPHANT IN THE ROOM

But the United States, the world’s largest economy and the second-biggest CO2 emitter, is the elephant in the room – and Xi doubtless made his climate pledge with America in mind.

But although Biden has pledged to rejoin the Paris agreement on day one of his administration, China’s leaders sense that the US now has little appetite to work together on climate issues.

In other words, China has drastically and unilaterally upgraded its long-term climate ambitions without asking America (or the EU, for that matter) for anything in return.

In doing so, it has thrown its weight firmly behind the policies that the EU has embraced and put Biden in an awkward position.

With the American public divided and climate science politicised, rejoining the Paris accord will not by itself make the US a reliable player in international climate politics.

China, meanwhile, is the world’s largest CO2 emitter, accounting for almost 30 per cent of the global total.

LISTEN: Getting to the heart of energy and climate change

Xi’s new pledge is thus a calculated strategic move that not only surprised domestic and international audiences alike, but also significantly advanced the medium to long-term global climate agenda.

TIME FOR EUROPE TO DO MORE

After US President Donald Trump announced his intention to withdraw the US from the Paris agreement in June 2017, the EU was briefly a lone climate leader.

China, Japan, and South Korea have now joined it, but the EU – like the others – has yet to make its climate-neutrality target legally binding.

China’s ambitious commitment has now put the ball back in Europe’s court.

The EU should pick up where China left off and make its 2050 climate pledge mandatory during the German presidency, which expires at the end of 2020.