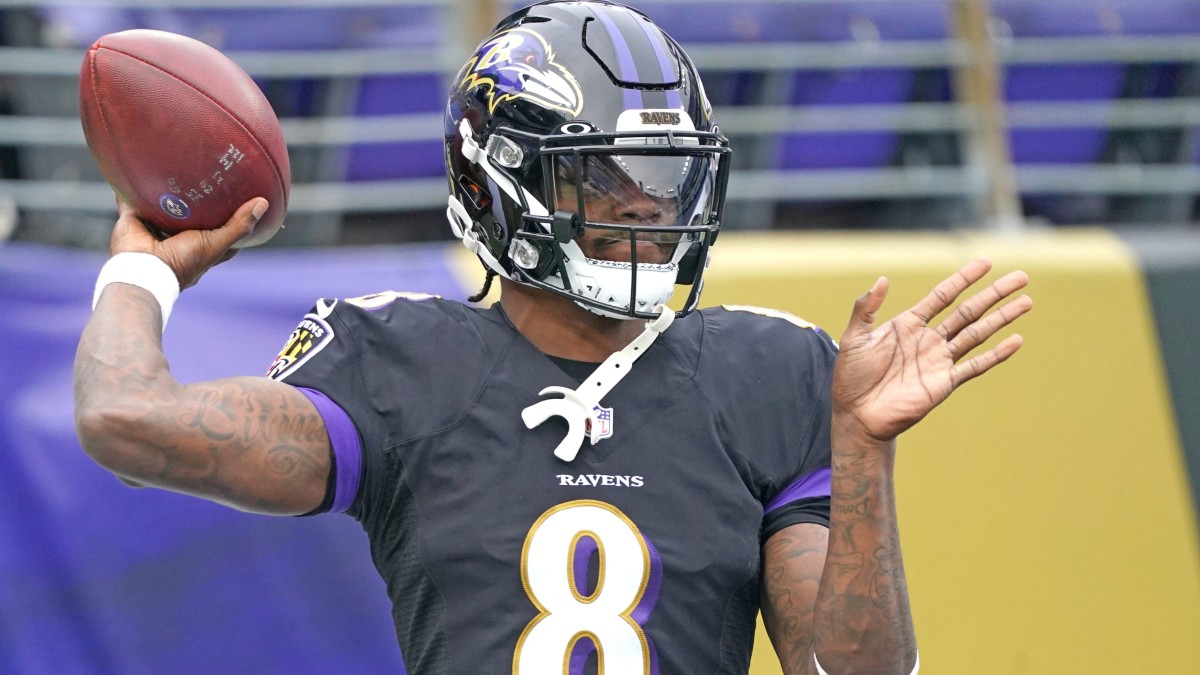 Jackson is one of four positive tests from the Ravens on Thursday, per ESPN’s Adam Schefter. Their Week 12 contest vs. Pittsburgh is now in jeopardy.

Five Ravens players and four staffers previously tested positive for COVID-19 over the last week. Running backs Mark Ingram and J.K. Dobbins and defensive linemen Brandon Williams and Calais Campbell are among those who tested positive, and they will not play against the Steelers in Week 12.

Baltimore was originally slated to face the Steelers on Thanksgiving night. The NFC North battle has been postponed until Sunday afternoon due to the outbreak, with kickoff slated for 1:15 p.m. ET.

Jackson is not expected to play on Sunday. Backup quarterback and fellow Heisman Trophy winner Robert Griffin III is expected to start against Pittsburgh. Jackson is also in jeopardy of missing Baltimore’s Week 13 matchup against the Cowboys on Dec. 3.

Jackson has struggled in spurts in 2020 after winning MVP in 2019. The Louisville product has seen a dip in completion percentage and yards per attempt, and he’s thrown six interceptions in 10 games.

Baltimore currently sits third in the AFC North at 6–4. The Ravens have lost back-to-back games and three of their last four entering Sunday’s game vs. Pittsburgh.