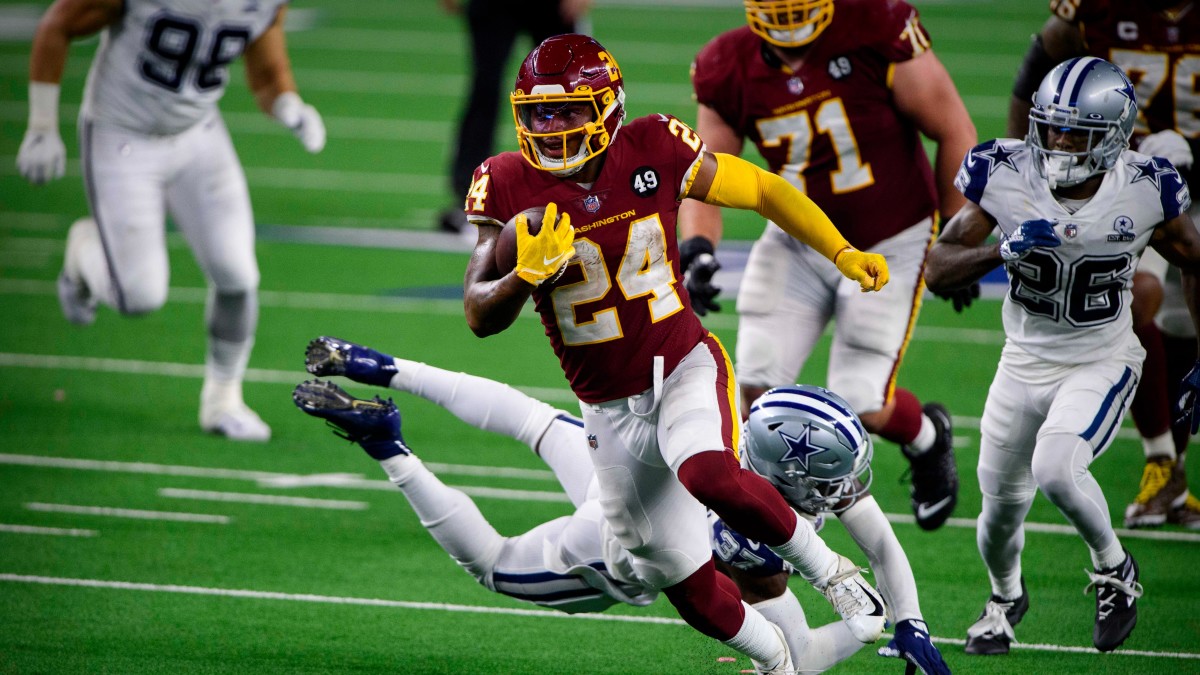 Washington running back Antonio Gibson turned in his best performance of 2020 in a win over Dallas on Thursday, and the Memphis product made some NFL history as he found the end zone three times.

Gibson tied former Vikings wide receiver Randy Moss for the most touchdowns by a rookie on Thanksgiving since 1998 on Thursday. Washington’s running back tallied 115 rushing yards in a 41-16 victory, dicing up the Dallas defense on the ground. As Dallas running back Ezekiel Elliott struggled, Washington’s third-round pick shined.

Gibson’s Thanksgiving performance was certainly impressive, though it’s unlikely to be remembered quite like Moss’s dominant effort. The Hall-of-Fame wideout caught three passes for 163 yards in a 46-36 win over the Cowboys, scoring on all three receptions. Moss’s Thanksgiving performance paved the way to one of the greatest careers in NFL history.

Washington advanced to 4–7 in 2020 with Thursday’s win. The Football Team currently leads the NFC East. Dallas now sits in the division cellar at 3–8.

More on Washington vs. Dallas: