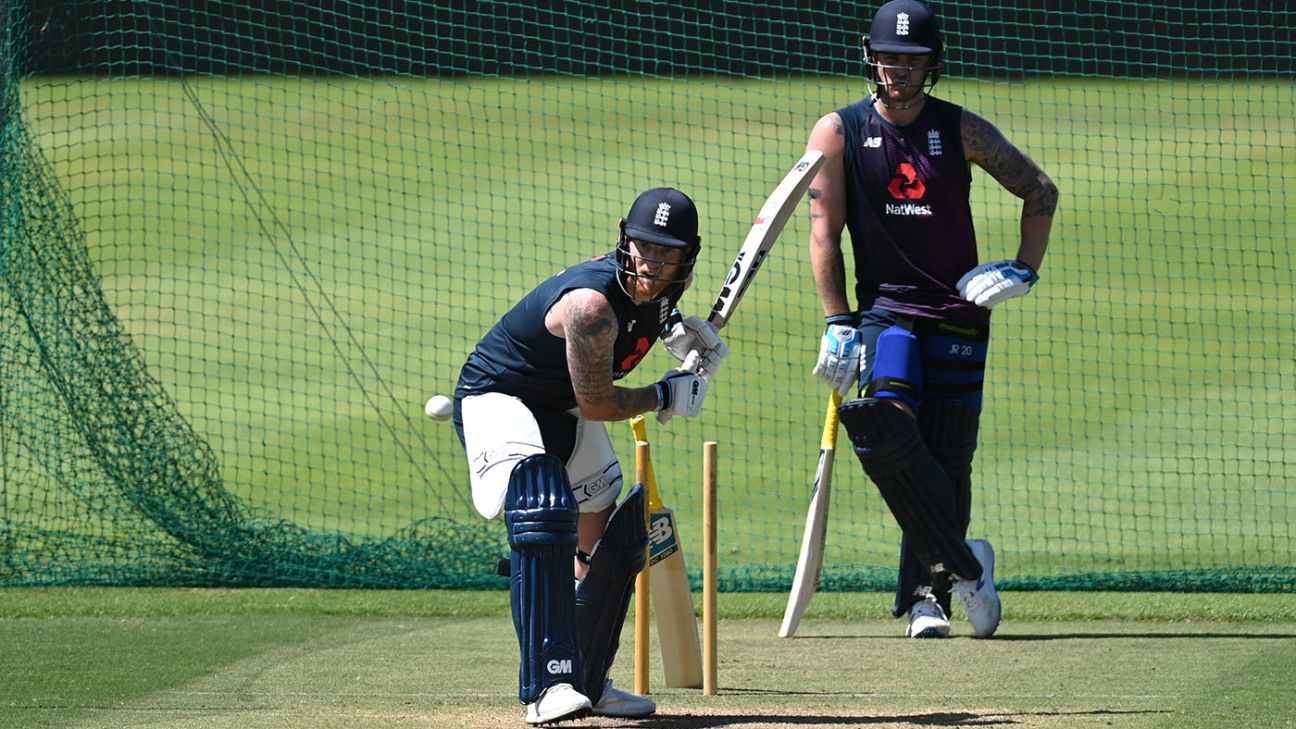 It’s been just nine months since these teams last met and while the world is an entirely different place, the situation they are playing in is not. Back in February, South Africa and England hoped to use their white-ball clashes to prepare for a T20 World Cup. Now in November, the upcoming matches serve the same purpose after the tournament was postponed.

For South Africa, that’s no bad thing given the rushed circumstances in which their coaching staff took over last summer. They’ve had the luxury of lots of time to plan their approach going forward and this will be their first opportunity to show what they can do.

They come into it entirely undercooked, especially in comparison to their opposition. England spent the last few months pioneering the cricketing bio-bubble while South Africa played around with a new format of cricket that saw three teams compete in the same game. South Africa’s highest-profile players have since been at the IPL while the rest had two rounds of red-ball franchise cricket to get ready but, as a squad, they haven’t played so much as a warm-up match together. Contrastingly, England had a home summer against West Indies, Ireland, Pakistan and Australia, a (shortened) domestic season and two practice matches in South Africa. They have also had a much less chaotic backdrop against which to prepare.

While South African cricket has been inactive, South African cricket news has not. The winter saw the CSA administration lurch through several more crises which resulted in the board resigning and an interim structure being imposed on the organisation by the country’s sports minister. At the same time, South Africa handled the Black Lives Matter movement as badly as they could, with a confused stance on how to tackle anti-racism that remains unclear even on the eve of this series.

What we know is that the South Africa team will not take a knee (England did against West Indies and Ireland but not against Pakistan and Australia and will also not this time) but will make a statement in support of antiracism. They will also wear black armbands in support of the fight against gender-based violence and to commemorate those who have lost their lives to coronavirus. Flags will fly at half-mast as part of five days of national mourning in South Africa.

Given the fractious last few months, in which several former players of colour shared stories of exclusion, South Africa’s challenge will be reflected in how they present a united front, as much as in whether they are able to end up on the right side of results.

It’s about much more than cricket, as it often is here, and that is only amplified by the pandemic. The teams are housed in a bio-secure base in Cape Town and all matches are being played between Newlands and Paarl, behind closed doors. That means most South African may not even know the series is taking place. Negotiations with the public broadcaster, SABC, have not been finalised and these fixtures may only appear on pay television, opening up yet another debate about access and elitism in the game. So here we are. This is how the South African summer begins.

After a blistering IPL, where he topped the wicket charts Kagiso Rabada will be expected to set the tone for the summer. With Dale Steyn not selected in the squad, Rabada is now the undisputed leader of the attack and will work alongside Anrich Nortje, who showed fire of his own in the IPL, to form a formidable new-ball pair. South Africa have long based their strategies around their quicks and having two genuinely fast men leading the pack fits perfectly with their new aggressive – but smart – style.

Jason Roy has not played a T20 international since England toured South Africa earlier this year and will want to use this series to nail down the opening spot. He is up against just about every other member of his squad, with Jonny Bairstow, Dawid Malan, Jos Buttler and even Ben Stokes all making cases as openers, but if Roy gets a run in this series he may seal the spot for the T20 World Cup. His domestic form makes a good case to give him first bite at the cherry. Roy had a decent run in the five matches he played in the Blast, scoring 206 runs at 41.20 in Surrey’s run to the final.

It’s almost impossible to select a team before match day because of the risk of positive cases of Covid-19 but, all being well, this is who South Africa may opt for. One of Temba Bavuma or Janneman Malan will open with Quinton de Kock, with Faf du Plessis, Rassie van der Dussen and David Miller making up an experienced middle order. The No. 6 and 7 spots are anyone’s guess (and ours are below) with the bowling likely to split along the lines of three seamers and one spinner. Dwaine Pretorius has been ruled out of both the T20 and ODI series with a hamstring injury, leaving Andile Phehlukwayo as the sole seam-bowling allrounder.

Like South Africa, England are not saying too much about the XI they will field as they wait to see whether any additional grass will be taken off the wicket. Roy is expected to open alongside Buttler with Stokes returning to the XI after missing part of the home summer to be with his father in New Zealand, completing a top order that will likely also include Bairstow and Malan, the No. 1-ranked T20I batsman. The No. 7 spot could be conditions-dependent, with Moeen Ali the man in possession but Sam Curran pushing for inclusion after an impressive IPL. And all eyes will be on Jofra Archer and Mark Wood’s pace, especially as a counterpoint to Rabada and Nortje.

South Africa’s surfaces had an almost eight-month rest due to the inaction during the lockdown which has given them more time than usual to recover from the wear and tear of a busy summer. And it seems to have done them good. The franchise four-day competition demonstrated that there are runs and good bounce for the quicks and spinners. At Newlands earlier in the month, over 900 runs were scored between the Cobras and the Titans, seamer Lizaad Williams had early success with six wickets in the match and George Linde and Tabraiz Shamsi took 16 wickets between them. Expect something for everyone in this series.

“The last series that we played we gave them a run for their money. It was disappointing that we didn’t win the series but we always fought til the end. We didn’t sit back just because we knew it was England. This time around it should be a good contest again.”
Quinton de Kock is eyeing some payback after defeat in February

“Winning at the moment would be great. But for us, given the luxury in players that we have at our disposal, it’s more important that we get their roles right and they feel comfortable within that, because if we manage to solve that problem, the results will look after themselves.”
Eoin Morgan on England’s priorities for the series