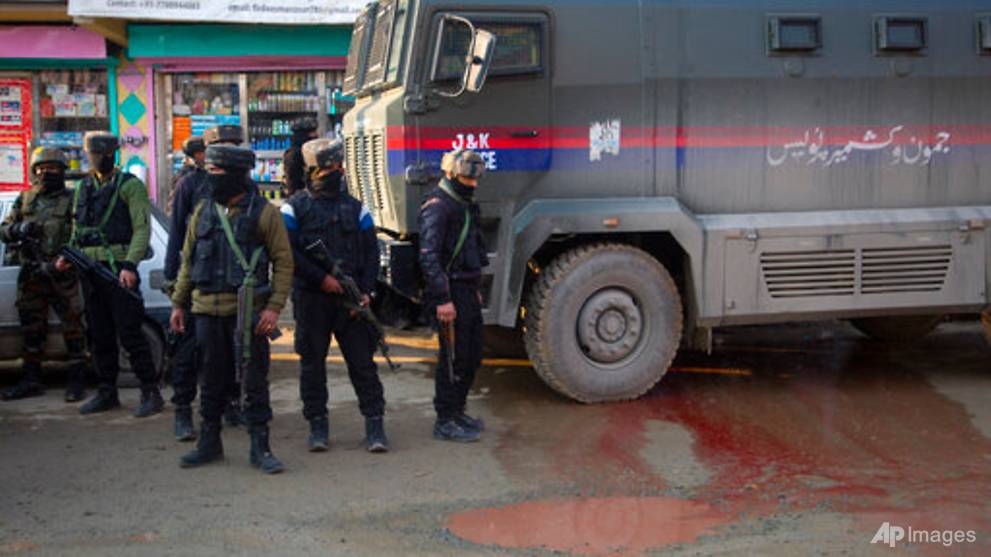 Colonel Rajesh Kalia, an Indian army spokesman, said militants sprayed bullets at an army patrol on the outskirts of Srinagar city. Two soldiers were critically injured and later died at a hospital, he said.

Counterinsurgency police and soldiers launched a search operation for the attackers.

Rebel groups have been fighting against Indian rule since 1989. None of the groups immediately claimed responsibility for the attack.

Both India and Pakistan claim the divided territory of Kashmir in its entirety. Many Muslim Kashmiris support the rebel goal of uniting the territory, either under Pakistani rule or as an independent country.

Tens of thousands of civilians, rebels and government forces have been killed in the conflict.

The attack comes during near-daily fighting between Pakistani and Indian soldiers along the highly militarized frontier that divides Kashmir between the two nuclear-armed rivals.

The Indian army said Pakistani soldiers targeted Indian positions with mortars along the de facto border in southern Poonch district on Thursday. Indian soldiers retaliated, the army said in a statement. It did not report any casualties.

On Nov 13, nine civilians and six soldiers were killed on both sides as Indian and Pakistani soldiers exchanged artillery fire at multiple locations along the de facto border. The fatalities were some of the highest reported on a single day in recent years.