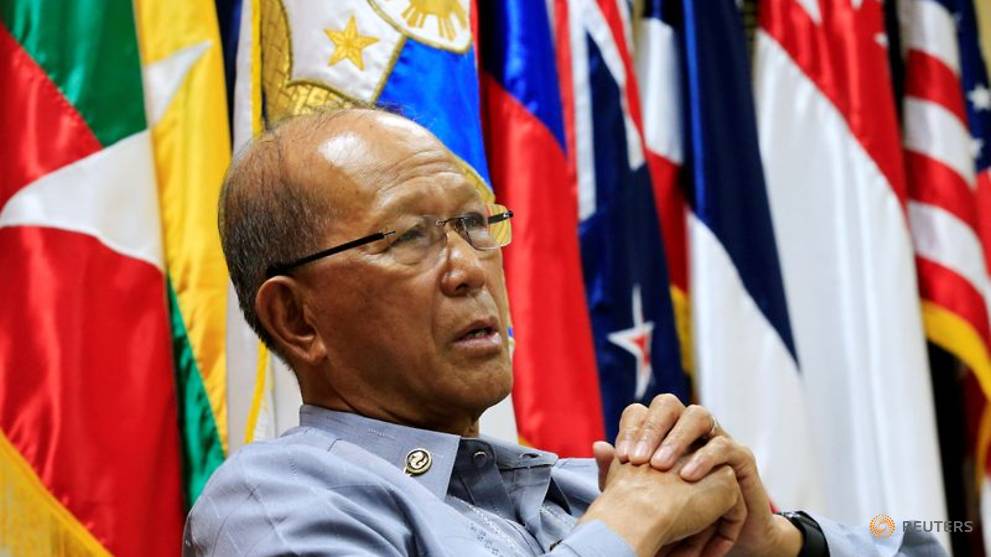 MANILA: Tensions in the South China Sea will increase due to a US-China rivalry that could be kept in check, if only Southeast Asian countries took a united stand to influence the status quo, a top Philippine security official said on Wednesday (Nov 25).

The Association of Southeast Asian Nations (ASEAN) was caught up in the battle for regional influence but it could do more to ensure stability and should take a common approach, Defence Secretary Delfin Lorenzana told a security forum.

“Where is the ASEAN in this superpower rivalry? Despite its avowed ASEAN centrality, it is anything but,” Lorenzana said.

“ASEAN would exert considerable influence on issues and events in the South China Sea if only it could act as one.”

Lorenzana’s remarks are unusually blunt for a minister from within the 10-member bloc, which rarely speaks up as a group against militarisation or perceived acts of aggression, with some states worried about angering Beijing or Washington.

The Philippines, Malaysia, Brunei and Vietnam have overlapping claims with China and all but Brunei have been involved in standoffs this year with Chinese vessels.

China says it has historical sovereignty over nine-tenths of the South China Sea. It does not recognise a 2016 international arbitral ruling that invalidated those claims.

Lorenzana said the issue was front and centre during discussions since May with counterparts in Japan, China, Australia, France and the United States.

“What do this tell us? That the South China Sea is important to a lot of nations,” he said.

“That the tension in the South China Sea will continue to rise as China will continue to accuse the US and other nations of provocation and destabilisation … that the West is trying to contain the rise of China.”

China has stepped up its coastguard presence and military drills this year, including near islands also claimed by Vietnam, while the United States has deployed warships to demonstrate freedom of navigation. They accuse each other of deliberate provocations.

US ally the Philippines, he said, “will be involved whether she likes it or not”.