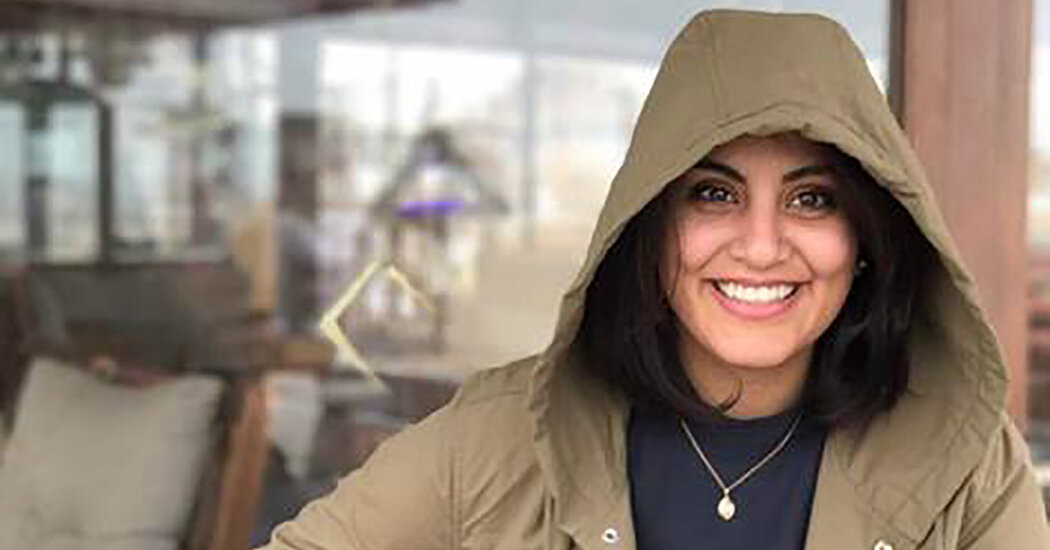 BEIRUT, Lebanon — Appearing weak and shaking uncontrollably, one of Saudi Arabia’s most prominent prisoners, the women’s rights activist Loujain al-Hathloul, appeared before a Saudi judge on Wednesday to learn that her case was being transferred to a special court for terrorism and national security crimes, her family said.

Ms. al-Hathloul, 31, has been detained since spring 2018 and charged with crimes that include seeking to change the kingdom’s political system, campaigning for women’s rights and communicating with foreign journalists, diplomats and human rights organizations.

Rights groups have called her trial a sham and accused the kingdom of using its courts to punish her and other activists for their outspokenness.

The new twist in Ms. al-Hathloul’s case comes as Saudi Arabia prepares to transition from a close rapport with President Trump, who cared little about the human rights records of America’s Arab allies, to an uncertain relationship with President-elect Joseph R. Biden Jr.

During the campaign, Mr. Biden vowed to reassess the U.S. relationship with Saudi Arabia, take away the “dangerous blank check” he said the Trump administration had offered it and impose penalties for human rights violations.

That tough talk, and fierce lobbying by rights groups in the run-up to the Group of 20 summit hosted by Saudi Arabia last weekend, had led to some speculation that the kingdom could release Ms. al-Hathloul as a good will gesture.

That has not happened, and on Wednesday, the judge said that the criminal court that had been handling her case since March 2019 lacked jurisdiction, so her case was being transferred to the Specialized Criminal Court, her sister, Lina al-Hathloul, said by phone.

Rights groups and Ms. al-Hathloul’s family struggled on Wednesday to understand what the transfer meant.

“The court said it lacked jurisdiction, but they have been dealing with the case for a year and eight months,” Lina al-Hathloul said. “It doesn’t make any sense.”

Saudi officials did not respond to a request for comment about Ms. al-Hathloul’s case. Last week Adel al-Jubeir, minister of state for foreign affairs, denied that her trial was related to her activism.

“Loujain al-Hathloul was detained because of issues related to national security, dealing with foreign entities, supporting entities hostile to Saudi Arabia,” Mr. al-Jubeir told the BBC. “It has nothing to do with advocating for women’s right to drive.”

Three other female activists arrested around the same time as Ms. al-Halthloul also appeared in court on Wednesday, Lina al-Halthloul said. They were Nouf Abdelaziz, Nassima Al-Sadah and Samar Badawi, who received the International Women of Courage Award from the U.S. State Department in 2012.

It was not clear what happened in the other women’s cases.

Loujain al-Hathloul rose to prominence in Saudi Arabia as an outspoken activist who criticized the kingdom’s restrictions on women and was detained a number of times for defying the driving ban before it was lifted in June 2018.

In March of that year, she was arrested on a highway in the United Arab Emirates, forcibly returned to Saudi Arabia and briefly detained, she told friends later.

Around the time that the driving ban was lifted, she was among about a dozen activists — women and men — who were detained, apparently to prevent them from publicly claiming credit for the government’s decision.

Saudi newspapers published photos of some of the detainees with the word “traitor” stamped on them, accusing them of having undermined the kingdom’s security.

Ms. al-Hathloul would later tell relatives that she and two other women had been taken from jail to a private facility nearby and tortured.

When her trial began in March 2019, the official charge against her included attempting to apply for a job at the United Nations and communicating with foreign journalists, diplomats and human rights organizations, according to her siblings and others who saw the indictment.

After a few sessions, the trial stopped, only to resume early this year before the Saudi government imposed a lockdown to stop the spread of the coronavirus.

Her relatives last saw her on October 26, when she began a hunger strike to protest restrictions on family visits and other prison conditions. But she gave it up two weeks later, after prison authorities woke her up repeatedly during the night, her family said.

Ms. al-Halthloul’s family was informed only on Tuesday that she had a new hearing on Wednesday, they said.

“No matter what happens, this whole thing is a charade,” said Adam Coogle, deputy director for the Middle East and North Africa at Human Rights Watch. “It’s not a fair legal system. Loujain needs to be released.”