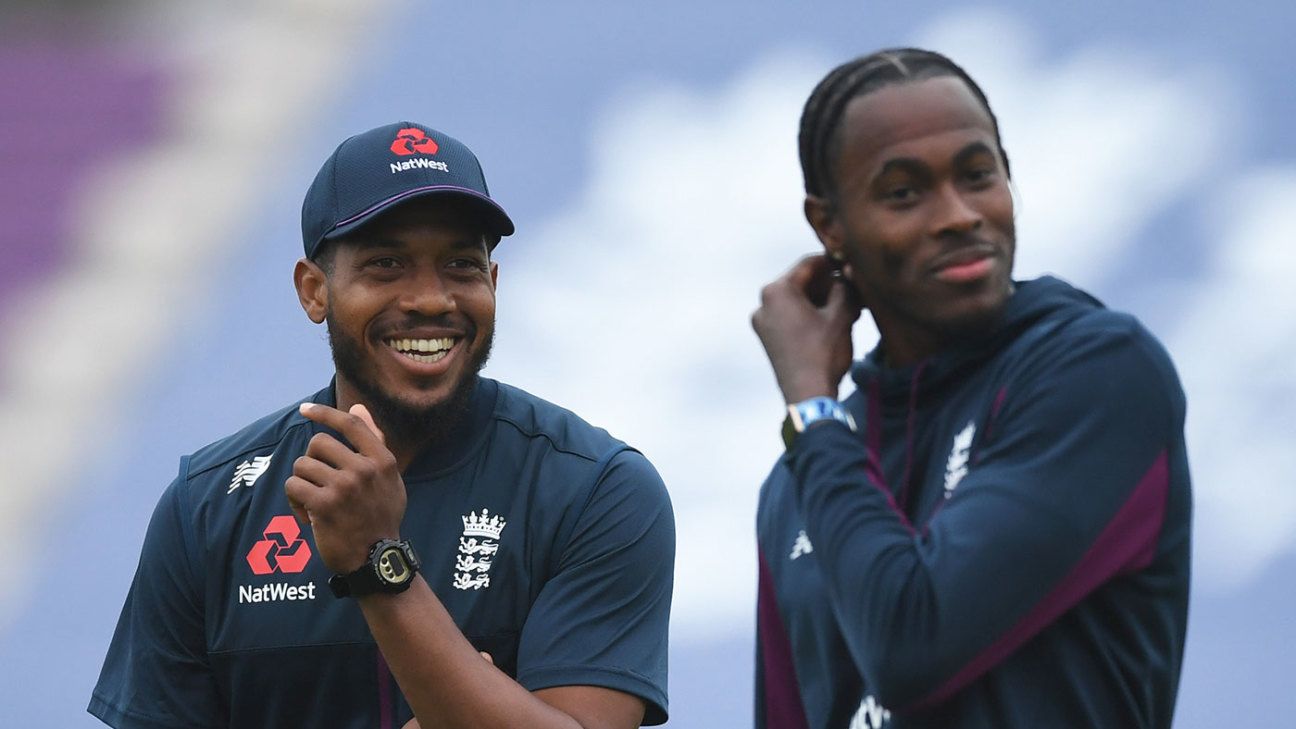 England fast bowlers Jofra Archer and Chris Jordan have become the latest players to sign up as ambassadors for the ACE Programme.

The ACE Programme Charity was set up by Surrey earlier this year, aiming to address a 75 percent decline in cricket participation by members of the Black community. It is chaired by Ebony Rainford-Brent, a broadcaster, Surrey CCC board member and the first Black woman to play for England. The charity recently secured funding from Sport England for the next three years and, having launched in south London, has recently announced a secondary programme to be launched in Birmingham in 2021. The ECB have also pledged funding.

After 70 young players – male and female – attended trials shortly before the lockdown in early March, the scheme this summer delivered a coaching and match programme for 25 young players, including a game at the Kia Oval alongside members of Surrey’s Emerging Players Programme. One player graduated from ACE to feature in matches for Surrey U18s.

“Well done to Ebz for getting ACE up and running,” Archer said from Cape Town. “I’m looking forward to playing my part in encouraging as many kids as possible to get involved in cricket.”

Jordan provided a similar message. “I’m really proud to be an ambassador for the ACE Programme,” he said. “I think it’s an amazing initiative and I hope I can play my part in getting as many kids involved in our sport as possible.”

“As we look to grow the ACE Programme and accelerate change in cricket, I’d like to thank Jofra and CJ for supporting our work,” Rainford-Brent said. “It’s really important for young players to have role models to aspire to – and with Jofra, Chris and Sophia as ACE ambassadors, it’s very clear what’s possible. We now need to ensure that we create as many opportunities as we can to give young, diverse talent the opportunity to follow in their footsteps.”