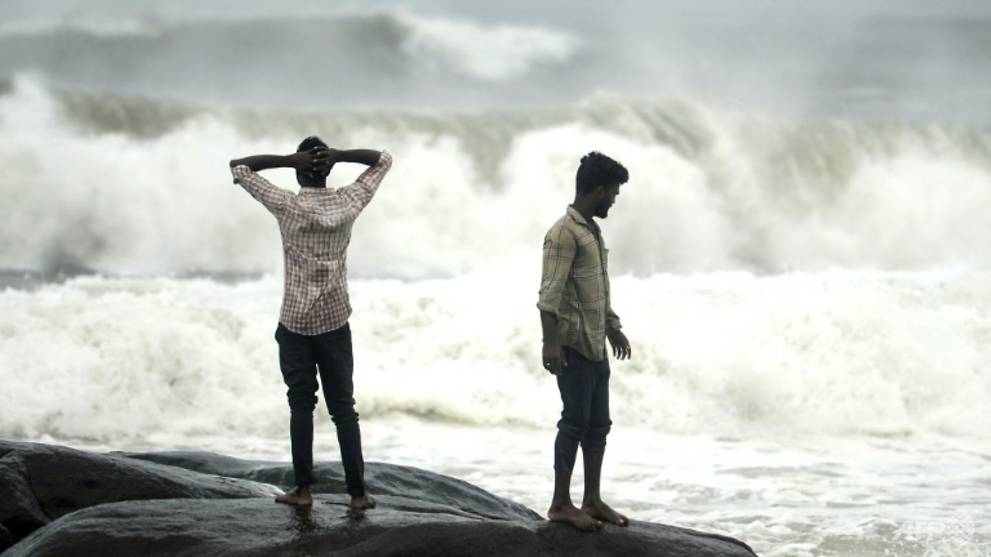 CHENNAI: Hundreds of people in low lying areas in India’s southern city of Chennai were evacuated and more than 150 relief centres were on standby ahead of a “very severe cyclonic storm”, government officials said on Wednesday (Nov 25).

The Indian Meteorological Department (IMD) said “Nivar” was likely to cross between “midnight of 25th and early hours of 26th November” and was likely to bring very heavy rainfall.

Areas in and around Chennai witnessed intense spells of rain, accompanied by strong winds on Wednesday.

The cyclone was likely to damage houses and roads, uproot power lines and trees and destroy crops along India’s south east coast, the IMD said in a statement.

Edappadi Palaniswami, Tamil Nadu state’s chief minister, has declared Wednesday and Thursday as public holidays in some areas, ordered the halting of bus services, advised fishermen not venture to sea and asked people to stay indoors.

Many automobile companies in Chennai, home to a flourishing automobile industry and dubbed the “Detroit of South Asia”, shut operations on Wednesday, and some were likely to remain closed on Thursday, a person familiar with the matter said.

Vessels in the city’s port have been moved to sea and port operations will likely remain shut until the cyclone makes landfall, a senior port official said.

Chennai’s airport will remain closed until 7am local time on Thursday, India’s aviation minister said in a post on Twitter.

“Residents are shifted from low lying areas close to Adyar river. They are shifted to the neighbouring relief camps as an advance precaution,” Chennai official Alby John said on Twitter.

Authorities have so far evacuated 528 people and 150 more relief shelters are being readied in the city, officials said.