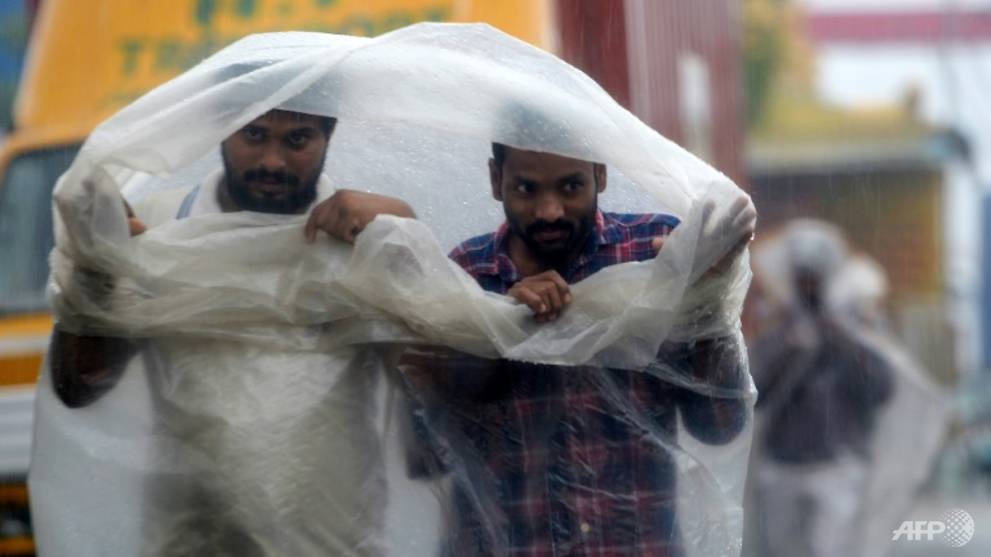 PUDUCHERRY, India: Several thousand people in south-eastern India fled their homes on Wednesday (Nov 25), out of the path of a cyclone due to slam coastal areas after midnight, bringing with it heavy rain.

Nivar, classified as a very severe cyclonic storm, was expected to pack winds of 120kmh and gusts of up to 145kmh when it makes landfall, forecasters said.

Thousands of state and national emergency personnel have been deployed in the southern regions of Tamil Nadu, Andhra Pradesh and Puducherry, where the cyclone was due to hit in the early hours of Thursday morning.

Local authorities have declared a public holiday, shutting everything except emergency services, and a spokesman for the National Crisis Management Committee said thousands had been evacuated from their homes.

Heavy rain was already falling in the region, and was expected to intensify in the next few hours.

In Puducherry, the rain-soaked streets and markets were all deserted.

“Move to high places wherever you have to. There are relief centres. Please move there,” Bedi said in a video message on Twitter.

But people in some pockets along the coast were reluctant to abandon their homes and fishing boats and move to government shelters, an AFP reporter said.

In Tamil Nadu’s capital Chennai, authorities said they were also closely observing the level of reservoirs and lakes to avoid a repeat of floods in 2015 when several hundred people died in the state.

Lake Chembarambakkam outside Chennai was expected to discharge extra water because of the heavy rains, and people in low-lying areas around the discharge area had been warned.

The cyclone’s centre was expected to pass about 175km northeast of Sri Lanka’s northern tip early on Wednesday.

No evacuation orders were issued in Sri Lanka but heavy rains were forecast, particularly in the north of the island nation.

Fishermen there were advised not to go out to sea.

But the death toll was far lower than the many thousands killed in previous cyclones of that size, a result of improved weather forecasting and better response plans.