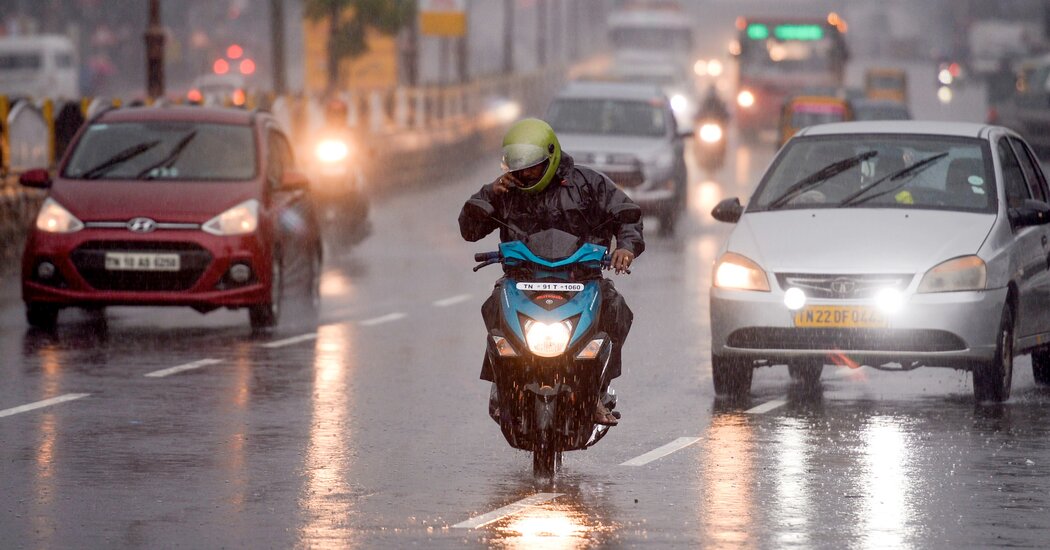 NEW DELHI — A severe cyclone gathered speed off India’s eastern shores in the Bay of Bengal on Wednesday and was poised to make landfall around midnight local time.

Cyclone Nivar, the fourth named storm in the North Indian Ocean this year, was expected to make landfall near Puducherry, a city about 90 miles south of the manufacturing hub of Chennai in the state of Tamil Nadu.

Both cities were lashed with strong wind and heavy rains. Officials had begun evacuating makeshift housing along the coast, sending residents to cyclone shelters and relief camps.

Nivar was expected to make landfall at a speed of about 75 miles an hour, equivalent to a category 1 hurricane on the Saffir-Simpson scale, bringing heavy rainfall, squalls and flooding.

In a tweet on Tuesday, Prime Minister Narendra Modi said he had spoken to the top officials of Tamil Nadu and Puducherry.

“I pray for the safety and well-being of those living in the affected areas,” Mr. Modi said.

Cyclones have grown more intense and more frequent across South Asia as climate change has resulted in warmer sea temperatures.

Cyclone Amphan, the most severe to hit South Asia in decades, forced the relocation of three million people in India and Bangladesh in May as it washed away bridges and downed electrical lines.

In Chennai, television news showed waves lashing the rocky coast and people walking through knee-deep water. Several hundred evacuees waited for the storm in shelters in Puducherry, where streets were essentially deserted except for some government emergency personnel.

With India’s coronavirus caseload topping nine million, officials said social distancing and mask-wearing would be observed in the shelters.

“All the government machinery is put on the task,” said Puducherry’s revenue minister, M.O.H.F. Shahjahan.

“We are fully prepared,” Mr. Shahjahan said. “Now it all depends upon how nature reacts.”