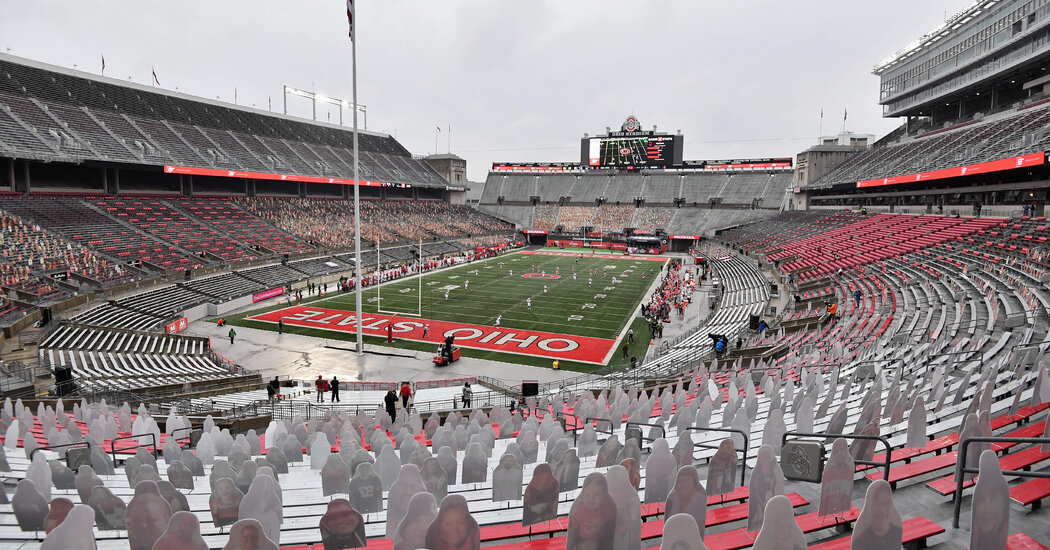 “This year, however, no one will be going home for Thanksgiving and the team will dine together on Thursday,” Jerry Emig, an associate athletic director, wrote in an email. “Senior Tackle won’t take place until later. We fly to Illinois Friday afternoon.”

Most schools said they did not give their players any specific guidance for Thanksgiving, relying on the messages they have conveyed for months. That message, as John Bianco, an associate athletic director at Texas, put it: “They’re constantly reminded by our team medical personnel and coaches to always wear a mask, wash hands, stay at a safe distance and to not be in any large crowds.”

One of the few schools that did give players Thanksgiving travel guidance was Virginia, which updated the travel policy sent to all athletes in October, said Jim Daves, an assistant athletic director.

Travel- and family-related peril has been ever-present this season. With shorter schedules because of fewer, or no, nonconference games and some leagues starting the season late, as well as unexpected open weekends after games were postponed or canceled, athletic departments have fretted over off-days all season long.

“Quite frankly, it was more of a concern a few weeks ago when we had an open week and the players had several days off,” said Steve Fink, an assistant athletic director at South Carolina.

The coronavirus will threaten the season right until the end. The number of cases is spiking nationwide, and the virus has already killed more than 257,000 people in the United States. If the worst fears of public health officials are borne out, those numbers will only accelerate in December, when players are practicing for the extremely lucrative bowl games but also have unusual amounts of free time.