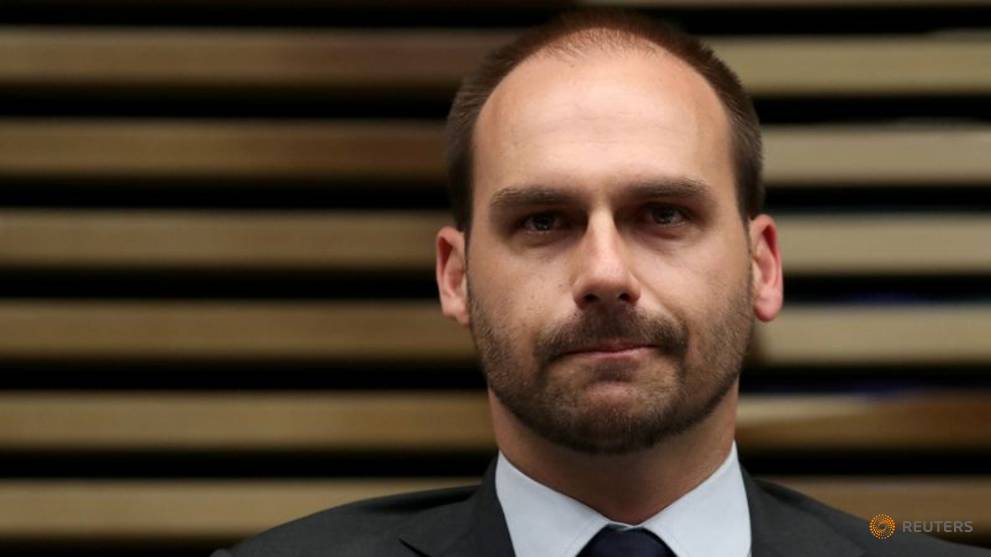 BRASILIA: China’s embassy in Brazil on Tuesday (Nov 24) said a son of President Jair Bolsonaro had harmed relations between the two countries with critical comments about telecommunications equipment firm Huawei.

The rift was the latest chapter in a battle between China and the United States over US claims that China’s Huawei Technologies Co Ltd is a security threat. The United States imposed trade restrictions on Huawei in September.

Huawei has repeatedly denied being a security risk.

Congressman Eduardo Bolsonaro, the president’s son, has made statements that “darken the friendly atmosphere between the two countries and hurt the image of Brazil,” the Chinese embassy wrote on Twitter.

Brazil’s right-wing government in early November joined the US-led Clean Network, a digital alliance among more than 30 countries and big telecom companies that excludes technology that Washington views as manipulated by China such as Huawei’s.

Part of the initiative focuses on building 5G mobile phone networks that exclude equipment from China’s Huawei and ZTE. Brazil’s top carriers, meanwhile, are already testing Huawei equipment for 5G and have said they would prefer to have as many options as possible.

Eduardo Bolsonaro on Monday referred in a tweet to Huawei technology as “Chinese espionage” before deleting the post.

In a post that remains visible, he wrote that the Clean Network initiative is meant to counteract “enemies of liberty”, such as the “Chinese Communist Party”.

In a series of Twitter posts on Tuesday, the Chinese embassy called the comments “totally unacceptable”.

Huawei has said it abides by Brazil’s laws and is available for any tests and clarifications authorities deem necessary.