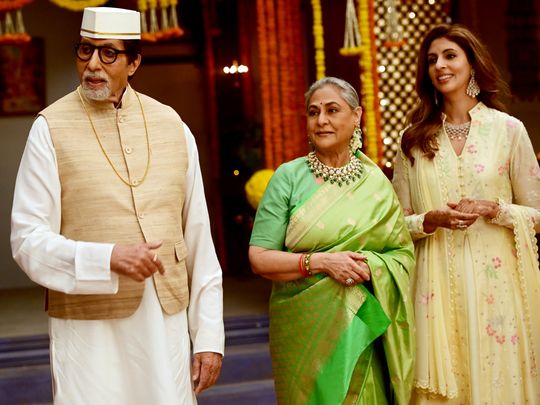 Amitabh Bachchan has shared several candid shots of shooting with wife Jaya Bachchan and daughter Shweta, saying that working together with his family brings a sense of camaraderie.

Amitabh has captured the moments from a set on his social media, without mentioning what the shoot was for. The veteran star wrote on Twitter was: “family at work.”

“The family works together .. and there is a sense of togetherness and camaraderie .. and sharing and suggesting and .. well just being there ..… in the thoughts of those .. that suffer from pain and loss … but work goes on and in the interim .. there is still uniformity,” he wrote on his official blog while sharing the pictures.

The actor will also star with Deepika Padukone and Telugu superstar Prabhas in a multilingual mega production for the big screen.