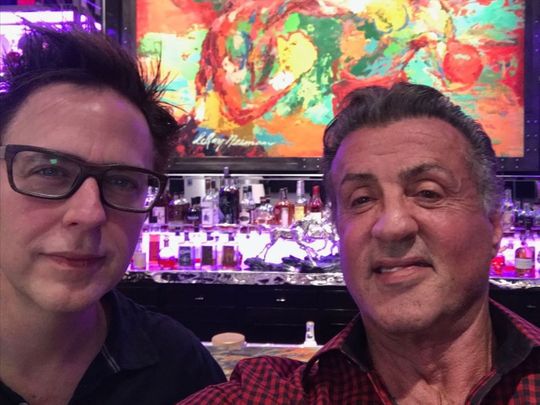 Gunn posted a picture on Instagram, where he is posing with Stallone.

“Always love working with my friend @officialslystallone & our work today on #TheSuicideSquad was no exception. Despite Sly being an iconic movie star, most people still don’t have any idea what an amazing actor this guy is,” Gunn captioned it.

Stallone also appeared in Gunn’s ‘Guardians of the Galaxy Vol 2’, where he played the role of Stakar Ogord.

‘The Suicide Squad’ is a follow-up to the popular 2016 film helmed by David Ayer.

Robbie will be seen reprising her role in the upcoming movie. She will be seen sharing screen space with Idris Elba, Joel Kinnaman and Taika Waititi.

Gunn penned the screenplay based on the comic book by John Ostrander.

The film is scheduled to release on August 6 next year.