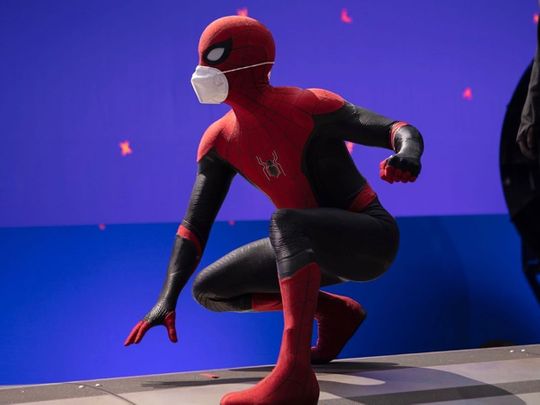 On Friday, the 24-year-old British actor took to Instagram to share a behind-the-scenes photo of himself dressed as the character. The actor was also seen wearing a white face mask.

As reported by Fox News, to the delight of many Marvel Cinematic Universe fans, it was announced last year that Spider-Man would not be leaving the MCU anytime soon.

After a public fallout in August 2019, Sony Pictures Entertainment and The Walt Disney Studios found a way to work together, with the studios revealing that they would be teaming up once more to produce the third ‘Spider-Man’ film starring Holland.

According to Fox News, the disputes over the profit-sharing structure put ‘The Spider-Man’ series’ future in the MCU in doubt, much to the chagrin of many fans who had enjoyed seeing Spider-Man fighting alongside ‘The Avengers’.

The movie is slated to be released in December 2021, five months after its initial date, according to The Hollywood Reporter.