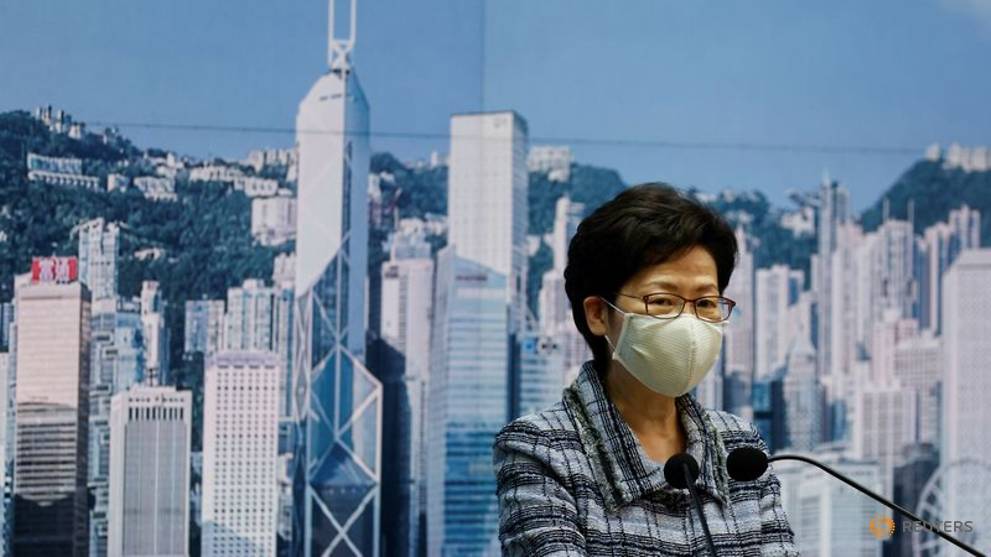 HONG KONG: Hong Kong leader Carrie Lam will travel to Beijing on Tuesday (Nov 3) to meet with Chinese officials to seek help in reviving Hong Kong’s economy and discuss reopening the borders with mainland China as coronavirus infections in her city dwindle.

Lam said the meetings, set for Wednesday through Friday, will include discussions on how Hong Kong can integrate into China’s national development, as well as how it can cooperate with Shenzhen – a southern Chinese city that borders Hong Kong – as part of the Greater Bay Area integrated economic scheme.

She also told reporters that she plans to discuss when Hong Kong and mainland China will be able to resume the flow of people across the border without quarantines.

Since March, residents in mainland China and Hong Kong have been required to quarantine for two weeks when they cross the border due to the pandemic.

“That is very important to economic activities, from the provision of professional services, visiting relatives and going to schools,” Lam said.

Lam’s trip to Beijing comes after she postponed her annual policy address two days before it was scheduled to take place last month, saying that support from Beijing would allow her to give a speech later that would boost confidence in Hong Kong’s economic future.

Confidence in Hong Kong’s semi-autonomous status, promised to the city when Beijing took back control of the former British colony in 1997, has been shaken since mainland authorities imposed a national security law over the territory this summer.

The city’s economy has also taken a hit due to the pandemic, with its borders closed to tourists since the end of March.

With regards to the US presidential election, Lam said she expects the next president to evaluate the importance of Hong Kong within China-US relations.

“I hope that the new US administration will handle relations with Hong Kong in a comprehensive way, taking into account the interests of the many US businesses in Hong Kong that employ a lot of people, and will not thoughtlessly allow political considerations to have an unwarranted effect on Hong Kong,” she said.