BANGKOK: Some students at Thailand’s Thammasat University posed with cardboard cutouts of well-known critics of the monarchy in a protest on Saturday (Oct 31) as King Maha Vajiralongkorn was to present degrees amid growing calls for royal reform.

Youth and student-led demonstrations that began in July by demanding the ousting of former military leader Prayut Chan-o-cha as prime minister have increasingly called for curbs on the king’s powers, breaking a longstanding taboo.

State broadcaster Thai PBS quoted a source as saying only around half of this year’s 9,600 Thammasat graduates joined rehearsals that are essential for those attending the degree ceremony.

Last year, it said, only 10 per cent missed the final ceremony.

The palace has made no comment since the protests began. Prayut warned students on Friday not to disrupt the graduation ceremonies at Thammasat, long seen as a centre of radicalism.

“I chose to take a picture with Somsak because I respect him and I don’t think he deserves whatever happened to him for speaking the truth and bravely criticising the monarchy openly,” said one 23-year-old student, who gave his name as Marut.

Some students posed with a cardboard cutout of Bernard, a well-known nut seller on the campus for decades. Many students, at the ceremony with their families, ignored the cutouts.

The university did not respond to a request for comment.

On Friday, some students boycotted the graduation ceremonies led by the king.

Suppanat Kingkaew, 23, said he was boycotting the ceremonies being held on Friday and Saturday at Thammasat University.

“Whatever it takes so that the hall is left with the smallest number of people,” Suppanat told Reuters. “This is to send an indirect message that some of us are unhappy with the monarchy and we want change.”

It was unclear how many students joined the boycott. Pictures from the hall showed only alternate seats occupied because of social-distancing measures to prevent the spread of coronavirus.

The king told students to use their knowledge and ability to honour and serve the country.

Papangkorn Asavapanichakul, 24, was among those who did attend the graduation. “I want the photograph. It’s a once-in-a-lifetime event,” he said.

Of those students planning to attend the ceremonies, some said family pressure had outweighed politics.

“My mother asked me to come,” said one 24-year-old student who gave his name only as Japan. “I didn’t really want to join it, honestly.”

The graduation ceremony with accompanying photos is a rite of passage in Thailand.

​​​​​​​Many families display gilt-framed pictures of graduates receiving degrees from the monarch, a practice begun last century to strengthen royal bonds with the middle class.

This year’s protests have challenged the prestige of the Palace to the greatest extent since the 1932 revolt that ended absolute monarchy.

A week-long government crackdown in mid-October, with a ban on protests and the arrest of many protest leaders, backfired when it prompted bigger demonstrations.

Three of the best-known protest leaders were re-arrested overnight after the expiry of the limit for keeping them detained. Pictures of one of them being carried unconscious from a police van fuelled protesters’ anger.

Thai Lawyers for Human Rights said it believed Panupong “Mike Rayong” Jadnok, 24, had been put in a chokehold by police. Police spokesman Kissana Phatanacharoen told Reuters “he had a reaction and so was sent to the hospital”, describing the arrest procedures as “normal”. 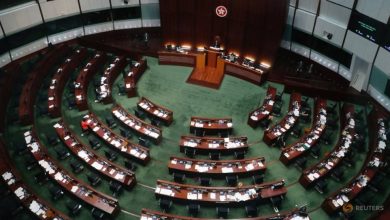 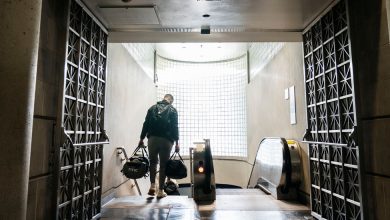 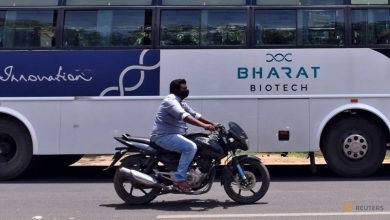 Exclusive: India-made COVID-19 vaccine could be launched as early as February – government scientist

Anushka Sharma on pregnancy: ‘Nothing is more real and humbling’
September 13, 2020

Anushka Sharma on pregnancy: ‘Nothing is more real and humbling’