SINGAPORE: Barely six months ago, media reports labelled cruise ships as “early incubators” of the coronavirus. News feeds were filled with images of cruise workers marooned at sea, as fears of COVID-19 shut down international ports.

When the cruise industry powered down, a new international logistical nightmare grew. With the majority of ship operations run by migrant labour, the task of bringing cruise workers home turned into an unprecedented repatriation effort.

In contrast, cruise workers’ experiences after arriving home received little media attention and a far more muted government response. There seemed to be an implicit assumption that the biggest hurdle these workers faced was returning to their places of origin.

READ: Commentary: Philippines’ returning workers are heroes. Yet many are stranded, competing with countrymen for jobs in Manila

Setting foot on home country soil signified the end of their pandemic “ordeal.”

Yet, as cruise companies now work to resume voyages, cruise workers would argue that the worst of their fears is not the prospect of future outbreaks and getting “stuck” at sea.

Rather, it is the anxiety of once again becoming stranded at home.

In the past six months, I documented the experiences of Filipino cruise workers repatriated to the Philippines since losing their jobs due to COVID-19.

Together with Karen Liao, a PhD candidate from the National University of Singapore, we carried out in-depth interviews of 45 workers from the biggest cruise companies in the world.

Filipinos comprise close to 30 per cent of workers onboard cruise ships globally. In attempting to draw out conclusions for workers in this varied industry, our interviewees came from a wide range of positions – from cooks and bartenders to dancers and daycare workers.

Before the pandemic, Filipino cruise workers were highly regarded as saviors of the nation, sending monetary remittances that provided for families and bolstered the country’s economy.

With board and lodging free onboard, cruise workers remitted a higher proportion of their earnings back home, often with the hope of building a house or starting a family business.

Cruise workers also returned to the Philippines more frequently than migrant workers based in other countries, given that their contracts last for only seven to eight months at a time.

Yet, once the pandemic struck, cruise workers lost both their jobs as well as the status they enjoyed as “modern-day heroes” of the nation.

While COVID-19 affected the livelihoods of all migrants, cruise workers comprised the largest group of overseas Filipino workers repatriated to the Philippines at the onset of the pandemic.

At home, cruise workers found themselves returning to a labour market with fewer opportunities, as lockdowns and travel restrictions battered the local hospitality industry.

The Philippines currently has the second highest number of COVID-19 infections in Southeast Asia.

Piolo, a line cook, discovered this when he contacted the owner of a Japanese restaurant where he used to work, hoping they might give him a part-time position.

The owner responded saying the restaurant would probably be going out of business soon.

READ: Commentary: Worst time ever to be an overseas Filipino worker

READ: ‘We feel like guests’: More than 5,000 Filipino seafarers from abandoned cruises wait out quarantine in Manila Bay

Another cruise worker, Claire, had spent three contracts working her way from buffet attendant to assistant waiter, a promotion achieved through long hours serving thousands of guests at the ship’s dining room.

Yet, such experience did not help as she competed with countless other young Filipinos looking for work in Manila’s hotels and restaurants.

Desperate, Claire applied to work as service crew for a local fast food chain, only to have the manager question her motives for wanting a position for which she was overqualified.

Why would a successful cruise worker want this job? “I said I don’t know when I will be able to return to the ship,” Claire recalled. “I am taking this chance because I need to start earning money.” She was not offered the position.

The manager worried that she would leave once the cruise industry was ready to set sail once again.

As the number of returning migrants grew, non-profit organisations offered advice on how ex-cruise workers can “reinvent” themselves for local employers.

However, in most places, the only available jobs were within call centre agencies. Filipino cruise workers found that their years of experience honed onboard ships have little value to these companies.

Instead, cruise workers started small online businesses, selling food items and clothing. While these efforts provided some income, it was simply a means of coping with unemployment and buying time until the cruises resumed.

Adding to the struggle of finding work, cruise workers also encountered varying levels of sympathy from fellow countrymen who had also been retrenched and furloughed due to the pandemic.

Many of our interviewees shared that people often found it hard to believe that cruise workers do not have enough savings to survive a few months of unemployment.

In seeking aid from government agencies, cruise workers encountered questions about their spending habits. Given that many Filipinos in the Philippines had also lost their jobs, shouldn’t state funds be given to those who had not worked overseas? Do cruise workers lack savings because they had been careless with their money or frivolous in their consumption habits?

Our interviews reveal the opposite. A closer look at cruise workers’ expenses show many had followed the Philippine government’s conventional advice for migrant workers. They invested in property, personal life insurance and paid off old loans.

In fact, the long period of unemployment quickly turned these wise pre-pandemic investments in insurance premiums into unpaid bills instead.

As cruise companies attempt to resume voyages in the context of a “new normal,” no one is happier than the workers who had invested in the cruise industry as a means of realising their plans for a better life.

Yet, the wait is far from over. Before the pandemic, cruise companies managed manpower in an efficient rotational system, with some people working onboard while others went on a “break” back home.

By the time one batch of workers completed their contracts, another group was set to leave for a new assignment. Now, everyone is waiting in queue for new contracts. Who gets to go first and who has to spend another six months unemployed?

For our interviewees, such uncertainty has made them both hopeful and anxious. Paul, a bar waiter, started a Facebook group chat for co-workers after his company declared a no-sail policy in March.

At that time, much of the group’s chatter was about seeking government benefits and starting online businesses. This month, the group is abuzz with news that their company will be calling on people for new contracts soon.

READ: The Big Read: Amid the crisis of a generation, losing one’s job takes a heavy emotional and mental toll

Paul was enjoying his vacation in the Philippines when the pandemic hit the industry so he did not have to be repatriated home. Now, he cannot wait to return to the ship.

He had heard that when cruise workers were stranded onboard, the company had paid them a reduced salary, with free food and accommodation.

Hearing this convinced him that he would rather be on the ship if the virus forces the cruise industry to shut down once again. At least, he would be able to earn a little more money to support his two-year-old at home.

I told Paul that I had heard other stories of cruise workers who had to endure months isolated in their cabins while their ships sailed in circles in a prolonged cruise to nowhere to keep the engine going at times. Would this be worth the money and the risk?

Paul shrugged and smiled. “It is better than coming home to nothing.”

In thinking about how the pandemic impacts migrants, the struggles of Filipino cruise workers underline the need to go beyond the task of repatriation and consider deeper issues of home country reintegration.

The cruise workers I interviewed shared that while being onboard during the pandemic was stressful, they were more anxious about long-term problems such as losing previous investments and rebuilding their lives in a domestic market where their skills do not have as much value.

READ: Commentary: COVID-19 outbreak has become an existential crisis for the cruise industry

In many ways, the restarting of the cruise industry offers some hope. However, if governments and social institutions are looking for sustainable solutions to the struggles of cruise workers, resources must be channelled towards interventions that go beyond simply bringing people home.

Yasmin Y. Ortiga is an Assistant Professor of Sociology at the School of Social Sciences, Singapore Management University. More of her research can be found in her book, Emigration, Employability, and Higher Education in the Philippines (Routledge). 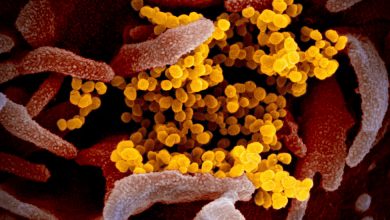 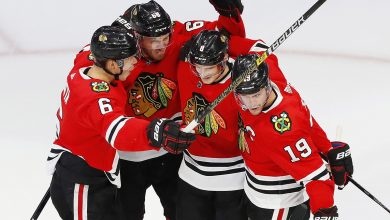 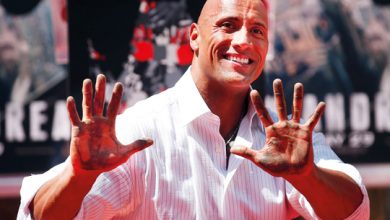 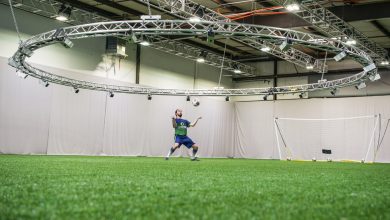 Want to Be Better at Sports? Listen to the Machines