DHAKA: Tens of thousands of protesters marched through the Bangladesh capital on Tuesday (Oct 27) in the biggest anti-France rally since President Emmanuel Macron defended cartoons depicting the Prophet Muhammad.

Muslims across the world have reacted furiously to Macron’s robust defence of the right to mock religion following the murder of a French schoolteacher who had shown his pupils cartoons of the prophet.

In Syria, people burned pictures of France’s leader, tricolour flags were torched in the Libyan capital Tripoli and French goods have been pulled from supermarket shelves in Qatar, Kuwait and other Gulf states.

Protesters in Dhaka set an effigy of Macron alight during Tuesday’s march in which police said 40,000 people took part.

Hundreds of armed officers used a barbed-wire barricade to stop the demonstrators, who dispersed without violence before they could get close to the French embassy in the Bangladeshi capital.

The rally was called by Islami Andolon Bangladesh (IAB), one of the country’s largest Islamist parties, and started at the biggest mosque in the nation, which is around 90 per cent Muslim.

“Boycott French products,” demonstrators chanted as they called for Macron to be punished.

Ataur Rahman, a senior Islami Andolon member, told the rally at the Baitul Mukarram national mosque: “Macron is one of the few leaders who worship Satan.”

Rahman called on the Bangladesh government to “kick out” the French ambassador while another protest leader, Hasan Jamal, said activists would “tear down every brick of that building” if the envoy was not ordered out.

“France is the enemy of Muslims. Those who represent them are also our enemies,” said Nesar Uddin, a young leader of the group.

Even after the rally was halted, demonstrators marched down other streets chanting “Boycott France” and “Macron will pay a high price”.

Paty had shown his students some of the Muhammad cartoons over which 12 people were massacred at the satirical magazine Charlie Hebdo in 2015.

READ: France tells expats in Muslim countries to watch out for cartoons backlash

Depictions of the Prophet Muhammad are seen as offensive by many Muslims, but in France such cartoons have become identified with a proud secular tradition dating back to the Revolution.

In the aftermath of Paty’s murder, Macron issued a passionate defence of free speech and France’s secular way of life, vowing that the country “will not give up cartoons”.

France has been targeted in a string of jihadist attacks that have killed over 250 people since 2015 and led to deep soul-searching over the impact of Islam on the country’s core values.

Some of the attackers have cited the Muhammad cartoons as well as France’s ban on wearing the Islamic face veil in public as among their motives.

Several suspected Islamist radicals have been arrested in dozens of raids since Paty’s murder, and about 50 organisations with alleged links to such individuals have been earmarked for closure by the government.

Earlier this month, Macron unveiled a plan to defend France’s secular values against a trend of “Islamist separatism”, and described Islam as a religion “in crisis”.

As the backlash over France’s reaction to the cartoons widened, leaders from European nations including Germany, Italy, the Netherlands and Greece rallied behind Macron.

However, Islamic and Muslim-majority nations have hit out and protesters have taken to the streets, though not in near the numbers seen in Dhaka.

READ: Tensions between EU and Turkey escalate over Erdogan insults

Turkish President Recep Tayyip Erdogan – who has styled himself a defender of Muslims worldwide – has compared the treatment of Muslims in Europe to that of Jews before World War II, saying they were the object of a “lynching campaign”.

Tehran has summoned a senior French envoy, the charge d’affaires, and the Saudi foreign ministry said on Twitter it denounced “the offensive cartoons of the Prophet”.

The Malaysian opposition leader Anwar Ibrahim slammed Macron’s comments on Islam being in crisis as “offensive” and “unreasonable”, adding in a statement: “With freedom comes responsibility, a responsibility notably absent from the rabblerousing smears essayed by Monsieur le President.”

Macron has also drawn fire in Pakistan and Morocco, while the Palestinian Islamist group Hamas, the Taliban in Afghanistan and the Lebanese Shiite movement Hezbollah have also spoken out against France.

More demonstrations were planned for later on Tuesday in Gaza, the West Bank, Israel and south Yemen. 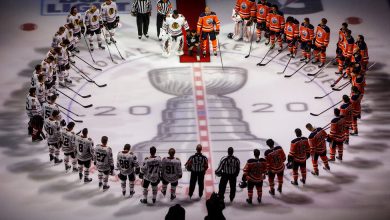 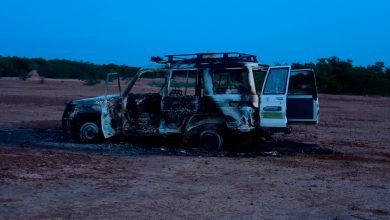 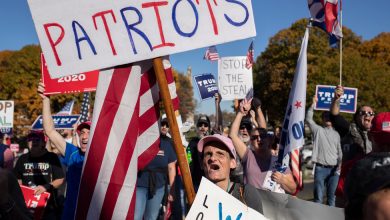 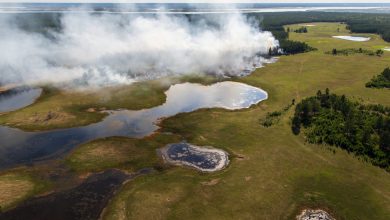 Berlin Film Festival to go ahead next February despite pandemic
August 25, 2020

Berlin Film Festival to go ahead next February despite pandemic

Trisha walks out of Chiranjeevi film over ‘creative difference’
March 14, 2020

Trisha walks out of Chiranjeevi film over ‘creative difference’

With ‘The Searcher,’ Tana French ventures into new territory
October 6, 2020

With ‘The Searcher,’ Tana French ventures into new territory