BIRMINGHAM, England — Carlos Acosta had big plans. In early February, he announced the first season he had programmed as artistic director of Birmingham Royal Ballet. The Cuban-born ballet star, a longtime principal dancer with the Royal Ballet in London and the first Black person in Britain to run a major ballet company, had only started the job in January, but was full of ideas to bring in new choreographers, partner with Birmingham institutions and make the company more accessible to its public. The autumn season, following an ambitious summer festival, was set to include ballets by Jiri Kylian, Uwe Scholz and Daniela Cardim, with more than 20,000 tickets costing 20 pounds (around $26) or less.

But then, when the coronavirus struck, “We went from Plan A to Plan B to Plan I Just Don’t Know,” said Mr. Acosta, 47, in a backstage interview at the Birmingham Repertory Theater on Saturday, where his company was performing a short run of a new triple bill. (Yes, live! With an audience! And musicians!)

“I found it very hard,” he said. “I had to get to know the company and the staff via Zoom, and was saturated by documents and planning issues. I am someone who lives in my body, and needs that physicality — and I knew the dancers did, too.”

But Mr. Acosta — the youngest of 11 children who grew up in a poverty-stricken neighborhood in Havana — is no stranger to adversity. He and his staff worked out a “bubble” system, in which the dancers rehearse and perform in discrete groups, and are subject to rigorous mask-wearing, symptom-checking rules, but no social distancing.

In mid-August, Mr. Acosta announced the triple bill, which includes a commission, “Lazuli Sky,” by Will Tuckett, set to John Adams’s “Shaker Loops,” as well as Vicente Nebrada’s “Our Waltzes,” for 10 dancers, and Valery Panov’s solo, “Liebestod.”

On Thursday, the program will be the first live show to open at Sadler’s Wells, in London, since the lockdown and it will be available to view online from Nov. 1 to Nov. 7. And last week, Mr. Acosta announced that Birmingham Royal Ballet would perform “The Nutcracker” both at the Birmingham Repertory Theater and at the Royal Albert Hall in London over the holiday season.

In a wide-ranging conversation, Mr. Acosta talked about adapting his artistic plans, getting dancers back onstage, and what he thinks of the debates around diversity raging in the ballet world. Here are edited excerpts.

This program is fairly conventionally classical. Does that reflect your vision for the company?

This program was really an emergency program; we had to think about the economics and logistics. You have the bubbles, you want all the dancers to have something to work on, and you want substantial pieces.

But I am proud of this program; it is classical, it’s joyful, the works are new to Birmingham and the company, and we got a world premiere, which I don’t think anyone else has done, using augmented reality and amazing design and music. It’s classical, but with a contemporary aspect that looks to the future.

How do you see the company moving forward in pandemic conditions?

The most difficult thing for everyone in our sector right now is not knowing how to plan: Will there still be social distancing by next summer? Will people come? Could we be shut down?

At the moment we are losing money with every performance, but I still think we have to perform. What’s encouraging is that everything has sold out immediately and we have put on extra performances in both Birmingham and London. If we hit our target with “Nutcracker” at the Royal Albert Hall, we will just cover our costs, but we felt we must do it as a signal for the dance world.

Essentially, we have kept our plans, but pushed everything out. We are going to do some big ballets: “Cinderella,” “Sleeping Beauty,” “Don Quixote.” If we are still doing bubbles and social distancing, we might have to downscale the productions. Let’s see.

What kind of balance do you want between the traditional full-length story ballets and a more contemporary repertory?

The classics aren’t going anywhere; our core audience loves them and that’s part of what we do. But I want to challenge the perception that ballet is for white people, this is for old people. Ballet can also speak about the time we are living today, use the technology we have today.

I also think a company needs its own identity. We are in Birmingham, with its own demographic, and we have to keep that in mind when commissioning. I want to highlight how important the city has been to the U.K. Heavy-metal music was born here, Led Zeppelin came from here — we’ll do those ballets! But this art form was born centuries ago, and we have a responsibility to cultivate that side, too.

Diversity has been a problematic issue for ballet companies for a long time, and the Black Lives Matter movement pushed that into the spotlight. Is this a preoccupation for you?

When I arrived at the Royal Ballet, in 1998, as the company’s first Black principal, there were only two Black dancers. I think we’ve moved on hugely. A high percentage of our company in nonwhite, and I am the director. There are still relatively few Black dancers, and it could be perceived as racism, that directors are making these choices. But I don’t think it’s like that. Which of us wouldn’t give everything to discover the next Black Aurora or Swan Queen?

The truth is there aren’t too many highly trained Black ballet dancers knocking at the door. The problem lies in education: kids who never get exposed to culture. I know this well; I didn’t read a book until I was 25. We need role models for kids, who will see a Black dancer on a poster, and to say to themselves, “I can be a prince too.”

Are you happy with the measures the government has taken to help the cultural sector in Britain? Could more be done?

We are very grateful for the furlough program, which allowed us to keep everyone employed and to do this program. I think they have genuinely tried their best, but at government level people don’t really know how the cultural sector works, so it gets the same general rules as everyone else.

I do wonder if there wasn’t a way to involve cultural figures and give them more power in deciding how to keep people safe. It’s in our interests to do this really well, so no one is going to do anything irresponsible. Perhaps we could have opened earlier with more aggressive testing and bubble procedures, and had more data on transmission, with social distancing policies, in theaters? We are all hard-working and creative in this sector: If we had started earlier, by now we would have mastered it. 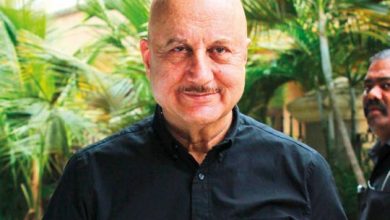 Coronavirus: Anupam Kher opts for self isolation after returning from New York 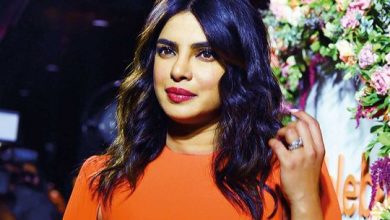 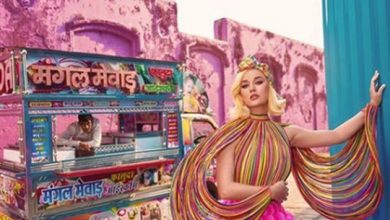 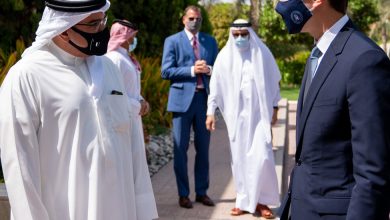 Bhumi Pednekar thinks cyclones are warning from the planet
May 25, 2020

Bhumi Pednekar thinks cyclones are warning from the planet

Dwayne Johnson reveals he had ‘buck teeth’ as a kid