Kershaw wasn’t as dominant in the Dodgers’ 4–2 win in Game 5 as he was in the series opener, but he maintained an early lead without his best stuff and pitched L.A. within one win of its first World Series title in 32 years.

His performance Sunday was perhaps the clearest indication that the greatest pitcher of his generation has overcome the dreaded discourse of the Kershaw Playoff Narrative, his presence steadying after the cacophonous finish to Game 4.

Meanwhile, it was the 6’8” Glasnow who seemed rattled from the start. After the first two hitters, Los Angeles already had snapped whatever momentum the Rays carried over from the previous night’s improbable walk-off win. Mookie Betts ripped a leadoff double and Corey Seager stroked an RBI single to right.

Just 10 pitches in, the Dodgers had Glasnow on the ropes. He needed 34 to get out of the first inning, and Kershaw took the hill with a two-run lead.

Somehow, Glasnow made it through five innings, allowing four runs on six hits, three walks and two home runs. He struck out seven, including three in the first, but also uncorked three wild pitches—a World Series record—by the third inning.

As it often does in October, this game came down to pitching, and the Dodgers clearly had the better arms Sunday night.

For the second time in the series Manuel Margot negated his two good baserunning plays by needlessly getting thrown out at the plate.

In Game 2, he broke for home with one out on a routine grounder right at Seager. This, after he stole second and advanced to third on a fly out. In Game 5, it was wackier.

Margot walked to start the inning, stole second and advanced to third on a missed catch from second baseman Chris Taylor during the steal attempt. Hunter Renfroe then walked. Runners on first and third. Nobody out. Tampa trailing by one.

Kershaw got Joey Wendle to pop out to short and fanned Willy Adames on three pitches. The Dodgers had a chance to escape the jam without allowing a run, the Kershaw Playoff Narrative teetering with every pitch.

Along with Randy Arozarena, Kevin Kiermaier seemingly has been involved in every Rays rally this World Series. He hit a game-tying homer in the seventh inning of Game 4 and his one out bloop single in the ninth inning set the stage for its chaotic conclusion. His leadoff single in the third inning of Game 5 led to the first two Rays runs of the night.

Kiermaier fouled off a 91.3-mph fastball from Kershaw on the first pitch. Then, as Kershaw came set, Margot took off down the third-base line toward the plate.

First baseman Max Muncy saw him going and told Kershaw to step off. Kershaw, calmly but efficiently, detached from the rubber without balking and fired home. Catcher Austin Barnes applied the tag just in time. Inning over. Kershaw held the lead.

Joc Pederson continues to do his best hitting in October. The Dodgers left fielder crushes fastballs, and he demolished a 1-2 heater that Glasnow left up and out over the plate for a 428-foot solo home run to center field.

“They do not want that smoke,” shouted Pederson as he returned to the dugout after the blast. It extended the Dodgers’ lead to 3–0 and proved to be the decisive run.

With two outs in the fifth inning, Muncy tacked on one more Dodgers run when he tattooed a homer off Glasnow into seats in right-center. It was the 59th two-out run for Los Angeles in this postseason.

Dave Roberts went to his bullpen with nobody on and two out in the fifth inning, a peculiar time to remove Kershaw, considering the left-hander needed just two pitches to retire the first two hitters.

Still, Roberts stuck to his plan and called on right-hander Dustin May, who went 1 2/3 scoreless innings and struck out two. It was the first of a series of interesting Los Angeles pitching changes that proved to be the right call.

Kiermaier (who else?) led off the eighth with a single and, with one out, Roberts turned to lefty Victor Gonzalez to face pinch-hitter Ji-Man Choi. Rays manager Kevin Cash countered and sent Mike Brosseau to pinch-hit for the pinch-hitter. Gonzalez walked him, bringing Arozarena up representing the tying run.

Arozarena, the all-time single-postseason leader in hits and home runs, swung at the first pitch and flied out to shallow center field. Gonzalez then got Lowe to fly out for the final out of the inning.

Blake Treinen worked around a leadoff single to pick up his first career postseason save and push the Dodgers to the brink of a championship. 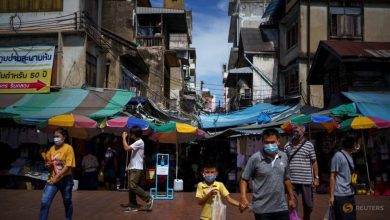 Excess deaths during Europe’s coronavirus outbreak were highest in England, according to U.K. analysis 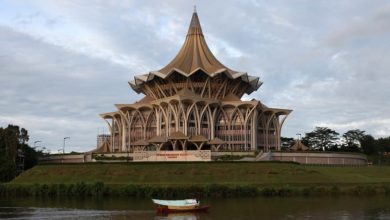 Comedian Jimmy Carr to perform in Dubai for the first time
July 29, 2020

Comedian Jimmy Carr to perform in Dubai for the first time