Seven months into his title reign, Drew McIntyre finally received the opportunity to close out a pay per view.

McIntyre’s first time in the main event ended in defeat, as Randy Orton finished their match with an RKO to crown himself the new WWE Champion.

Incredibly, a WWE title change was somehow the third most noteworthy part of the show. Roman Reigns and Jey Uso put on a storytelling clinic in the opening match. Reigns laid down a beat on both Jey and Jimmy Uso, officially becoming the head of the family in a post-match ceremony with family members–and wrestling luminaries–Afa and Sika. Sasha Banks and Bayley also combined for the match of the night. This was physical, violent and painful as both women continually put themselves at risk. The match ended with Banks enacting revenge on Bayley, using a steel chair in her favor and taking Bayley’s prized SmackDown title.

A gold standard in wrestling is the Bayley-Banks match from NXT TakeOver: Brooklyn in 2015, but it is impossible to compare the two matches, especially since the TakeOver match helped redefine the standard of a match throughout the industry. But this was special in its own right, and still leaves an opening for the story to continue to build toward WrestleMania.

WWE flexed its muscle with an elite card at Hell in a Cell. All three of the cage matches could have main-evented a pay per view, and it was certainly different to see Reigns work the opening match. Another important development occurred when The Miz seized control of the Money in the Bank contract, giving WWE a new “Mr. Money in the Bank”.

Here are the results from Hell in a Cell:

And here are my takeaways from the show:

Closing out the show in the main event is an honor, but this match had the challenge of being different from the Reigns-Uso and Bayley-Banks cage matches, which were both outstanding. Drew McIntyre and Orton were the only two to climb to the top of the cage, which was important, as it led to Orton taking control and then capitalizing upon a vulnerable McIntyre.

Orton finished McIntyre with an RKO for the win, but the momentum of the match shifted once McIntyre crashed off the side of the Hell in a Cell cage.

After winning the title at WrestleMania, McIntyre redefined himself in his run as WWE Champion. He had the added difficulty of performing the role of champ amidst an empty Performance Center each week on Raw, but he brought meaning to the belt and remains in position for another run with the belt.

Orton now begins his first reign as WWE Champion since 2017 and seeing him appear on Monday’s Raw as champ will be a familiar sight for wrestling fans.

Banks forced Bayley to tap, ending her run as champ at 380 days. The finishing sequence saw Banks lock a Banks Statement with Bayley’s head stuck inside a steel chair, a fitting callback to the manner in which Bayley used a steel chair to turn on Banks and injure her neck in September.

This is one of the best feuds in wrestling, and the match did not disappoint. The most compelling part was the solitary, undeterred pursuit from both Bayley and Banks toward the SmackDown title. In an era with an abundance of championship belts, this entire feud has been based around Bayley’s unremitting desire to stay champion, contrasted with Banks’s chase of the gold. A title only has as much meaning as its champion gives it, and this belt feels incredibly important with Bayley and Banks competing for it.

This was extremely physical. In addition to shots from a kendo stick and a Banks frog splash onto a steel chair, as well as Banks hitting a Bayley-to-Belly onto a ladder, both women put their bodies on the line with a pace that didn’t hold back. Symbolism was also visible in their gear, as Bayley wore black and Banks was adorned in all white–another reminder that these two perfectly portray their characters.

There is still more story to be told between these two, and hopefully it continues to build to WrestleMania 37.

One of the most remarkable accomplishments throughout the past year has been the manner in which Uso has been elevated into the main event picture. Even as recently as this summer, it would have seemed unrealistic for Uso to ever play a significant role for WWE as a singles wrestler, but that is exactly what has happened.

Although they are adversaries in the ring, Uso has also rewarded Reigns’s faith in his ability as a performer.

After Reigns took time off before WrestleMania, Vince McMahon wanted Reigns to return in August at SummerSlam. Reigns has had considerable input in the direction of his character since his return. After years of playing a more cartoonish protagonist, Reigns wanted an edge to his work and he wanted to be aligned with Paul Heyman, which were both approved by McMahon. He also wanted the chance to work a singles program with Uso, believing that Uso would rise to the occasion. So far, Reigns is correct—and WWE has a new singles star in Uso.

This match opened the card. It was a back-and-forth battle, and the end of this Hell in a Cell “I Quit” cage match arrived when Reigns finally gained control, wrecking both Jey and Jimmy Uso, refusing to allow the match to end until he heard Jey state “I quit”.

Reigns cut a tremendous promo atop Uso, reminding him he will always be better. The carnage stopped only briefly when Jimmy Uso came to the aid of his brother. Jimmy’s pleas brought Reigns to tears, and they appeared to reconcile before Reigns locked Jimmy in a guillotine. Jey then said “I quit” just so Reigns would break the hold on his brother.

The entire scene ended in spectacular fashion, as longtime WWE stars and family members Afa and Sika arrived to anoint Reigns as the head of the family table. WWE has built a phenomenal story here, establishing Reigns as the best act in wrestling—and opening the door for a Jey Uso run with the world title.

There were three matches on the main card–Jeff Hardy vs. Elias, The Miz vs. Otis, and Bobby Lashley vs. Slapjack—that did not take place inside a Hell in a Cell structure, which were necessary on a card with such intense feuds and high drama.

The first of those three matches saw Elias defeat Jeff Hardy by disqualification. There is still a lot left to this program, so it is no real surprise that there was not a clean finish here. Will it be possible for WWE to enhance both talents in this program? Hardy is open about his desire to be part of a world title program sooner rather than later, and Elias remains one of WWE’s most underutilized stars.

Following that match was The Miz challenging Otis with the winner receiving the Money in the Bank title contract. Putting the contract at stake is a concept that WWE should regularly employ, as it is a way to revive interest (or call an audible) in a Money in the Bank angle.

Miz won the match and became the new “Mr. Money in the Bank” when Tucker turned on Otis, knocking him out with a shot from the briefcase.

Clearly, there were clearly no long-term plans for Otis as champion. Otis’ new program is with Tucker, which is slightly complicated since Otis is on SmackDown and Tucker is on Raw, but WWE has the ability to rewrite rules whenever it is convenient. Personally, I would have preferred the two remained together as Heavy Machinery and returned to the tag division.

As for Miz, he now has a new purpose with the possession of the briefcase and title contract.

The only piece of the card that was unnecessary was Lashley defending the United States Championship against Retribution’s Slapjack. Lashley deserves more, as all this did was provide a break in intensity between the final two cage matches. The card would have benefited if the R-Truth-Drew Gulak match took place in this spot instead of on the kickoff show.

After a run with the title that kicked off in April, Drew McIntyre is no longer WWE Champion. That distinction now belongs to Randy Orton, who earned this title reign by putting in months of compelling work. It appeared that Orton’s window to defeat McIntyre had closed, but this decision opens up new opportunities—and allows Edge to emerge as a top contender for the title upon his eventual return.

Sasha Banks also dethroned Bayley after her tremendous 380-day reign as champ. Five years after making magic at NXT TakeOver: Brooklyn, Banks and Bayley did it again in the Hell in a Cell cage. Roman Reigns was spectacular, building himself into an even bigger star while also guiding Jey Uso to a seat at the main event table. And The Miz is now also a bigger part of the story, as he gives new life to the Money in the Bank contract.

WWE has been on a hot streak with their pay per views, and that run continued at Hell in a Cell. 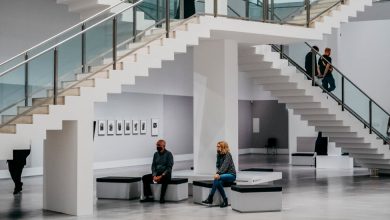 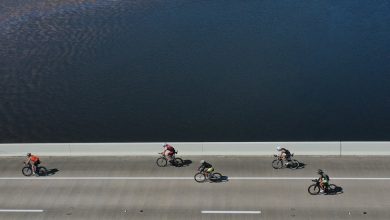 The Pandemic Wiped Out Endurance Races. How They Plan to Come Back 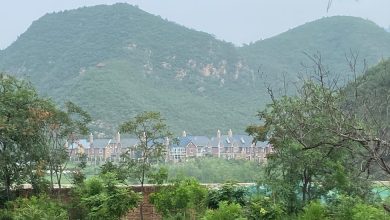 Beijing Launches Another Demolition Drive, This Time in Its Bucolic Suburbs 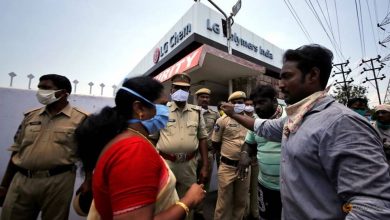