Bollywood producer and Sushant Singh Rajput’s friend Sandip Ssingh, who has slapped a Rs2 billion (Dh99.4 million) lawsuit against Republic TV’s editor-in-chief Arnab Goswami for allegedly damaging his reputation, claims that he will continue his fight to restore his tarnished image.

“I had to seek counselling to ensure my mental balance… For 50 days at a stretch, he hampered my image on a daily basis. So, will he now come for 50 days on television and say ‘sorry’ every day?” said Ssingh in a phone interview with Gulf News during his trip to Dubai on October 22.

SSingh, who has produced films including Priyanka Chopra’s boxing drama ‘Mary Kom’ and the hagiographic biopic ‘PM Narendra Modi’ on the incumbent Indian Prime Minister, claims to be one of the biggest casualties in the media spectacle and speculation-fuelled reportage on Rajput’s death on June 14.

Initially, Ssingh was considered to be one of Rajput’s close friends and a support system for the actor’s family as he quickly made funeral arrangements for Rajput.

At the time of this interview, Ssingh was in Dubai to scout for locations for his new comedy ‘Blockbuster Gang’, that is likely to star one of the biggest on-screen pairs. According to rumours, ‘Munna Bhai’ actors Sanjay Dutt — who has just been given a clean chit after his cancer battle — and Arshad Warsi will reunite to create magic again. While Ssingh is training his energy on filming in the UAE soon, the producer swears that he will rebuild the goodwill that he has built over the years. Republic TV is yet to respond to Gulf News about Singh’s allegations.

On October 12, more than 38 entities — film associations and Bollywood production houses including those owned by Karan Johar, Shah Rukh Khan and Farhan Akhtar — slapped a lawsuit against Goswami and Pradeep Bhandari of Republic TV, as well as Rahul Shivshankar and Navika Kumar of Times Now for “conducting media trials of Bollywood personalities” and damaging their right to privacy.

Ssingh filed a separate lawsuit against Goswami and his channel. He claims that he’s an outsider from Bihar who made it in Bollywood through his hard work and determination.

“My surname is not Khan or Johar. I come from a very small village in Bihar. I managed to produce a few big films in India because of the relationships I cultivated and my talent. I wasn’t born into a rich family background, but I still made good films … But I had to pay a very heavy price for what happened to me in the last few months,” said Ssingh.

Interestingly, the producer — whose credits include the Aishwarya Rai Bachchan-starrer ‘Sarabjit’ — believes that his friend Rajput was not capable of taking his own life but is willing to place his trust in the system and India’s top federal agencies that are conducting the probe.

“I can never believe that Sushant Singh Rajput can ever do suicide. He was an entertainer — he was a magician, he was an intelligent person, he was a foodie and I don’t think he can ever commit that act. But if their investigation report says it is then I will believe it because you never know what is running in an individual’s mind on a particular day.”

Excerpts from our interview with the producer as we discuss his lawsuit, his friend Rajput, the state of Bollywood and more …

Bollywood has been scrutinised and vilified incessantly following Sushant Singh Rajput’s death … Is your lawsuit a sign that you are now ready to strike back at the malicious media?

These six months have helped Bollywood to gather, think and come together. For years, people used to say that Bollywood can never be together or united on anything. But imagine a situation where more than 35 production houses led by actors come together to file a case against Arnab [Goswami] at the high court. This is the first time that something like this has happened. We are together in this and that’s what we want to tell the world. Millions of people around the world love Bollywood and we have their collective blessings.

In all that media frenzy filled with conspiracy theories suspecting murder, everybody seems to have forgotten about Sushant, the actor …

Many people appeared on debates on several news channels on the 28th day after Sushant passed away. They declared themselves as his friends, but where were these so-called friends on the day he died? Where were they when the funeral and post mortem was happening? It was only me, standing alone. Why didn’t they come out that time and declare themselves as Sushant’s friends? I went on humanity grounds to his place immediately when I got the news and I thought entire Bollywood and everybody from the TV/film industry will be there. But there was nobody. It was just me.

From being a friend of Rajput, you were then perceived as one of the suspects in the actor’s death investigation …

Let me be honest here, everyone was targeted. But I was specifically targeted because I went ahead and stood strong as his friend with his family members. I did nothing wrong by going and helping my friend’s family for the funeral. Sushant’s family stayed all over India and there was nobody living in Mumbai apart from his sister, so I went ahead and did everything for them. If I had to pay a price for being a friend, I don’t mind and I will continue to help my friends even today. Lots of the people from the industry called me and told me that I was a fool to go ahead and help Sushant’s family with the funeral … I should have been at home and watching it all on television, they added. But I told them that I felt sorry for all those who did that claiming to be Sushant’s friends, partied with him, but never bothered to show up at his death. The truth remains that at the time of the funeral and when the body was being taken from his Mumbai home to the hospital … nobody was around him except me and Mahesh Shetty.

Why do you think you were penalised so heavily for being present right after his death?

The media began talking about observing my body language at my own friend’s funeral. Do I have to practice body language and do I have to ask the media if I can give thumbs up or not? Do I have to check if there are tears in my eyes or not? Is this a drama that was going on that I had to take care of my body language. This was trauma. People are judging my body language, but was it some wedding that you need to judge my movements? Many people told me: ‘oh, I was not invited for the funeral of Sushant Singh Rajput!’ It’s not some birthday party or a wedding that you want or get invites to. How can you complain about not being invited for Sushant Rajput Singh’s funeral? Many people just went on their social media accounts and started writing: ‘oh, Sushant we miss you, we love you …’ It was a farce.

Did the media trial affect your standing among your own colleagues and peers in this industry? Did the manner in which they perceive you change after you were accused of foul play in Rajput’s death?

For a few months initially, it did. But after some time, many came forward and supported me. Everyone was being targeted in my industry, but I was targeted in the most brutal manner. Now, everybody realises that it was just his gimmick and a game that he played for a few days.

Sandip Ssingh hopes to begin filming for his new comedy ‘Blockbuster Gang’ in Dubai soon. “I have come to the UAE to scout for locations for those films. I have checked out Business Bay area, JLT, Dubai Marina, the Palm Jumeirah and the Atlantis and many other locations.”

“It is not about me or you being satisfied with the outcome of Sushant’s death investigation. It is about his family being satisfied. The entire nation who was asking for the justice of Sushant, they should be satisfied too. But everybody should believe in our system. The truth will come out. The government has put their best departments to work on it,” said Sandip Ssingh when asked if he had faith in the CBI, NCB and ED working on Rajput’s death case. 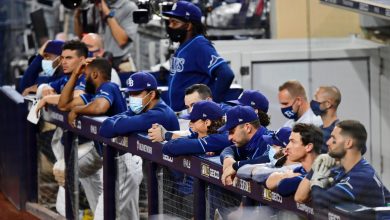 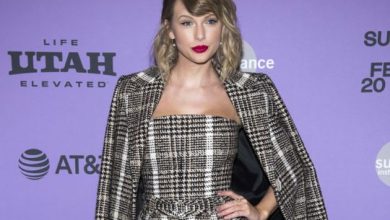 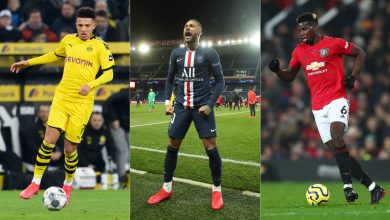 How and why these top Bollywood actors faded into oblivion?
September 2, 2020

How and why these top Bollywood actors faded into oblivion?