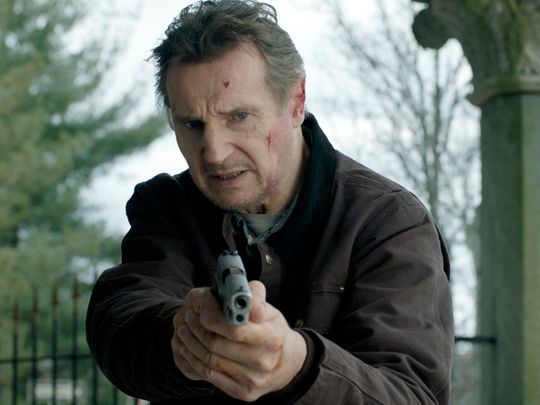 Liam Neeson returns to the big screen in ‘Honest Thief’, and the action film that has already led the box office in America. But what is this new action thriller all about — and did Liam Neeson really do all his stunts? We break down all you need to know.

1. It’s a face-off between reformed bad and tainted good. ‘Honest Thief’ follows bank robber Tom (Neeson), who decides to put his life of crime behind him after falling for Annie (Kate Walsh). When Tom tries to cut a deal with the FBI (he’ll return all the money he stole, in exchange for a reduced sentence), two crooked FBI agents frame him for murder and force him to go on the run.

2. The movie is driven by love. While ‘Honest Thief’ features action, suspense and thrills, it ultimately hinges on the emotional connection that the protagonist forms for Annie — to the point where he’s willing to let go of his life’s work for her. To Neeson, the concept felt “really original”.

“He’s infamous. And he has met a woman, not a girl, he’s met a woman,” says the actor. “And he, for the first time in his life, has really fallen in love. I guess it says something about the power of love that he’s decided to give up this sort of bandit career, accumulating these millions of dollars that he’s never going to spend … I just thought that was really original. It really touched me.”

3. The film is about second chances — and it’s the director’s second chance at the big screen. ’Honest Thief’ is Mark Williams’ second feature film as a director; his first was 2016’s ‘A Family Man’ starring Gerard Butler. However, Williams is a prolific producer and executive producer, behind films such as ‘The Accountant’ and TV series such as ‘Ozark’.

“It has the action, the thrills, car chases, guns going off, things exploding. But at the heart of it, it’s a love story, and to me that’s the most important thing,” says Williams. “The themes of the story really revolve around second chances and redemption. Both characters, Tom and Annie, find themselves in situations where the past hasn’t been so kind to them. And this situation gives them an opportunity to, not only find a second opportunity in life, but find love in the process.”

4. Actress Kate Walsh (’Grey’s Anatomy’, ’Private Practice’, ’13 Reasons Why’) stars across from Neeson as a romantic interest, who inspires his character to right the wrongs of his past.

“The role that Liam plays and that I play are just two people that have a history and a past, like we would at our ages, and find each other. And it’s about what you do for love and how you grow and expand for love, with love, in ways that you probably never thought you’d have to, or would ever anticipate,” says Walsh. “I thought that was a really interesting, beautiful theme to explore. And especially in times where we’re in a world that could be dark and tumultuous, to have this kind of beautiful story in the midst of craziness was really cool.”

5. Neeson used his ‘cup of tea test’ to determine whether he’d take on the role.

“I have a little, I call it my cup of tea test. If I start reading the script and I get to page six and I decide, ‘Oh, I must get a cup of tea’, it’s not a good sign. With this one, I got to the end of it and thought, ‘I must make a cup of tea, this is giving me pause for thought,’” says Neeson. “I know it’s a cliche to say, but I love writers. I love screenwriters.”

6. The filmmakers had Neeson in mind for the lead character all along. Director Williams had no doubts about who he wanted cast in the role of Tom.

“When we finished developing the script, I was asked, who is the ideal person to play Tom? And my answer was easy. It was Liam Neeson. He has all the elements that it takes to be Tom: strong, action type, but also he’s got the intelligence and the humour and the heart that the character requires,” says Williams.

7. 68-year-old Neeson, a seasoned actor best known for the ‘Taken’ trilogy, does his own stunts. Jeffrey Donovan, who plays one of the agents that Neeson goes up against, was surprised that Neeson didn’t call upon any stuntmen for their fight scenes.

“I had such a high regard for him and it only got bigger when I met him. Couldn’t be a nicer guy and not surprisingly, what a pro,” says Donovan. “Somewhat surprisingly — I think he’s got about 15 or 16 years on me — and when we tussle, I was impressed by his ability. The fights that you’ll see in the movie — it’s him. He really goes at it and he doesn’t have his double come in [while] he sits in a trailer. It’s really Liam. And it was really impressive.”

8. Every time Neeson looked at co-star Walsh between scenes, he laughed — out of love. While Walsh, 53, is all business while the cameras are rolling — she does the majority of her stunts herself though there is one big scene that required a double — it’s also her sense of humour behind-the-scenes that endears her to her cast mates.

“I’m so glad that they cast Kate Walsh. The pair of us got on really, really well, which was wonderful. Cause there’s nothing worse than having a girlfriend in a movie and the pair of yous don’t particularly seek out each other’s company,” says Neeson. “We certainly were incredibly at ease with each other when we were shooting our stuff. And she’s funny. She’d make me laugh, just even looking at her, I’d burst out laughing. Out of love! Not because she was funny looking! But because I knew something left of field was going to come out of her mouth when they said, And cut, I knew she was going to say something. She’s a great girl. Really is a great woman.”