Some of the biggest celebrities from the cricket and entertainment industries of Pakistan are posting pictures with their fingernails painted, and it’s all to stop child abuse in the country.

The Polished Man campaign, an international one, was spearheaded by Shaniera Akram, the wife of Pakistani cricketer Wasim Akram.

She took to her social media accounts to introduce the movement, which aims to display the softer side of men in the country and raise awareness about child abuse.

Sharing a picture collage of several celebrities, including boxer Amir Khan and singer Shehzad Roy, Shaneira tweeted: “Some of the toughest men Pakistan has ever produced are showing their softer side and colouring one nail to represent the millions of children who suffer every day at the hand of an adult. Our Pakistani heroes say ‘We WILL NOT tolerate child abuse in our country’.”

In another post, Shaneira highlighted the prevalence of the issue in the country: “Anyone who thinks child abuse only happens in poor areas & those areas are the only ones who need to be educated on this subject, is living in LaLaLand. Child abuse happens in any home right across Pakistan regardless of cast, creed or socioeconomic backgrounds #PolishedManPk”

Many social media users appreciated the movement and also shared a clip with the male celebrities speaking about the issue.

Sharing the video, tweep @arsalanhshah wrote: We have to #BreakTheSilence to #EndTheViolence take a stand, be a #PolishedManPk say no to child abuse and violence.”

Twitter user @MFurqan72 shared how he improvised without nail polish and chose to participate in the campaign: “Couldn’t find paint/nail polish so used a marker, hope it’s okay.”

The campaign was started by Ygap, an international development organisation that as per their website, “supports early-stage social impact ventures with locally-led solutions to local problems”. The organisation supports projects across Africa, South Asia, the Pacific Islands and Australia.

The organisation started the international campaign in October 2020 to spread awareness and collect donations to protect children. The movement aims to get men to paint their nails which will spark conversations and eventually bring in donations.

According to a 2017 report by the United Nations Children’s Fund (UNICEF), unofficial studies conducted in Pakistan suggest that 15-25 per cent of girls and boys in Pakistan have endured some form of sexual abuse.

Compared to 2017, in 2018 child sexual abuse cases in Pakistan increased from nine cases per day to 12 per day.

Recent high profile child abuse cases have highlighted that the issue is of serious concern in the country.

Malawi to go to polls again, after first election nullified 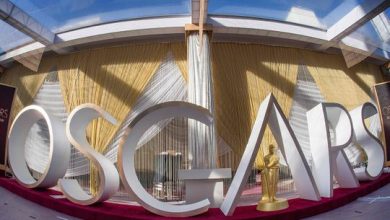 Coronavirus: Oscars postponed by two months due to COVID-19 pandemic

India ‘lucky’ to get points without playing any matches – Bismah Maroof