JAKARTA: As Indonesian President Joko Widodo marks the first year of his second term in office on Tuesday (Oct 20), analysts interviewed by CNA have raised questions over his handling of the COVID-19 pandemic, especially in terms of taking decisive action and public communication.

However, the fact that his popularity ratings have held steady indicates an awareness among the public that the current uncertainties are not unique to Indonesia.

Jokowi, as the president is popularly known, seemed to initially prioritise the economy in his first 100 days in office.

When COVID-19 struck the country in March, the government appeared to be torn between prioritising public health and limiting the damage to the economy. This may have resulted in a lack of decisive and well-communicated approaches in managing the pandemic, said analysts.

However, those interviewed also pointed out that it is not fair to solely judge the current administration based on how it handled COVID-19, since no country was fully prepared to mitigate it.

BALANCING PUBLIC HEALTH AND THE ECONOMY

Those interviewed noted that there have been gaps in Mr Widodo’s handling of the pandemic, with Indonesia now having the highest number of COVID-19 cases in Southeast Asia.

Political analyst Yunarto Wijaya from think-tank Charta Politika said: “When we look back, Jokowi seemed to try to balance out between prioritising the people’s health and the economy at the same time …

“Did it work? I cannot say that it worked. Even now it is a big question because the number of infections has not flattened, it is far from the second wave. When other countries are talking about the second wave, we are still in the first.”

READ: Active COVID-19 cases in Indonesia are on the decline, says President Jokowi

He noted that the Jokowi administration only had four months of “honeymoon period” from being sworn in until the pandemic reached Indonesian shores.

“We know that the entire world is not in a normal condition … We see that all countries are bound to experience a slowdown, deviate from their target, and actually Indonesia’s economic achievements are not that bad. Why? Because Indonesia dares to speculate by trying to balance between the economic and health sectors,” Mr Wijaya said.

Public policy expert Agus Pambagio added that the government’s effort to balance between public health and the economy may have resulted in a lack of decisive action.

“Everyone is confused about how to handle the pandemic … We don’t have a firm determination, whether to prioritise health first or the economy. Since the beginning, I have always said resolve the health problems first. But the government decided to work on both and the effect is that after seven months, we cannot decrease or even flatten the (COVID-19) curve,” said the expert from think-tank PH & H Public Policy Interest Group.

Mr Wijaya noted that the current government cannot be compared directly with previous regimes, given the severity of the pandemic.

In fact, it would not even be fair to compare Mr Widodo’s performance in the past year with his achievements in 2015, the first year of his presidency, he added.

Despite the COVID-19 situation, according to research from Charta Politika, the president’s popularity appears to have been unaffected at around 60 per cent.

Mr Wijaya explained this was due to Jokowi’s decision to sign a government regulation that paved the way for regions to impose a partial lockdown to curb COVID-19 instead of a full lockdown.

The large-scale social restrictions, as the partial lockdown was known domestically, gave a legal basis for regions to shut down non-essential services while still allowing essential businesses to operate and people to commute.

Mr Wijaya said that this measure was favoured by people in the suburbs as it did not affect their lives too drastically.

A survey from pollster Indikator Politik Indonesia released over the weekend showed that 68 per cent of the public was satisfied with Jokowi’s performance, while Voxpopuli Research Center released a survey earlier this month which showed that the public’s satisfaction towards Jokowi was 64.7 per cent.

Mr Edbert Gani, a political economist from think-tank Centre for Strategic and International Studies (CSIS) said that based on surveys, more than 50 per cent of Indonesians think that the economy is in a weak state.

“But what is interesting is that the trust level towards Jokowi has not decreased drastically.”

He said this is unusual as trust in the government usually decreases as the economy is perceived as underperforming.

“This means that people understand that this is a global situation. The current uncertainties are not unique to Indonesia, but they are shared globally,” he said.

MORE COULD BE DONE IN TERMS OF SOCIAL ASSISTANCE

Indonesia’s economic growth has been stagnant at around 5 per cent in the last few years, but the restrictions put in place to curb COVID-19 has caused the economy to contract 5.32 per cent in the second quarter of 2020.

It was the first contraction Indonesia has seen in more than 20 years and the third quarter, which ended on Sep 30, is expected to also show negative growth.

Analysts said that more could be done in terms of assistance for the people and addressing the debt burden.

Mr Gani said: “COVID-19 has opened the long structural problems of Indonesia. The economic structure is much dependent on the informal sector which has led the social security system to be particularly vulnerable where many workers are not protected socially.

“And this is a weakness for a long shock like a pandemic. Our system is not ready to deal with non-natural disasters,” Mr Gani told CNA.

The middle class is very vulnerable, he said, citing more and more people signing up for the pre-employment card programme which is meant to provide training for about 5.6 million Indonesians whose livelihoods have been hit by the pandemic.

One programme which seems to be more effective in temporarily saving people’s livelihood is direct social assistance, noted Mr Gani.

He said even though lack of reliable data has hindered the government’s effort to utilise the programme fully, it has at least reached some people, especially those who have been classified as poor.

Mr Bhima Yudhistira Adhinegara, an economist from the Institute for Development of Economics and Finance (INDEF), expressed concern over the increased debt burden.

The government has issued Global Bonds of US$ 4.3 billion this year which will mature in 2050 or has a tenure of 30.5 years.

“This means that the government is inheriting debt to future generations,” Mr Adhinegara noted.

Indonesia has been listed as the 7th highest among middle and low-income countries in external debt owing US$ 402 billion, according to the World Bank’s recent International Debt Statistics 2021 report.

The country’s external debt burden is greater than Argentina, South Africa and Thailand.

Mr Adhinegara also claimed that the government’s economic stimulus packages are relatively small, at 4.2 per cent of its Gross Domestic Product (GDP). In contrast, neighbouring Malaysia’s and Singapore’s packages are well over 10 per cent of their GDP.

Earlier this month, the parliament issued a Job Creation Law, which was said to create more jobs amid the economic slowdown.

However, the law was resisted by workers and students, who said that certain rights would be taken away. Some of the protests, including in Jakarta, threatened to spiral out of control.

Mr Wijaya of Charta Politika said it is important to understand that Jokowi intended the omnibus law to be his legacy. The Indonesian leader has been preparing the ground since his first term and wanted to cut red tape and create more jobs.

However, the initiative fell short in terms of communicating clearly to the public what the new law is all about, he said.

“He should call the people in order to communicate better. Not just the ministers or the party elites,” Mr Wijaya asserted.

The Job Creation Law revises more than 70 existing law and regulations. The government claimed it would make it easier to do business, but did not engage all stakeholders affected.

He noted that the government does not have a clear spokesperson for the law, thus it was not communicated well to the public.

Mr Widodo has personally defended the law and said that the recent protests were fuelled by “disinformation”.

Mr Wijaya and Mr Pambagio noted that as public focus shifts to the availability of the COVID-19 vaccine, the government needs to be more transparent in terms of communication.

“The communication to the public must be clear. Whatever the policy is, that’s up to the government … Whatever steps are to be taken, please communicate it to the public. It is better than hiding it or not discussing it. People will be confused, and then it could lead to chaos,” said Mr Pambagio. 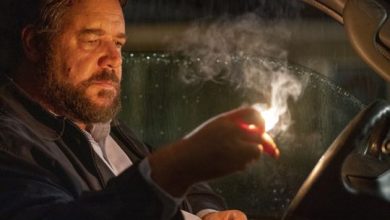 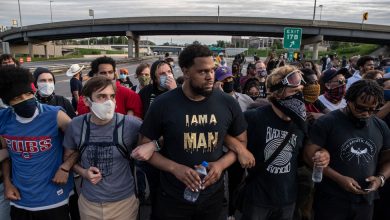 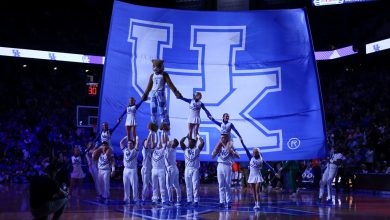 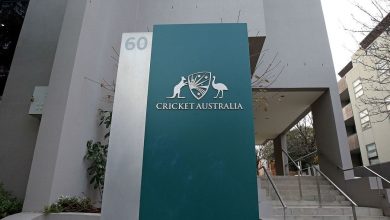 How and why these top Bollywood actors faded into oblivion?
September 2, 2020

How and why these top Bollywood actors faded into oblivion?

10 Songs to wash your hands to: Kill Corona with music