MANILA: On Sep 13, Joseph Scott Pemberton left the Philippines a free man, having served less than six years of a 10-year prison term for homicide. In 2014, he killed Jennifer Laude, a transgender woman he met in a nightclub, while Pemberton was in the Philippines for a joint military exercise.

Pemberton’s release came after President Rodrigo Duterte pardoned the US Marine, a decision that sparked outrage and reopened wounds of the United States’ colonial past in the Southeast Asian country.

“American soldiers seem to have done nothing for the Philippines … They have impregnated women but not done anything,” said Eulogio Dumapyas, a job applicant CNA spoke to in Manila.

But some view the US military in a more positive light.

“There’s no ill intent. The US only wants to help the Philippines,” said Alfredo Zaganzay, a recently laid-off construction worker.

Pemberton’s case reignited calls to end a controversial military pact between the two countries. One of the main features of the Visiting Forces Agreement (VFA) is that it allows the US in most circumstances to retain jurisdiction over US military personnel accused of committing crimes in the Philippines.

In February, Mr Duterte said he would terminate the VFA. Four months later, he suspended that decision.

The controversy over the Pemberton case highlights the often fraught relationship between the US and the Philippines.

Analysts CNA spoke to believe that whoever wins the November election, the US will still view the Philippines as a useful partner.

“Trump knows that the Philippines is a strategic ally and it cannot afford to lose the Philippines against China,” said Robin Michael Garcia, CEO & chief analyst at WR Numero Research.

The US-Philippines military alliance goes back almost 70 years, and this gives rise to institutional inertia, Mr Garcia said, which means there is a strong foundation for relations to ride on the back of.

“We have deep institutional ties with the United States, whether you’re talking military, trade, education,” Mr Herrera-Lim said. “So even though you have at the top this widening of the gap, there’s still a strong bedrock to it which I think has become very evident.”

Any disintegration in US-Philippines ties would be “gradual”, and a new alliance would “take a significant amount of time,” added Mr Herrera-Lim.

On the thorny subject of the South China Sea, the Philippines remains the only treaty ally of the US that has a direct claim on territory in the disputed waters.

Analysts told CNA that regardless of the US election result, Washington will continue to court the Philippines because of its proximity to China and old patterns of cooperation with the US.

In an interview with CNA during his visit to Manila in 2019, US Secretary of State Mike Pompeo said: “China can’t claim all of the water. They can’t claim an ocean. That’s not how international law works, and it’s not good for the world.

“The United States is determined to ensure that these waterways remain open.”

While the occupant of the White House plays a role in determining US-Philippines ties, his counterpart in Manila’s Malacanang palace also has a big say.

Just last week, the Duterte administration lifted a ban on oil and gas exploration in the South China Sea, a move that could expedite talks with Beijing on a joint energy project.

Under Mr Duterte, Manila-Beijing ties have grown. But compared to the long-standing ties with the US, that relationship with China is still in its nascent stages.

“China is only learning how to be an international player, so it knows how to build top-level relationships. But building the lower relationships whether you are talking military, trade, education is much, much more difficult,” Mr Herrera-Lim explained.

At the military level especially, Philippine commanders continue to see value in the alliance with Washington.

“The way the (Philippine) military has been trained is really American. So you have that at the domestic level. And we feel that the military personnel, especially at the mid-management level, if you will, will probably adhere to US-centred ideology, a US-centred idea,” explained Mr Garcia.

“However you think of it, the Philippine military doesn’t look too kindly on the Chinese territorial ambitions in the South China Sea,” said Mr Herrera-Lim.

Armed forces chief Lieutenant-General Gilbert Gapay indicated as much in a press conference with foreign correspondents in Manila this month.

While he cited actions of both China and the US as reasons why the “situation in the South China Sea remains volatile and uncertain,” Mr Gapay said China is “practically swarming most of the areas in the West Philippine Sea”, referring to the parts of the South China Sea that the Philippines claims.

WATCH: Amid fraying US ties, a Trump second term may edge Philippines closer to China: Analysts

Activists say Mr Duterte’s pardon of the Pemberton is an affront to human rights in the Philippines and adds to the culture of impunity in a country already suffering from thousands of unsolved killings linked to the president’s drug war.

“Everything that is not Trump,” said Virginia Suarez, a Filipino activist-lawyer who served as legal counsel for Ms Laude’s family, when asked for her opinion on an ideal result for the US election.

“In the same way we long for a competent leader for the Philippines, we also want other countries to have a leader who represents the people well and respects citizens,” she said.

Criticism of Mr Duterte’s methods has not sat well with him. In 2016, he famously told then US president Barack Obama to “go to hell” after the latter expressed concern about the killings under the drug war.

A Democrat in the White House, according to an analyst, could mean stronger condemnation of human rights abuses overseas.

“I think Biden will really talk about human rights more,” said Mr Garcia of WR Numero Research. “It’s really sort of reinvigorating the moral place of the United States in the world stage.” 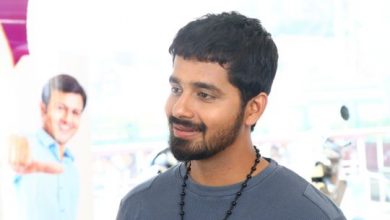 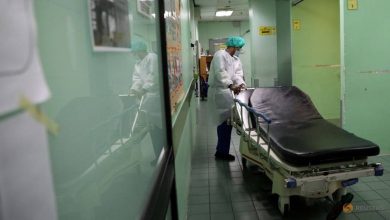 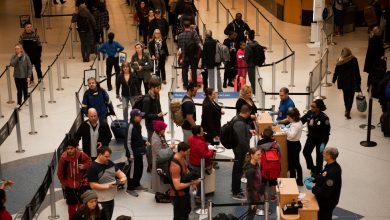 Solving the Mysteries of Coronavirus With Genetic Fingerprints 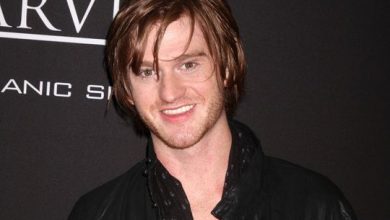 8 Korean dramas to tune into during COVID-19 isolation

Bollywood: Kangana Ranaut says Maharashtra government is obsessed with her

These ‘cars’ are the stuff of dreams… literally!

‘Who’s the Boss’ being revived with original stars
August 6, 2020

‘Who’s the Boss’ being revived with original stars