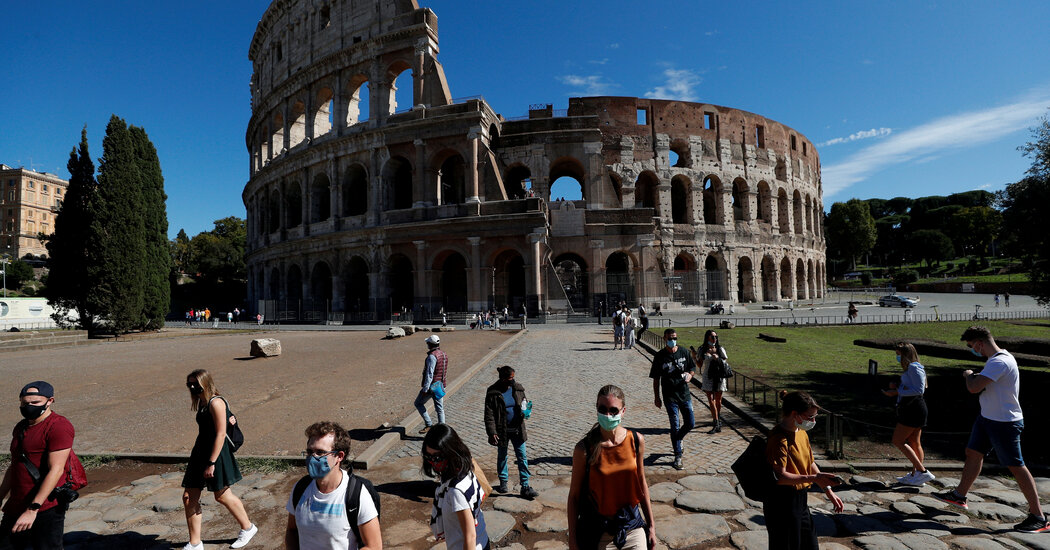 The Italian government continued to tighten restrictions in an effort to stem a resurgence in virus cases, announcing on Tuesday a ban on informal amateur contact sports, parties and school trips.

The decree, signed by Italy’s prime minister Giuseppe Conte, represents a second crackdown in less than a week as the second wave of the coronavirus, which seemed to have hit Italy less violently than other European countries, is now gaining strength, with 4,619 new cases registered on Monday.

The new decree introduces a general ban on parties and recommends private gatherings be limited to no more than six people inside homes. It also sets a limit of 30 guests for banquets organized after religious or civil ceremonies. To avoid crowds, Mr. Conte also ordered restaurants, bars and ice-cream sellers to stop serving non-seated customers after 9 p.m.

While contact sports, such as soccer or basketball, are now banned in informal contexts, trainings and matches organized by clubs are still permitted.

Italy is still in a better position compared with countries such as Spain or France, and while the number of daily infections is similar to those reached in Italy during the spring, the number of deaths and of patients in intensive care units remains lower. But in Italy, the first and one of the worst-hit countries in Europe, the level of alert and the fear of a new lockdown remain high.

“I would exclude a new lockdown,” Mr. Conte told reporters on Monday, “We specifically worked to prevent a new generalized lockdown.”