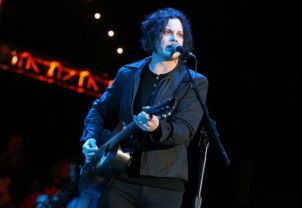 On Wednesday, ‘SNL’ cancelled Wallen after TikTok footage surfaced of Wallen partying in tightly packed crowds without a mask after a University of Alabama football game. The ‘7 Summers’ singer broke safety protocol put in place by the show to protects its cast, staff and guests from the novel coronavirus.

“It probably isn’t the first country singer, the first person from rock and roll, who partied after, in that case, a football game,” ‘SNL’ producer Lorne Michaels said on NBC’s ‘Today’ show. “But we’re just living in a different time, and everything is scrutinised.”

Michaels confirmed that White, who has performed on the show three times before, will return Saturday night — and teased the possibility of additional special guests. White, for his part, recently announced a White Stripes greatest hits album, coming out December 4.

Wallen, on the other hand, is taking comfort in the fact that Michaels offered him a rain check, telling him “we’ll find another time to make this up.”

On Thursday, Wallen posted a heartfelt explanation and apology for his actions to Instagram. He filmed the video in a hotel room in New York City, he said, where he was when “SNL” called him to cancel.

“My actions this past weekend were pretty shortsighted, and they have obviously affected my long-term goals and my dreams,” Wallen said in the video. “I respect the show’s decision because I know that I put them in jeopardy, and I take ownership for this. I’d like to apologise to ‘SNL,’ to my fans, to my team for bringing me these opportunities, and I let them down.”

Fans might not see content from him for a while, he said, because he planned to “take a step back from the spotlight” and work on himself.