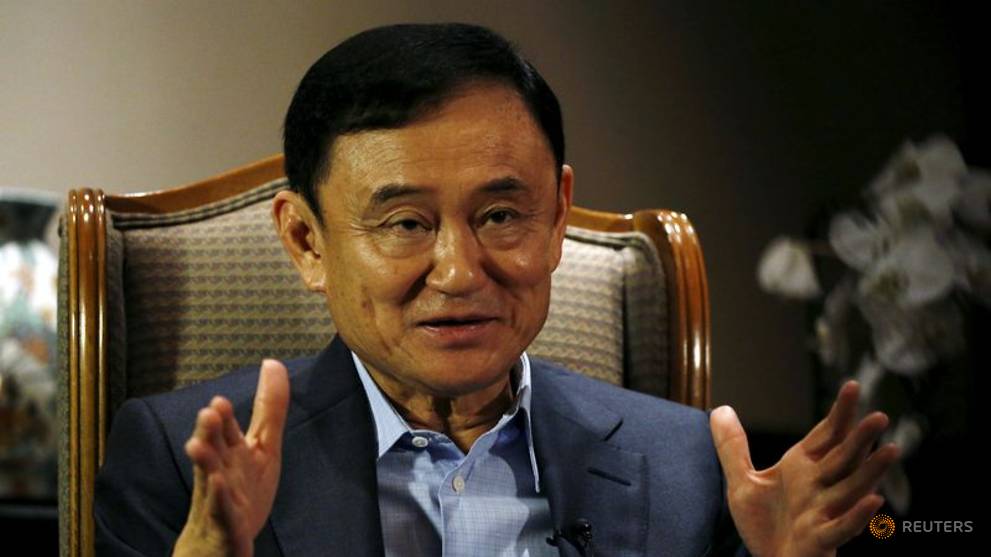 BANGKOK: Thailand’s self-exiled former Prime Minister Thaksin Shinawatra says he was hospitalised for about two weeks after diagnosing himself as having the coronavirus. News of his illness began circulating several hours after it was revealed that US President Donald Trump and his wife Melania tested positive for the disease.

Thaksin, a 71-year-old billionaire whose main residence is in Dubai in the United Arab Emirates, discovered he was infected in late August when he tested himself with a high-tech gadget made by a company in which he is an investor, an unofficial spokesman in Bangkok for the Shinawatra family said Friday (Oct 2).

He had mild symptoms – sneezing and low fever – but checked his health because he was preparing to travel, said the spokesman, Wim Rungwattanachinda.

Thaksin said his sisters, Yingluck and Yaowapa, were quarantined after he was found to be infected, but tested negative for the disease. He said he suspected he caught the coronavirus when he forgot to wash his hands when going to a food court, though he generally wore a face mask when out in public.

Thaksin founded a political party after becoming a billionaire in the telecommunications sector, and became prime minister after winning a 2001 election. He was reelected in 2005, but the army ousted him in a coup in 2006, after which he faced several charges related to abuse of power and corruption. Thaksin claimed the cases against him were political persecution, and fled Thailand while on bail after a conviction on one of the charges for which he was handed three years’ imprisonment.

His many supporters continued to battle on his behalf at the polls and in the streets, while he was regarded as pulling the strings from a distance. There has been speculation this month that he will make a fresh bid at an open political comeback, though likely through family members.

Thaksin’s Thai passport was canceled by the government, but he has at least one from another country that he was legally granted in exchange for making investments. His investment in a UK-based company that claims on its website to have rolled out a “rapid, lab-free COVID-19 test,” is just one of his several business interests.