If Bollywood is one of India’s ultimate soft powers, then movie sweetheart Deepika Padukone plays a significant part in shaping public opinion in a subtle and nifty way.

The actress has always been on the public’s radar and a media mainstay, right from her star-fuelled Bollywood debut in 2007 opposite actor Shah Rukh Khan in the reincarnation drama ‘Om Shanti Om’, to her decision to speak openly about her battle with depression. But today, one of Bollywood highest paid actresses has caught the collective fascination and imagination of Indians worldwide for a darker issue: her inclusion in the drug investigation associated with late actor Sushant Singh Rajput’s unnatural death on June 14.

Padukone was born in Copenhagen, Denmark on January 5, 1986 to iconic badminton champion Prakash Padukone and wife Ujjala Padukone. She was raised in Bengaluru and followed in her father’s footsteps for a while, playing badminton at state- and national-level championships. She began modelling before taking the plunge into movies.

Her first film was the South Indian movie ‘Aishwarya’ in 2006 before conquering Bollywood. Ever since her Bollywood debut in 2007’s ‘Om Shanti Om’ with a perennially witty and charismatic Khan, Padukone has been the darling of the media and the masses. It took her at least five years and a few forgettable Hindi films to be taken seriously as a powerhouse performer.

Her turn as the rich, troubled party girl in London in director Homi Adjania’s romantic comedy ‘Cocktail’ in 2012 was that turning point in her colourful career. Her girl-interrupted act — where she loses the man of her dreams to her pious best friend and roommate — made her an actress to reckon with. She has acted in a string of blockbusters including the Dubai-set ‘Happy New Year’, the stirring romance ‘Yeh Jawaani Hai Deewani’ and the comedy ‘Chennai Express’ with A-listers like Ranbir Kapoor and Shah Rukh Khan.

“Deepika is the best Earth has to offer. She’s not just here to represent India; she’s here to represent the world,” he wrote about her at that time. Being one of the busiest stars in India at that point, she even convinced him to travel to India. He called her an actor’s actor. “She wants the whole movie to shine, which is a rare thing. Anyone could talk about how beautiful she is, and anyone could tell you about her unmatched comedic timing. But she isn’t just a star. She’s an actor’s actor, dedicated to the craft,” he added.

After five years of dating each other, actors Padukone and Ranveer Singh hung up their designer boots and got hitched in an exclusive and lavish destination wedding in Italy in 2018. Their nuptials were planned with military precision and tremendous economic might, and was limited to their family and close friends. These two actors reportedly (but not independently verified by Gulf News) have a combined net worth of more than Rs3 billion (Dh149.31 million) making them one of Bollywood’s top power couples. They have also acted together in blockbusters including ‘Goliyon Ki Rasleela Ram Leela’ and ‘Padmaavat’.

Over the years, Padukone has always come across as amiable, dignified and genuinely authentic in person too. The red carpet regular at Bollywood awards always exuded a personable energy even after she dramatically transformed from an obscure outsider with questionable acting skills to one of Bollywood’s biggest female stars. She even famously commanded a bigger pay cheque than her male co-star Shahid Kapoor and husband Ranveer Singh in the warrior epic ‘Padmaavat’.

Being fabulous, yet vulnerable is now a part of being Padukone, the person behind the glamour.

In an interview with this journalist in January 2020 as Padukone promoted her female-centric drama ‘Chhapaak’ — a true story of an acid-attack survivor — the actress spoke about feeling ‘claustrophobic’ in the movie industry. Padukone — unlike Bollywood royalty Kareena Kapoor Khan — wasn’t born into an acting dynasty or didn’t have famous relatives as directors or producers to guide her.

“I did feel claustrophobic when I first came into the industry. I felt like you have to be a certain way or project a certain image. But as you grow, you evolve and the only way to be is authentic,” said Padukone, who added that she wears her emotional scars proudly now. She famously broke down on television when she spoke about living with depression and anxiety as a public figure. Her upper middle-class values — where she always seems to respect her elders, her peers and a nosy paparazzi — was a currency that she always owned.

There’s no doubt that the latest drug scandal has put a chink in her glossy exterior, but Padukone could always be counted on for taking a sturdy political stand and being fearless. Even at the risk of harming her new movie that was up for release, Padukone turned up at a protest spearheaded by Jawaharlal Nehru University students to show her solidarity with students who were attacked by BJP-backed mobs.

Unlike those hyper-masculine superstars who rule Bollywood and ensure a stoic silence about current affairs, Padukone has never shied away from going against the grain. Her presence at JNU was deemed career suicide in a world where celebrities refuse to be drawn into social issue fearing backlash, but Padukone wasn’t one of them. Padukone is also someone who famously shrugged off a bounty placed on her head and survived some nasty threats about her nose being chopped as a penalty for being a part of ‘Padmaavat’. Religious extremist groups believed the warrior epic hurt their sentiments and beliefs.

Acting isn’t her only forte. She’s also the chairperson of the prestigious Mumbai Academy of the Moving Image (MAMI) film festival and is also the founder of the Live Love Laugh Foundation, an NGO that aims to remove the stigma around mental health. Padukone also owns her own clothing brand and regularly conducts fund-raisers by auctioning off her clothes. Just like how Jennifer Aniston or Reese Witherspoon is known for her girl-next-door appeal in Hollywood, Padukone was its Eastern equivalent with never-ending legs.

Her red carpet turn in billowing gowns at the Cannes Film Festival in her role as the face of a cosmetic company has also made her a global paparazzi magnet. She’s also an ace at brand building. From selling coffee to watches, Padukone’s current net worth is allegedly clocked at a whopping Rs1.02 billion. While no amount of riches can wash away the indignity attached to being investigated by an anti-drug agency, only time will tell how Padukone, the brand and the person, will be affected.

The NCB — one of the three federal agencies tasked with looking into Rajput’s death — began their probe in late August after the Enforcement Directorate reportedly found evidence about Rhea Chakraborty, Rajput’s girlfriend and prime accused in the actor’s death, and her link to drugs.

Padukone is one of the most high-profile stars that have been summoned by Narcotics Control Bureau for questioning, along with the likes of Shraddha Kapoor, Rakul Preet Singh and Sara Ali Khan. The former model was grilled for over six hours over her WhatsApp chat with manager Karishma Prakash in 2017 where she allegedly sought ‘maal’ (drugs) from her aide. It’s one of the first few times that the narrative around Padukone has been this unflattering.

Padukone changed the power-structure and dynamics in the Hindi entertainment industry that’s notorious for its gender-disparity and male-oriented functioning of business. Her gravest crime could perhaps be the accusation that she had paid money to beef up her social media followers or that she had to put up with infidelity in her earlier high-profile relationship with actor Ranbir Kapoor. But no blot has been as severe as the drug-consumption probe. 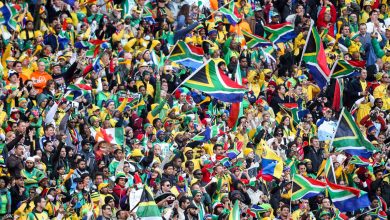 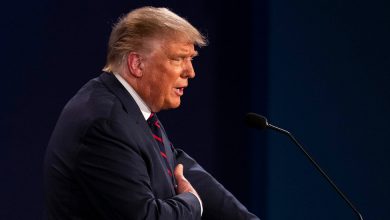 Liberals Ask: Why Should We Believe Trump Has the Virus? 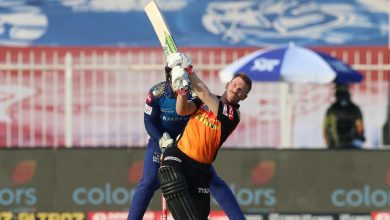 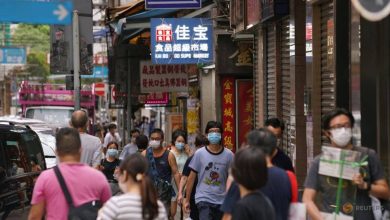