Looking to revolutionise the way fans view beauty pageants, organisers in the Philippines are moving ahead with their search for the country’s representative to the Miss Universe competition through an online video series.

Made up of eight episodes premiering on September 27, the series, called ‘Ring Light’, will follow 50 aspiring Miss Universe Philippines candidates and their journey to the crown, with each episode taking fans through different aspects of the competition, from the preliminaries to the coronation night. Viewers will get a glimpse of the rigorous training, the fascinating challenges and many behind-the-scenes activities.

While Philippine representatives to Miss Universe were previously determined through a unified competition, the Binibining Pilipinas — which also selected the country’s candidates to other international pageants — this year will be the first time it will be organised as a Miss Universe Philippines standalone event.

“I know a lot of fans are looking forward to the first ever Miss Universe Philippines,” said Miss Universe Philippines national director Shamcey Supsup-Lee. “That’s why we thought of the ‘Ring Light’ series. It’s an eight-episode series wherein it will showcase the journey of our candidates from their trainings, from their lessons and challenges.”

A unique feature of the series is that it encourages viewers to support charities endorsed by each candidate.

Supsup-Lee, a former beauty queen who placed third runner-up at the Miss Universe 2011 competition, tells Gulf News more about “new normal” of beauty pageants and why it still matters now.

Excerpts for the interview…

Tell us more about ‘Ring Light’. What can the audience expect from it?

Because of the pandemic, we have to continually evolve as an organisation and for the safety of everyone, we focused on having it online. I know a lot of fans are looking forward to the first ever Miss Universe Philippines, that’s why we thought of the ‘Ring Light’ series. It’s an eight-episode series wherein it will showcase the journey of our candidates from their trainings, from their lessons and challenges.

The first series will air on September 27 and there will be a new episode every week, every Sunday.

Eventually it will lead to the preliminary competition and then the final episode will be the live grand coronation night that will happen on October 25.

The series will also raise funds for charity. Tell us about that as well.

A lot of people are asking what’s the relevance of beauty pageants in this time of crisis. I think we need to bring hope to people. And through Miss Universe Philippines and our candidates, we want to be bearers of light to people. And that’s why we came up with this charity, wherein the girls will choose a beneficiary that they would like to help.

And once you subscribe to the ‘Ring Light’ series, parts of the proceeds will go to a candidate’s choice of beneficiary.

As a former Binibining Pilipinas Universe 2011, what does it takes to become a beauty queen? Any tips and advice?

I would always say it takes a whole community to create a beauty queen. And for my experience, it was through the help of so many people through my mentors, through my family. I think what really makes a queen is not just the physical aspect. You should have a heart for it, you should have a purpose.

As the organiser, what are you looking for from a candidate?

I think now we continually evolve in how we look for our representative in international pageants. And I think for the Miss Universe title, we are really looking for a spokesperson, somebody who can use their voice, use their platform to bring out issues in society or push whatever advocacies they have.

For the qualities, of course, there’s beauty, but everybody has their own versions of what is beautiful, what a beautiful Filipina is. So aside from that, we’re really looking for somebody who is empowered, who’s not afraid to voice out her opinions and be able to really affect a positive change in their community.

With Pia Wurtzbach and Catriona Gray winning the Miss Universe titles in 2015 and 2018, they have raised the bar to another level. Are your qualifications and standards now much higher?

I think there’s a certain kind of pressure that the girls are facing because, of course, we were able to have two Miss Universe winners in just how many years. And, of course, with Pia and Catriona, they really have shown how confidence can really work for you.

And a lot of girls get intimidated, but I would always tell them, you know what, you should have seen them before they became Pia and Catriona, and their journey. I believe that beauty queens are not born. They’re made.

But we as an organisation, we are here to help you bring that beauty queen that’s hiding inside.

What would you say to those who think that beauty pageants are only focused on physical beauty than other qualities?

Yeah, I get that. That’s one of the stereotypes. I would tell the girls and our candidates that we are here to break stereotypes and to change how people see beauty queens.

That’s one of the reasons also why I joined the Binibining Pilipinas. A lot of people were telling me, why join a beauty pageant? You’re already a professional, you’re a [board exam for architecture] top-notcher, or you don’t need that. But I said, why not? I mean, why should I be afraid of trying something out of my comfort zone?

And I said that maybe it’s my way of changing how people perceive beauty queens, that beauty queens can also be smart. You can also have opinions. We can also excel in our profession and be beautiful at the same time. We don’t have to choose. We can be both.

What do you think is the Philippines’ edge over other candidates in international beauty pageants like Miss Universe?

Early this year, former beauty queen Janina San Miguel revealed the grimmer side to her experience in the pageant world, such as indecent proposals and the controlling manner of her training. Your thoughts on this?

I think everybody’s experience is different. I am saddened that she had to experience this. But, personally, I did not experience any of this.

And, maybe since now I’m an organiser, a national director, my aim is to ensure that they feel safe and comfortable. And, of course, there are so many things that we cannot control. So what we want to do is to train the girls, to empower them that in case they get into that situation, they are strong enough to choose the right thing and to say, ‘no’, if that’s what is in their heart.

The Filipino community here in the UAE is also actively involved in various pageants as organisers, participants and supporters. What is your message to them?

Allow me to thank all of you for your support. I mean, without you guys, we will not be where we are right now. When I was competing and when I was watching all our past girls compete in international pageants, I would always say that the best fans are the Filipino fans.

Even me when I competed in Brazil, wherein maybe only 10 Filipinos attended because there’s not a lot of Filipinos there, I still felt the support in social media, in their votes.

So to the Filipino community, to every supporter of Miss Universe and Miss Universe Philippines, we decided to create this series for you to be able to delve into the journey of our candidates and for you to be able to support them. And while you’re supporting them, you’re also able to support the people who have been greatly affected by this pandemic through their chosen beneficiary.

Even though we are all facing difficult times, this is also the time that we can give hope to others.

Do you have an update to this year’s Miss Universe pageant?

There’s no final [word] yet. But what I am sure of is that we will still have a Miss Universe pageant.

All eight episodes of ‘Ring Light’, including five learning episodes, a challenge episode, the preliminaries (swimsuit and gown competition), and the grand finale will be available to stream on www.empire.ph for a one-time fee of Dh22. 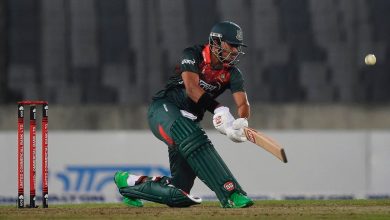 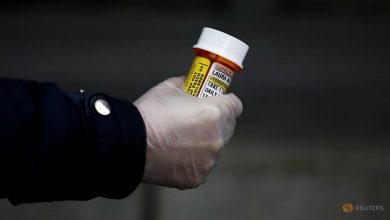 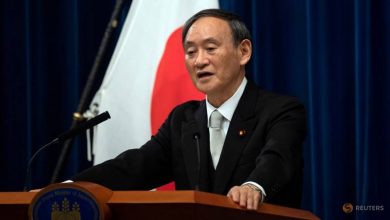 Chrissy Teigen donates to bail funds for protesters
May 31, 2020