TELUK INTAN, Perak: The living room of the Wong family was like a whimsical zoo of small fanciful animals.

Rabbits, fishes and mice crowded the floor, leaving little space to move about, as the majestic dragons kept watch.

Made of iridescent cellophane paper, these are lanterns for the Mid-Autumn Festival celebration, a candle-lit companion as Chinese families admire the bright full moon and savour wedges of mooncakes.

Mr Wong Choo Koh, 76, makes each and every of these lanterns by hand.

Seated cross-legged on the floor, he crouched over an aged wooden block that has nails marking the outline of a rabbit. His wrinkly hands guided strands of wires around the nails, and in no time, the frame of a rabbit lantern has taken shape.

“This is one of the conventional lantern designs,” the grandfather of five said. Scribbled with measurements, the wooden block is among the oldest in his possession, dating back to some 40 years ago when he began to dabble in lantern making.

It was his wife’s family that was – and still is – in this cottage industry, churning out cellophane lanterns that are sold all over the country. By observing how she and the rest of the family members produce these lanterns, he started making his own in his spare time.

Today, Teluk Intan – a town built around the oxbow meander of the Perak River and about two hours north of Kuala Lumpur – has 11 lantern making families, said Ms Wong Lih Jiun, the youngest of Mr Wong’s four children. Ten of the 11 families are related, she said.

Mr Wong, now retired, is giving his full attention to lantern making. Not satisfied with just producing the common ones, he has added new designs to his repertoire, with a few being introduced every year.

What sustained him over the years are his creative flair and an almost mischievous competitiveness to outshine the rest.

HANDMADE ALL YEAR ROUND

Lantern making is a year-round undertaking, not just when the eighth lunar month approaches.

Before he begins the actual making process, Mr Wong has to get the small parts ready. Wire strands are snipped and organised according to their sizes, so they are within easy reach as he assembles the lanterns.

Each lantern design has a dedicated wooden block for Mr Wong to shape the wires into frames. Two frames are held together by connectors and a stick candle holder to become a three-dimensional structure.

After each structure is assembled, he places it on the floor to check for balance, giving it a few gentle squeezes until he is satisfied with the overall look.

Several part-timers, mostly housewives operating out of their own homes, will then glue the trimmed cellophane papers onto the structure, according to the colour combination picked by Mr Wong.

Next, Mr Wong and his children will be adding on the final touches. Using brushes, they draw scales for the fish, teeny nose for the mouse, claws for the dragon and decorative strokes here and there.

“Concentration is the key, my mum once said. We have to give our full attention, always planning where the next stroke should go,” Ms Wong said, recalling a conversation with her late mother.

When lit with candles, these lanterns give a soft, atmospheric glow, their patterned shadow casting on the expectant faces of little kids.

The excitement of playing with candle fires probably explains why the cellophane lanterns have remained popular among the children. Even the battery-operated plastic lanterns, which play music at the flick of a switch, have failed to unseat them as a festival staple.

“Lanterns dotted with gold glittering powder, such as fishes, rabbits, dragons and butterflies, are the most marketable styles,” Mr Wong said.

He wholesales up to 8,000 lanterns of about 30 designs every year, mostly to retailers in Kuala Lumpur and Penang. His lanterns have also reached as far as Singapore, Canada, Taiwan, China and Indonesia via resellers.

In Petaling Street, the “Chinatown” of Kuala Lumpur, handmade cellophane lanterns of varying sizes, models and intricacy are sold between RM10 (US$2.40) and RM40 in shops specialised in home decorations, party supplies and knick-knacks.

Even though these cellophane lanterns do not come with a label or trademark, Mr Wong can instantly identify his own. His keen attention to details aside, it is his designs that stand out, he said.

Decades ago, seven or eight lantern makers scattered in Kampar, Ipoh and Teluk Anson (now Teluk Intan) were among the pioneers in making these cellophane lanterns, Mr Wong said.

They referred to each other’s designs and made similar lanterns. Over time, more designs were created.

“Today, the one who comes out with the most beautiful, and the most number of designs, is me,” Mr Wong said, as Ms Wong burst into laughter at his unabashed pride in his work.

Mouse, kangaroo, dolphin, and piglet, bee and tortoise are among the styles he has made. There is also a seal balancing a ball on its nose, a bead necklace on its neck exuding the circus vibe.

A snake – an uncommon choice – is one of the latest that has yet to be marketed. The innovation process is slow-moving; it takes weeks for an idea to be sketched, perfected and transferred onto the wooden block.

“The snake took me at least three weeks. I looked at it for a bit, then set it aside for a bit.

“After I nailed the outline and made a wire structure, it didn’t feel quite right. It was out of shape, so I had to remove the nails and start all over again,” Mr Wong explained.

Even though a particular animal style has been put into mass production, he still revisits the design and fine-tunes as he sees fit.

“Can you tell how much time I spent? I am most satisfied and happy when I succeed in making a new design,” he said.

Whenever a new design has been created, Mr Wong is in no rush to boast about it to fellow craftsmen. “They can see from the shops later,” he said.

INHERITING THE ART OF LANTERN MAKING

Having grown up surrounded by cellophane lanterns and helping to make them all these years, Ms Wong has developed a strong sentimental attachment to these Mid-Autumn toys.

She keeps a collection of about 30 lanterns in her room, and declares that each is her favourite. “They are equally meaningful to me. Each was designed by my father, and made with skills handed down from my grandmother and mother,” she said.

As the publication officer of a local university in Selangor, Ms Wong travels home almost every weekend. While at home, she busies herself with the lanterns.

“I watched the adults make the lanterns when I was small, and I really wanted to be part of it. Finally one day, I was asked to help out. My other siblings were involved since primary school too.

“It has become a habit. It’s something we have been making since young, it’s also about inheriting the folk art,” she said.

These cellophane lanterns are part of the childhood of many people in Malaysia, even though they might not personally know the craftsmen behind the seasonal items. “We may not have spent our childhood together but this item was once your companion. This, for me, is a different kind of ‘yuan fen,’” Ms Wong said, referring to the special bond in the Chinese concept of fate.

From the business perspective, the trade is not a particularly lucrative one. Since it is a seasonal product, makers have to be supplemented by other income sources.

Mr Wong is also pragmatic about the future of this craft: “If one day no one is willing to carry on with the trade anymore, it only means they have better career pursuits.”

But for now, the Wong family will continue making the lanterns for as long as they can.

“I feel blessed that this type of lanterns still exists and continues to be in demand, after all these years,” Ms Wong said. 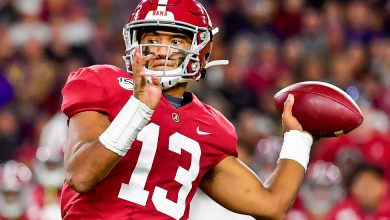 Who Is Tua Tagovailoa? A Great Mystery of the NFL Draft 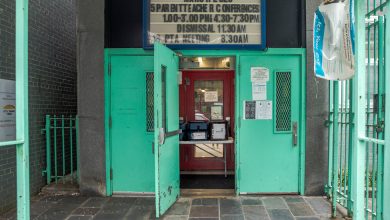 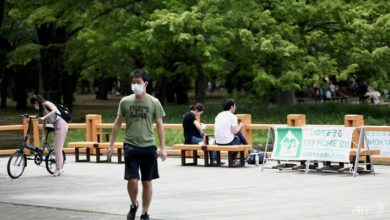 Japan set to extend coronavirus emergency to May 31 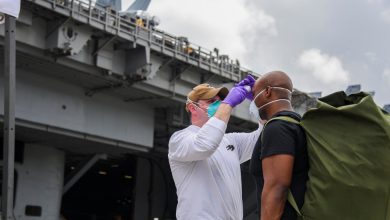 Many Have Antibodies After Coronavirus Outbreak on Carrier Roosevelt

Netflix’s ‘Umbrella Academy’ takes on the 1960s in season two

Not a billionaire, but Kylie Jenner is highest-paid celebrity, Forbes says
June 5, 2020

Not a billionaire, but Kylie Jenner is highest-paid celebrity, Forbes says