HONG KONG: Over the summer months, discussion of developments in Hong Kong has been dominated by the national security law, passed in Beijing and promulgated in Hong Kong on Jun 30.

This move has created a sense in the West that finally the long-prophesied “end of Hong Kong” (as we know it) has come.

Washington quickly proclaimed that it would no longer treat Hong Kong as different from the rest of China.

The British government announced a citizenship package for nearly half of Hong Kong’s population, the suspension of the bilateral extradition agreement, and extension to Hong Kong of the arms embargo in place for mainland China. The Sino-British Joint Declaration of 1984 may still be legally binding, but politically it is looking increasingly irrelevant.

Western governments argue that they are simply responding to a breach of commitments by Beijing in enacting the national security law.

READ: Commentary: The deepening crisis over the Hong Kong protests

But the drivers for the latest developments are more complicated, and reflect local and global politics, as well as thinking in Beijing.

At the local level, Hong Kong politics has become increasingly radicalised and polarised over a number of years.

The Hong Kong government is weaker after a year of protest. Beijing has been moving to deal with the vacuum and its concerns that involvement of the US in Hong Kong politics has constituted a threat to national security.

Indeed, Hong Kong’s global context has changed significantly. It no longer sits in a sweet spot, able to play a facilitating role in an economic globalisation encouraged by both the US and China.

READ: Commentary: Are Hong Kong protests taking a toll on the city’s businesses?

Now the city finds itself caught up in the growing strategic hostility between Washington and Beijing, which was fed by – and fed – the unrest in Hong Kong last year.

Hong Kong’s political and economic future will be shaped by the interplay of these local, national and global factors.

A FUTURE MORE TIED UP WITH REST OF CHINA

In both politics and economics, that future is going to lie more than ever with the rest of China.

Economically, this is nothing new. Especially since the 1980s, the city’s economic fortunes have been closely tied to those of China as a whole.

Hong Kong businesses were central to the PRC’s opening up to foreign investment and global supply chains, and more recently have been key providers of business and financial services for the overseas expansion and listing of Chinese companies. Hong Kong is the immediate source of over half the foreign direct investment flows into and out of mainland China.

Over time, and in particular since the global financial crisis over a decade ago, China’s growing economy has been the decisive factor in Hong Kong’s economic development, from the financial sector to tourism.

Dependence on the rest of China will grow in the future, especially if the US, the UK and other key former partners sacrifice their relationships with Hong Kong in the interests of shifting to a more hard-line China policy.

Some listings of Chinese companies are shifting from New York to Hong Kong, as recent IPOs and secondary listings by companies such as Alibaba show.

The rapid growth of Hong Kong’s hinterland in the Guangdong-Hong Kong-Macao Greater Bay Area provides the city with new development opportunities, though it will need to adapt to take full advantage of them.

But geopolitics will still act as a drag on Hong Kong’s global economic ties.

Speaking in July, US Secretary of State Pompeo said that the US would “love to preserve the freedom in Hong Kong … But if we can’t, we’re going to hold the Chinese Communist Party to account”. President Donald Trump has talked about having seen off Hong Kong as a competitor to the US.

A CHANGING FOCUS ON ONE COUNTRY, TWO SYSTEMS

Where does this leave one country, two systems, the framework that is supposed to bind Hong Kong to China and outline a modus operandi for this relationship to work?

Beijing frequently restates its long-term commitment to the principle. But the practice is at a point of flux.

The more active approach from Beijing this year presages greater emphasis on one country, and less autonomy for Hong Kong in politically-sensitive areas. What to make of this depends on how one country, two systems was interpreted in the first place.

It has become clear since the 2014 Occupy movement that there are very different perceptions – in Hong Kong and elsewhere – of what the framework meant and was intended to achieve.

READ: Commentary: The fight behind closed doors at home in Hong Kong

For Beijing, “one country” was always the priority, while retaining the advantages of “two systems”.

The national security law has made clear that advocating futures for Hong Kong – such as independence – which undermine “one country”, challenge Chinese rule, or are incompatible with Hong Kong’s mini constitution, the Basic Law, will not be tolerated.

More widely, though, Hong Kong’s institutions, political culture and media environment will remain distinct and different from the rest of China.

The debates over the national security law, and the arrests under it, have been reported and discussed openly in the city over recent months.

In the economy and finance, Hong Kong’s separate system will likely be maintained, as it serves China’s interests in engaging with the global economy. This is the comparative advantage that Hong Kong brings to China’s national development.

To be sure, China faces challenges over the coming decade. But its economy is already recovering from COVID-19 and growing faster than global averages.

A well-educated and dynamic urban middle class provides a good basis for growth in higher value-added and services sectors. Dynamic innovation is a feature of China’s corporate world, especially in tech and new economy sectors.

Alongside its economic development, China has become a more diverse and vibrant society. Those trends are well set, whatever the politics.

READ: Commentary: What next for Hong Kong and its people?

READ: Commentary: Hong Kong will keep its chin up this COVID-19 outbreak and enjoy the small things

This provides plenty of reasons for optimism about Hong Kong’s economic future.

In spite of the tendency among some in Hong Kong and many overseas to assume that anything to do with China is bad for Hong Kong, not everyone in Hong Kong agrees.

For Hong Kong, being part of China is not a choice – power, history and geography ensure that. As China’s development continues, it can also turn out to be more of an opportunity than a threat for Hong Kong’s future.

Dr Tim Summers is a non-resident senior consulting fellow on the Asia-Pacific programme at Chatham House and an assistant professor at the Centre for China Studies at the Chinese University of Hong Kong. 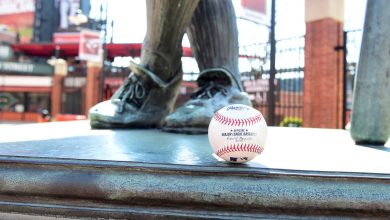 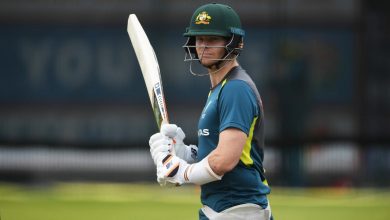 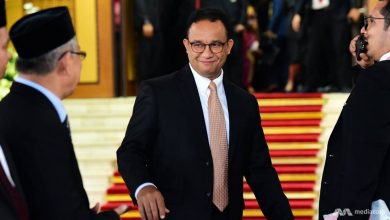 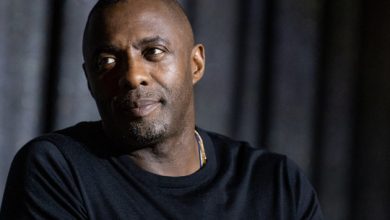 Inside Justin and Hailey Bieber’s intimate reality show
May 5, 2020