China said it was winding down its “re-education” camps for Uighurs and other minority groups, but researchers found evidence that incarceration is on the rise.

An investigation by the Australian Strategic Policy Institute showed that, rather than being released, many detainees were most likely being sent to prisons and perhaps other facilities. The researchers studied satellite images showing new and expanded detention sites.

They showed that “extrajudicial detainees” were now being “formally charged and locked up in higher security facilities, including newly built or expanded prisons,” Nathan Ruser, a researcher who led the project, wrote in the report released on Thursday. China has denied that the Uighurs have suffered human rights abuses.

Findings: By using satellite imagery, the researchers found and examined some 380 suspected detention sites in Xinjiang. At least 61 of them had expanded in area from July 2019 to July of this year, and of those, 14 were still growing.

Hospitalizations lag in Europe’s second wave, but for how long?

Facing a spike in coronavirus cases, European officials fear a repeat of harrowing scenes from the spring, when the virus swamped intensive care units in Italy and Spain.

But just how imminent is the peril? European leaders are dealing with a fast-changing situation, with conflicting evidence on how quickly new virus cases are translating into hospital admissions. Madrid’s hospitals are close to capacity, for example, yet France’s hospital admissions and deaths are going up slowly.

Explanation: Some experts argue that this shows the virus has lost potency since it first arrived in Europe, or that it is now infecting mostly younger people, who are less likely to experience severe symptoms. Others say it is a testament to social distancing, the widespread use of face masks, greater precautions for more vulnerable people and better medical treatment.

North Korea is accused of shooting and burning defector

North Korea has yet to comment on the shooting. If confirmed by the North, it would be the first time ​that the country’s government has killed a South Korean citizen in its territory since 2008. The episode threatens to further derail North-South ties.

President Moon Jae-in of South Korea called the killing “stunning,” and the Defense Ministry demanded that the North punish those responsible.

Details: The official, a first mate on a South Korean ship​ monitoring fishing boats, went missing on Monday. A North Korean patrol boat found him clinging to a floatable device on Tuesday afternoon. Hours later, a North Korean Navy ship approached the man and opened fire under orders from higher-ups, although South Korean officials say it was clear he was trying to defect. North Korean soldiers then poured oil on his body and set it on fire.

Young women on the front lines of Thai protests

Pro-democracy protests in Thailand in recent weeks have been dominated by an emerging political force: young women. They were the early organizers of the demonstrations and in recent protests, they appeared to make up the majority. Above, Sirin Mungcharoen, an activist, holds up the defiant, three-fingered salute from the “Hunger Games” series.

Though the goal is to urge Thailand’s old guard to embrace new ideas, the women are also speaking out against the patriarchy that controls the military, the monarchy and Buddhist monkhood.

Hong Kong arrests: Joshua Wong, one of Hong Kong’s most visible pro-democracy activists, was arrested on charges that he violated a 2019 mask ban. He suggested that the authorities were seeking to pile charges on him and on other activists to prevent them from leaving the city.

U.S. elections: President Trump refused to commit to a peaceful transfer of power after the Nov. 3 vote, saying, “We’re going to have to see what happens.” Several prominent Republicans, including Senator Mitch McConnell, the majority leader, insisted that a peaceful handover would take place.

Breonna Taylor: Two Louisville police officers were shot during demonstrations on Wednesday night after a grand jury decided not to charge any officer in the killing of Ms. Taylor, a Black medical worker who was shot during a botched raid on her apartment. A former detective was indicted on a charge of wanton endangerment for recklessly firing into a neighboring apartment.

Snapshot: Above, a haircut this month at Jolog’s Barbershop in Manila. For 20 years, amid military coups, typhoons, attacks and a revolution, rich and poor alike have crammed into the shop to discuss the day’s news and gossip. But the pandemic has changed that: Patrons are no longer in the mood for chatter. The barbershop exemplifies the toll the coronavirus has exacted on the Philippines.

What we’re reading: This Vogue article on Ruth Bader Ginsburg’s husband, Marty, who supported her career, dreams and ambitions. Carole Landry of the Briefings Team writes: “This egalitarian partnership was a rarity for a woman of her generation. It’s something that many women aspire to today.”

Cook: This vegetarian rendition of Taiwanese Meefun gets its umami from dried shiitake mushrooms and gains a little heft from eggs.

Read: Among these 17 new books out in October are biographies that shed light on Malcolm X, Sylvia Plath and the Beatles. Martin Amis’s new novel, “Inside Story,” and Sayaka Murata’s “Earthlings” also hit the bookstores.

Go (virtually): Your guide for this tour of Times Square, the heart of Midtown Manhattan, is an expert from the Harvard Graduate School of Design who offers a look at the legal battles that shaped 42nd Street.

Wait. There’s more. Here’s our full At Home collection of ideas on what to read, cook, watch, and do.

You might emerge from 2020 with fewer friendships, and that’s OK. Whether your friendships have been rocky the past few months or have iced over completely, here are some ways to heal while socially distancing.

Make a genuine connection. If getting together isn’t feasible or safe, you can arrange a video call. However, a one-time conversation over video chat probably won’t be enough to get the friendship back on track. Setting up another call or check-in at a future date will keep the positive momentum going and help normalize the relationship.

Extend as much grace as you can. “We need to have compassion for the stresses that people are under,” said Lydia Denworth, author of “Friendship: The Evolution, Biology, and Extraordinary Power of Life’s Fundamental Bond.” Some people are untouched by the pandemic; others have had their lives grind to a halt. Problems can arise between friends who don’t acknowledge that different people are experiencing this crisis in different ways.

Try not to take a “no” personally. If friends say they can’t talk to you right now, don’t spiral into negative questions and assumptions. “Whenever anyone says ‘no,’ it’s basically them taking care of themselves,” said Ivy Kwong, a licensed marriage and family therapist. Respect their decision and let them know your door is always open to them.

Express gratitude. Write a handwritten letter telling your friends how much they mean to you. Voicing your deep appreciation could help strengthen your bond.

Accept that you may have outgrown this friendship. Just because a friendship has existed for a long time, that doesn’t mean it’s capable of providing you with what you need today. Take this moment to identify the weaker friendships: “The ones that aren’t sustaining you, don’t make you feel good and that are lopsided,” Ms. Denworth said.

Thank you
Carole Landry helped write this briefing. Theodore Kim and Jahaan Singh provided the break from the news. You can reach the team at briefing@nytimes.com.

P.S.
• We’re listening to “The Daily.” Our latest episode is about protests in Louisville, Ky., amid disappointment over the verdict in the Breonna Taylor case.
• Here’s our Mini Crossword, and a clue: Theater stage item (four letters). You can find all our puzzles here.
• Arthur O. Sulzberger Jr. will retire as the chairman of The Times on Dec. 31 and be succeeded by his son, A. G. Sulzberger, completing a generational shift at a newspaper that has been in the same family for more than 120 years. 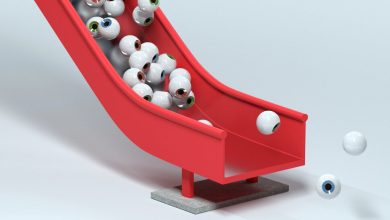 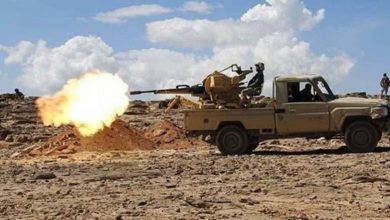 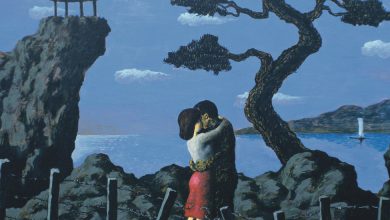 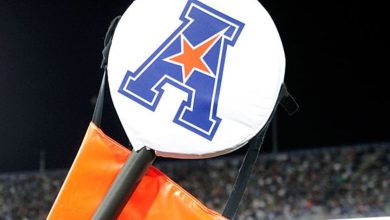 The life of Ghosn: Fugitive tycoon to star in screen productions
2 weeks ago

The life of Ghosn: Fugitive tycoon to star in screen productions

Jason Derulo ‘knocks out’ Will Smith’s teeth in funny video

COVID-19: Antonio Banderas reveals on birthday he has tested positive