BANGKOK: Thousands of Thais protested outside parliament Thursday (Sep 24) as lawmakers debated amendments to the kingdom’s military-scripted constitution, a key demand of a burgeoning pro-democracy movement alongside calls to reform the unassailable monarchy.

Thailand has seen a growing movement of anti-government protests led by student activists in recent months, with a rally last weekend drawing 30,000 supporters – the largest demonstration since the 2014 coup.

Protesters are demanding a rewrite to the 2017 constitution scripted by the former military government, which critics say paved the way for coup leader Prayut Chan-o-cha to return to power as a civilian premier after last year’s elections.

As lawmakers inside the building debated setting up a constitutional drafting committee, outside, rally organiser Siraphop Attohi – also known as Raptor – called for MPs to put a constitutional “limit” on the monarchy’s power.

“If they still resist … then in the end they would not be able to withstand the people’s tide,” Raptor yelled from a truck, while organisers projected a live feed of the parliamentary debate.

A lawmaker aligned with the government proposed that the vote be postponed to November and that a new committee be set up to study details around the process of making such changes first.

The proposal was met with resistance from opposition parties. It also angered the protesters.

“Do you hear the people? Or is the building so thick?” said Anon Nampa, one of the protest leaders.

The movement – which students say is leaderless and inspired by Hong Kong’s pro-democracy protesters – is also calling for Prayut to resign and for the government to stop “harassment” of political opponents.

King Maha Vajiralongkorn spends much of his time in Europe, but he was in Bangkok on Thursday to mark Prince Mahidol Day, laying a wreath at his grandfather’s statue, according to local media.

READ: What’s behind Thailand’s protests and what comes next?

Ahead of the protest authorities officially began legal complaints against some of the social media platforms used by the young, tech-savvy demonstrators to further their message.

Action had been initiated against Facebook and Twitter for not complying with a request to take down “offensive” material, said Minister of Digital Economy and Society Buddhipongse Punnakunta.

Last month, Facebook complied with a government request to remove Royalist Marketplace, a group set up by an exiled government critic which discusses the monarchy’s role in Thai society and had more than a million members.

But around 400 requested URLs remain on the platform, said Buddhipongse, declining to say if they had been flagged by his ministry because they criticised the king.

“It’s not only politics – we have other factors covered in the (Computer Crimes Act),” he told AFP.

Thailand’s monarchy is protected by one of the world’s toughest royal defamation laws, making any criticism of the monarch all but impossible inside the country.

Lawmakers are expected to vote after the debate ends on Thursday.

Government-appointed senators are likely to back the ruling government’s amendment – which calls simply for a drafting committee – while opposition parties had called for wider changes.

“If they (vote) it down then we will stay here all night,” prominent student leader Panusaya Sithijirawattanakul told AFP, ahead of giving a speech outside parliament Thursday.

“We will block the MPs from going home.” 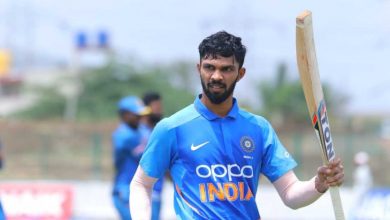 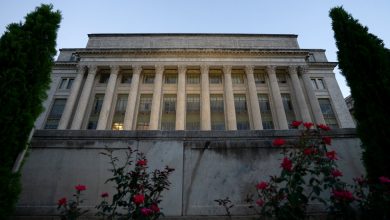 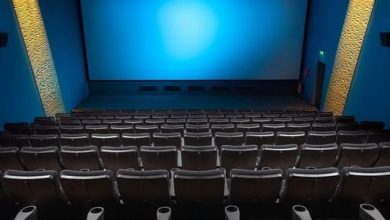 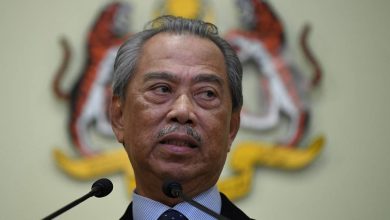 ‘Sufiyum Sujatayum’ review: A story told from the heart
July 8, 2020

‘Sufiyum Sujatayum’ review: A story told from the heart

With face shield, Amitabh Bachchan urges people to ‘be in protection’ as COVID-19 cases soar
September 18, 2020

With face shield, Amitabh Bachchan urges people to ‘be in protection’ as COVID-19 cases soar