In Malaysia and Indonesia, these workers tend the heavy reddish-orange palm oil fruit that makes its way into the supply chains of many iconic food and cosmetics companies like Unilever, L’Oreal, Nestle and Procter & Gamble.

Together, the two countries produce about 85 percent of the world’s estimated $65 billion palm oil supply.

Palm oil is virtually impossible to avoid. Often disguised on labels as an ingredient listed by more than 200 names, it can be found in roughly half the products on supermarket shelves and in most cosmetic brands. It’s contained in paints, plywood, pesticides and pills. It’s also present in animal feed, biofuels and even hand sanitizer.

The AP interviewed nearly 130 current and former workers from two dozen palm oil companies who came from eight countries and labored on plantations across wide swaths of Malaysia and Indonesia. Almost all had complaints against their treatment, with some saying they were cheated, threatened, held against their will or forced to work off unsurmountable debts. Others said they were regularly harassed by authorities, swept up in raids and detained in crowded government facilities.

They included members of Myanmar’s long-persecuted Rohingya Muslim minority, who fled ethnic cleansing in their homeland only to be sold into the palm oil industry. Fishermen who escaped years of slavery on boats also described coming ashore in search of help, only to be trafficked onto plantations — sometimes with police involvement. They said they worked for little or no pay and were trapped for years.

The AP used the most recently published data from producers, traders and buyers of the world’s most-consumed vegetable oil, as well as U.S. Customs records, to link the laborers’ palm oil and its derivatives from the mills that process it to the supply chains of top Western companies like the makers of Oreo cookies, Lysol cleaners and some of Hershey’s chocolatey treats.

AP reporters witnessed some abuses firsthand and reviewed police reports, complaints made to labor unions, videos and photos smuggled out of plantations and local media stories to corroborate accounts wherever possible. In some cases, reporters tracked down people who helped enslaved workers escape. More than a hundred rights advocates, academics, clergy members, activists and government officials also were interviewed.

Though labor issues have largely been ignored, the punishing effects of palm oil on the environment have been decried for years. Still, giant Western financial institutions like JPMorgan Chase, Deutsche Bank and the Vanguard Group have continued to help fuel a crop that has exploded globally, soaring from just 5 million tons in 1999 to 72 million tons today, according to the U.S. Department of Agriculture.

Sometimes they invest directly but, increasingly, third parties are used like Malaysia-based Malayan Banking Berhad, or Maybank, one of the world’s biggest palm oil financiers. It not only provides capital to growers but, in some cases, processes the plantations’ payrolls, with arbitrary and inconsistent wage deductions that are considered indicators of forced labor.

“This has been the industry’s hidden secret for decades,” said Gemma Tillack of the U.S.-based Rainforest Action Network, which has exposed labor abuses on palm oil plantations. “The buck stops with the banks. It is their funding that makes this system of exploitation possible.”

The AP found widespread labor abuses on plantations big and small, including some that meet certification standards set by the global Roundtable on Sustainable Palm Oil, an association that promotes ethical production – including labor practices — and whose members include growers, buyers, traders and environmental watchdogs.

Some of the same companies that display the RSPO’s green palm logo signifying its seal of approval have been accused of continuing to grab land from indigenous people and destroying virgin rainforests that are home to orangutans and other critically endangered species.

As global demand for palm oil surges, plantations are struggling to find enough laborers, frequently relying on brokers who prey on the most at-risk people. Many foreign workers end up fleeced by a syndicate of recruiters and corrupt officials and often are unable to speak the local language, rendering them especially susceptible to trafficking and other abuses.

They sometimes pay up to $5,000 just to get their jobs – an amount that could take years to earn in their home countries — often showing up for work already crushed by debt. Many have their passports seized by company officials to keep them from running away, which the United

Nations recognizes as a potential flag of forced labor.

Countless others remain off the books, including migrants working without documentation and children who AP reporters witnessed squatting in the fields like crabs, picking up loose fruit alongside their parents. Many women also work for free or on a day-to-day basis, earning the equivalent of as little as $2 a day, sometimes for decades.

The AP talked to some female workers who said they were sexually harassed and even raped in the fields, including some minors.

The workers AP interviewed came from Indonesia, Malaysia, Bangladesh, India, Nepal, the Philippines and Cambodia, along with Myanmar, which represents the newest army of exploited laborers. The AP is not fully identifying them or their plantations to protect their safety.

“We work until we are dying,” said one worker sitting in a room with two other colleagues at a Malaysian plantation run by Felda, a government-owned company. Their eyes filled with tears after learning Felda was one of the world’s largest palm oil producers.

“They use this palm oil to make all these products,” he said. “It makes us very sad.”

The Malaysian government was contacted by the AP repeatedly over the course of a week, but issued no comment. Felda also did not respond, but its commercial arm, FGV Holdings Berhad, said it had been working to address workers’ complaints, including making improvements in recruitment practices and ensuring that foreign laborers have access to their passports.

Nageeb Wahab, head of the Malaysian Palm Oil Association, a government-supported umbrella group, called the allegations against the industry unwarranted: “All of them are not true,” he said.

The Indonesian Palm Oil Association said it has been striving to improve labor conditions for the last five years. Soes Hindharno, spokesman for the country’s Ministry of Manpower and Transmigration, said any company violating government rules and regulations on serious issues like child labor and not paying women workers could face sanctions, including having their operations shut down.

Unilever, L’Oreal, Nestle and Procter & Gamble all said they do not tolerate human rights abuses and investigate allegations raised about companies that feed into their supply chains, taking appropriate action when warranted, which can include working with suppliers to improve conditions or suspending relationships when grievances are not properly addressed.

Deutsche Bank reiterated its support of human rights, Vanguard said it monitors companies in its portfolio for abuses, and JPMorgan Chase declined comment.

Maybank expressed surprise at the criticism of its standards, saying that “we reject any insinuation that Maybank may be involved in any unethical behavior.” 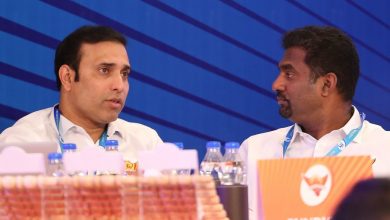 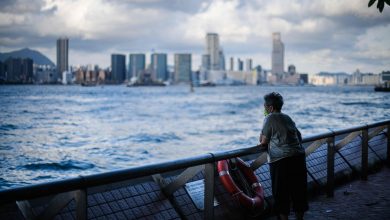 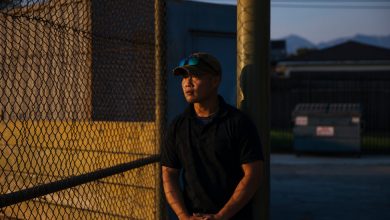 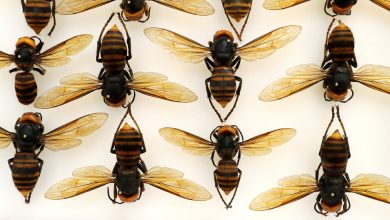 In Japan, the ‘Murder Hornet’ Is Both a Lethal Threat and a Tasty Treat

Bollywood: From Shahrukh Khan to Amitabh Bachchan, remembering the romance maker Yash chopra on his birthday