Andy Murray is set to play Stan Wawrinka in the first round of the 2020 French Open: a matchup that could never have taken place so early at a Grand Slam tournament when both were at their peaks for much of the last decade.

But Murray, the former No. 1 from Britain, has dropped to 111 in the rankings after two hip surgeries. Now 33 years old, he was in need of a wild card to enter this unusual French Open, which was postponed from its traditional May and June dates to September and October because of the coronavirus pandemic.

Though the draw went ahead as planned in Paris on Thursday, French Open organizers are still facing big questions about this year’s event. The initial plan (after the postponement) was to host as many as 20,000 spectators per day at Roland Garros Stadium. But a resurgence in coronavirus cases in France in recent weeks has forced the tournament leadership to significantly reduce the number of people on site.

On Wednesday, Olivier Véran, France’s health minister, announced that large planned events in many parts of France, including the Paris region, would be limited to no more than 1,000 people beginning Saturday.

The French Open, which was still planning on hosting 5,000 spectators per day, is set to begin on Sunday. Guy Forget, the French Open tournament director, said the tournament was awaiting clarity from French authorities on how to proceed.

Wawrinka, the 2015 French Open champion, is seeded 16th this year, but the draw held on Thursday threw him and Murray together again.

They last played in Paris in the semifinals of the 2017 French Open when Wawrinka defeated Murray, then ranked No. 1, in five grinding sets.

Murray and Wawrinka practiced together early this week on Philippe Chatrier Court, which has been rebuilt since they last played and now has a retractable roof.

“Been a long journey to get back on Court Philippe Chatrier,” Murray wrote on Instagram. “Three and a half years since I played Stan Wawrinka in a brutal five-set semifinal which turned out to be the end of my hip.”

It will not be the only men’s first round match between Grand Slam singles champions. Dominic Thiem, who joined that club earlier this month by winning the United States Open, will face Marin Cilic, another former U.S. Open champion.

Thiem, seeded No. 3, was also placed in the same half of the draw as Rafael Nadal, who has won a record 12 French Open singles titles and will play the 83rd-ranked Egor Gerasimov in the first round.

Nadal defeated Thiem in the last two French Open finals, and they and No. 1 Novak Djokovic are considered the main threats for the men’s title this year.

While Nadal and Thiem could be on course for a semifinal match, Djokovic has what appears to be an easier path. He will face Mikael Ymer of Sweden in the first round and has No. 5 seed Stefanos Tsitsipas in his quarter of the draw and No. 4 Daniil Medvedev in his half. But Medvedev, the versatile and tactic-shifting Russian, has a losing tour record on clay.

In the women’s tournament, Serena Williams got a rematch with Kristie Ahn, a fellow American, in the first round. Williams defeated Ahn in the first round of this year’s U.S. Open on her way to the semifinals, where she was beaten by Victoria Azarenka.

Williams, the No. 6 seed, also could have a second-round rematch at the French Open with Tsvetana Pironkova, whom she beat in the quarterfinals in New York. Williams and Azarenka, the No. 10 seed, could meet again in the fourth round as Williams continues to chase a record-tying 24th Grand Slam singles title.

This year’s U.S. Open was missing six of the women’s top 10. 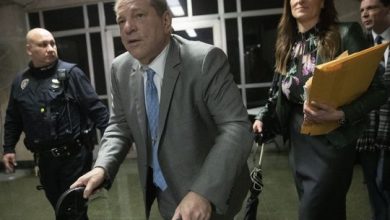 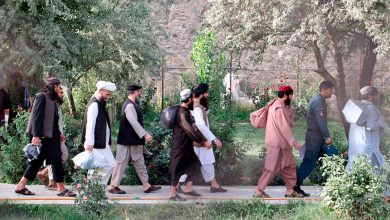 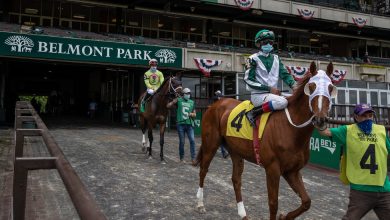 Belmont Stakes: Here’s What You Need to Know 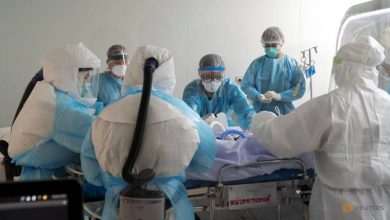 Dubai: ‘Together-Apart’, a play set in a lockdown, comes to The Junction
August 5, 2020

Dubai: ‘Together-Apart’, a play set in a lockdown, comes to The Junction

Erick Morillo, DJ behind the hit ‘I Like to Move It,’ dies at 49

Celebrating new wave of modernism in the region
March 26, 2020

Celebrating new wave of modernism in the region

Anushka Sharma on the most important thing for her in Bollywood
June 9, 2020

Anushka Sharma on the most important thing for her in Bollywood