KOTA KINABALU: Some Sabah residents who are set to vote in the state elections were surprised by the claims of opposition leader Anwar Ibrahim that he has a parliamentary majority to form a new Malaysian federal government, but they maintained that they will cast their votes based on local issues.

On Wednesday, Mr Anwar announced that he has garnered a “strong, formidable, convincing majority” of Members of Parliament (MPs) to overthrow the current government led by Prime Minister Muhyiddin Yassin.

Mr Muhyiddin has since said that Mr Anwar needs to prove that he has enough support to form a new government, while stating that he remains the “legal prime minister” of the country.

The tussle for federal power comes as the campaigning for the Sabah state election is reaching its final days, before voters in the Borneo state head to the polls on Saturday (Sep 26).

The frontrunners for the hotly contested election are the Warisan Plus coalition and the Gabungan Rakyat Sabah (GRS) coalition.

Mr Danny Estermit, a resident at Api-Api constituency where PKR candidate Chistina Liew is the incumbent, told CNA that Mr Anwar’s announcement came as a shock to him, but it would not change his mind on how he will vote on Saturday.

“I think we were all surprised when Anwar announced out of the blue that he now has enough seats to overthrow Muhyiddin. But for Saturday, I am focused on picking a state representative, someone to address concerns on the ground. I am not too concerned with federal matters,” he said.

Mr Estermit added that there was uncertainty as to whether Warisan would support Mr Anwar’s bid, so it was best to wait and see what happens after the state election.

“Datuk Seri Shafie has not said outright if he is behind Anwar or does he support Muhyiddin as PM, so we’d rather not speculate for now,” added the 27-year-old.

Mr Shafie Apdal, the leader of the Warisan Plus coalition and incumbent chief minister of Sabah, was tight-lipped when asked to comment on whether he supported Mr Anwar.

Speaking to reporters after meeting with youths in Likas on Thursday morning, Mr Shafie said: “I don’t want to respond (to Anwar’s claim). I am very focused on the state election. We have just one or two days to go. I am here to win an election in Sabah.”

“We want support for Warisan in Sabah,” he added.

One of those who attended the event, Mr Rozali Johar, a 21-year-old Likas resident who will be voting for the first time, told CNA that he was pleasantly surprised by Mr Anwar’s claim as he believed that the PH government is the rightful coalition to lead Malaysia, as determined by the people during the 2018 general election.

Mr Rozali said: “I was excited when I saw Anwar saying he has enough MPs to overthrow Muhyiddin’s government. The people chose PH (in 2018) so PH should be restored.”

He was also hopeful that Mr Shafie would back Mr Anwar publicly, maybe after the state election is over.

“But for Saturday, I will vote Warisan, because of what the party represents and how it is keen to help youths and address environmental and employment issues,” Mr Rozali added.

Meanwhile, an UMNO supporter in Sulaman, Mr Tokimin Hazziq noted that Mr Anwar had made similar takeover attempts twice, and had failed both times.

“I don’t really listen to what Anwar says, he has said all this before and it never amounted to anything,” said Mr Tokimin.

The 54-year-old acknowledged that he was also shocked when UMNO president Ahmad Zahid Hamidi said on Wednesday that many UMNO and BN MPs have stated their support for Mr Anwar to form a new government.

“That’s strange because none of them have admitted (this) publicly. I would not take what Anwar said seriously because it’s not clear who is (backing) him.

“Even Warisan or Mahathir’s party has not said they support him. It is confusing though but for Saturday, let’s ignore peninsular politics and focus on us,” he added.

“I AM STILL STANDING HERE AS PRIME MINISTER”

Mr Muhyiddin was also in Sabah to campaign on behalf of GRS candidates. On Wednesday night, he gave a speech in Luyang to a few hundred residents, where he stressed that Malaysia adopts a parliamentary democratic system that is based on the country’s Constitution.

“I am still standing here as the prime minister … Every single Malaysian, regardless of their background, is important for me. Because I care for all of you,” he said.

He arrived in Sabah hours after announcing that the federal government would be providing financial aid worth RM10 billion (US$2.4 billion) to further help Malaysians get through the COVID-19 pandemic, under the “Kita Prihatin” scheme.

Political lecturer with Universiti Malaysia Sabah, Dr Romzi Ationg said the announcement could be a “game changer” for Sabah state election as many voters were looking for any help to tide them through financial difficulties.

On the other hand, he said that Mr Anwar’s claims on a federal parliamentary majority could encourage voters who were sitting on the fence to support Warisan Plus, as the coalition could be part of the federal government in the near future.

“The prospect of Warisan being a key component of both the state and federal government could be encouraging, while supporting GRS for the purpose of having a federal and state government in sync could be seen as irrelevant now,” said Dr Romzi. 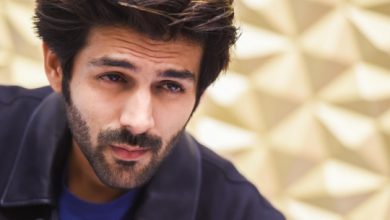 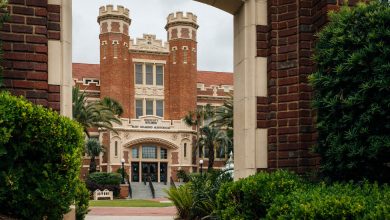 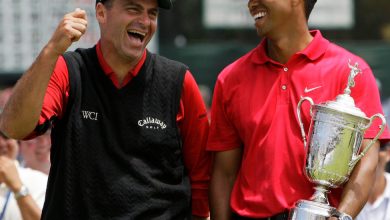 The U.S. Open’s Playoffs Are Part of Golf Lore. Under the Current Rules, They Wouldn’t Have Happened 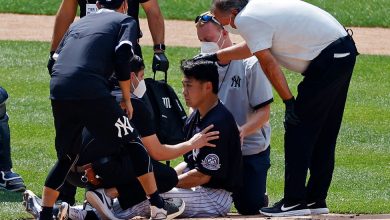 Masahiro Tanaka Hospitalized After Being Hit by Line Drive

One Direction reunion could happen on 10-year anniversary
April 14, 2020

One Direction reunion could happen on 10-year anniversary

From Disha Patani to Kangana Ranaut, Bollywood reacts to the horrific Hathras case condemning it as a replay of 'Nirbhaya'
September 29, 2020

From Disha Patani to Kangana Ranaut, Bollywood reacts to the horrific Hathras case condemning it as a replay of 'Nirbhaya'

Art in a pandemic: Swapping physical spaces for virtual ones
September 1, 2020