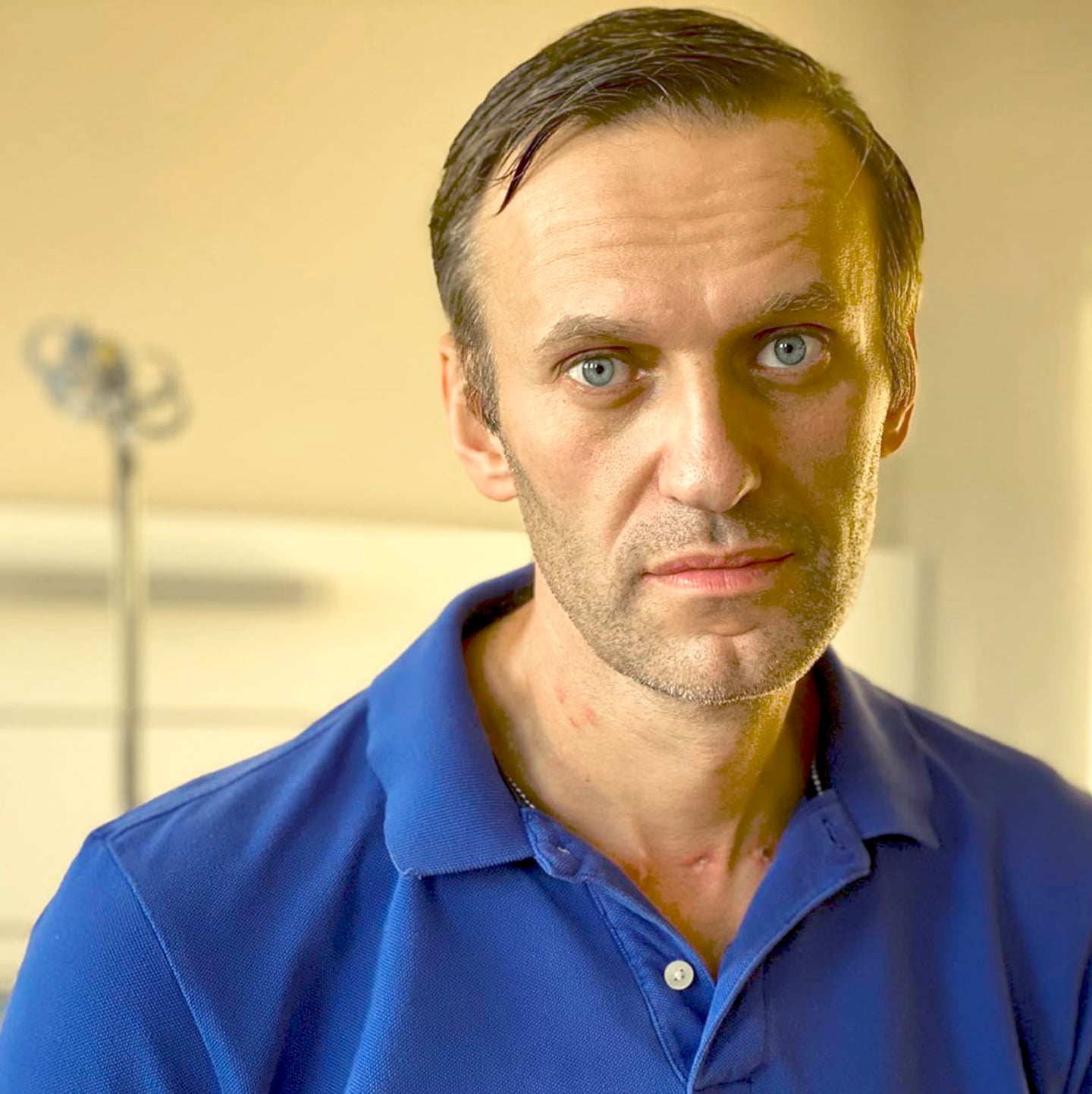 Navalny, 44, one of President Vladimir Putin’s most prominent critics, fell ill during an Aug. 20 flight from Siberia to Moscow. A video from the plane showed him crying out in agony.

He was flown to Berlin for treatment two days later. The German government has said toxicology tests in three countries have found that he was poisoned with a nerve agent from the Novichok family, a class of chemical weapons developed by the former Soviet Union and Russia. German Chancellor Angela Merkel has demanded an explanation from Moscow, as the Kremlin has denied poisoning him.

According to his team, Navalny intends to return to Russia after he has recovered. Navalny’s spokeswoman, Kira Yarmysh, said he plans to stay in Germany for the time being.

A picture posted on his Instagram account Wednesday showed him sitting on a park bench surrounded by woods. He described the first time that he saw a mirror after weeks in intensive care, and thought he looked like a “character from Lord of the Rings.”

“I was terribly upset,” he said. “I thought that I would never be discharged from the clinic.”

He recovered steadily from when doctors brought him out of an induced coma on Sept. 7 and at one point was finally allowed onto the balcony of his room, but said it was still hard to see the parks and trees below.

“But the day has come — hooray!” he added, saying he had asked to be taken to a place with trees. He said that for now, his plans are simple: rehabilitation. Earlier this summer, he had learned to ride a wakeboard, he wrote, “and now I’m learning to stand on one leg.”

Navalny’s online posts have charted his slow progress. On Saturday, he said he saw a “clear path” to recovery, although a long one. Alongside a photo of him walking down a flight of stairs, in the hospital, Navalny described how until recently he had not been able to speak or recognize people. He said the doctor would bring him a board to try to write a word.

“This drove me to despair because although I understood in general what the doctor wanted, I did not understand where to get the words from,” he wrote. “Now I’m a guy whose legs are shaking when he walks up the stairs, but he thinks: ‘Oh, this is a staircase! They go up. Perhaps we should look for an elevator.’ ”

He said he still struggled to use his phone and to pour a glass of water.

Kremlin spokesman Dmitry Peskov has said Navlany is welcome to return to Russia like any other citizen. He disputed a report in the French newspaper Le Monde that said that Putin had suggested to French President Emmanuel Macron that Navalny may have tried to poison himself with Novichok.

He said that Navalny was discussed but that the wording was reported in a “completely imprecise manner.”

Navalny made light of the report in another post. “Cooked Novichok in the kitchen. Took a sip from a flask on the plane. Fell into a coma,” he wrote.

Moscow has said that Navalny tested negative for toxic substances before he left Russia. “In order to compare, be convinced, and understand, we need to have information, which we, unfortunately, are currently being denied,” Peskov said.

Berlin says it has received two legal requests for “mutual assistance” from Moscow regarding the Navalny case. German officials have refused to give details of what information Russia has requested, but have said the first has been approved and passed on to Berlin prosecutors to handle. The second is still being “processed,” Berlin’s Justice Ministry said Wednesday.

The German government has refused to confirm an announcement from Navalny that testing by a German lab had found traces of Novichok on the water bottles from the opposition leader’s Siberian hotel room. His team, who had initially suspected that he was poisoned by a cup of tea at an airport cafe, had bagged up items from his room for testing.

Novichok is the same substance that Britain said Russian state security agents used on former Russian spy Sergei Skripal and his daughter in Salisbury, Britain, in 2018. But unlike in the Salisbury case, the investigation of Navalny’s poisoning is complicated by the fact that it took place on Russian soil with the victim a Russian citizen.

“The crime was done in Russia, so we appeal to Russia to investigate,” German government spokesman Steffan Seibert said Wednesday.

Khurshudyan reported from Moscow. Luisa Beck in Berlin contributed to this report.