LONDON — In his first major address since becoming the leader of the opposition Labour Party in Britain, Keir Starmer took aim at Prime Minister Boris Johnson’s handling of the coronavirus crisis, denouncing him as “just not up to the job” and saying a second national lockdown would be a “sign of government failure.”

“It makes me angry that, just when the country needs leadership, we get serial incompetence,” he said in a speech on Tuesday at the Labour Party’s annual conference.

But even as he castigated Mr. Johnson and his government, Mr. Starmer acknowledged that the opposition had much work to do to win back supporters.

While his speech was brimming with a realignment of Labour’s priorities, Mr. Starmer was also blunt.

“Let’s be brutally honest with ourselves: When you lose an election in a democracy, you deserve to,” he said. “You don’t look at the electorate and ask them, ‘What were you thinking’? You look at yourself and ask, ‘What are we doing?’”

He urged voters to “take another look at Labour” after the party saw the crushing loss of some of its traditional strongholds in the general election in December.

Laced with messages of patriotism and hope, Mr. Starmer’s speech made clear strides to distance him from his predecessor, Jeremy Corbyn, who led the party during the last general election.

It was also an opportunity to introduce himself to a broader audience as a former human rights lawyer who once served as the head of the Crown Prosecution Service and was knighted by Queen Elizabeth II before making his way into politics.

Mr. Starmer’s speech comes as Mr. Johnson prepares to announce new measures to combat the spread of the coronavirus in Britain amid rising cases.

This month, the government introduced a six-person limit on gatherings, and on Monday, details emerged of plans for pubs and restaurants to close at 10 p.m. More restrictions are expected when Mr. Johnson addresses the nation on Tuesday night.

Mr. Starmer said that forcing the country into a second national lockdown would be a reflection of Mr. Johnson’s failure to lead.

“The prime minister has had months to prepare for this, but instead of getting a grip, the government has lost control,” he said.

Mr. Johnson’s Conservative Party won a landslide victory in the December vote, a result that paved the way for Britain’s withdrawal from the European Union.

At the same time, Labour had its worst performance in more than 80 years under the leadership of Mr. Corbyn, who entered last year’s election with a fractured party, hounded by persistent claims that he tolerated anti-Semitism within the party’s ranks.

After the devastating loss, Mr. Corbyn stepped down, and Mr. Starmer succeeded him in April. During Tuesday’s speech, Mr. Starmer was clear to distance himself from the former leader, vowing to root out anti-Semitism within the party “once and for all.”

“We are under new leadership,” he said. “We love this country as much as you do. I want it to be the country I know it can be. That, in the end, is why I do this.”

Mr. Starmer’s speech was given in Doncaster, a former industrial town in South Yorkshire that is part of the largely working-class stretch of the Midlands and northern England long seen as Labour’s traditional base — once called the Red Wall — where it’s support has dwindled.

“Never again will Labour take you or the things you care about for granted,” he said. “And I ask you, take another look at Labour.”

While British politics have been dominated for years by a national debate over leaving the European Union, known as Brexit, Mr. Starmer, who supported staying in the bloc, said that it was time to move on.

“The debate between Leave and Remain is over. We are not going to be a party that keeps banging on about Europe,” he said, referring to the two camps, noting that it was now up to Mr. Johnson to ensure a deal was reached with the bloc. “If he fails to get one, he will be failing Britain.”

While Mr. Starmer said that his party would be a “constructive opposition,” backing government measures where appropriate, he placed responsibility for the continuing issues in dealing with the spread of the coronavirus on Mr. Johnson’s government.

“With one of the highest death rates in the world on the threshold of one of the deepest recessions anywhere, I am afraid there is no doubt, this government’s incompetence is holding Britain back,” Mr. Starmer said.

He pointed to failures in the country’s ability to deal with the increased demand for coronavirus tests as children returned to school this month as a major failure. The surge in demand saw a backlog of nearly 200,000 tests.

Mr. Starmer recalled the successes of past Labour governments, hoping to remind voters “what this party can achieve at its best.” He cited the National Health Service, the Equal Pay Act, and the national minimum wage among those successes.

Tellingly, the list of achievements also included the Good Friday Agreement, the peace accord for Northern Ireland that ended the violent period known as the Troubles. That deal was signed under the Labour government of Tony Blair.

The agreement has come under increasing threat in recent weeks. Mr. Johnson, in his latest Brexit maneuvering, has pushed to rewrite parts of Britain’s withdrawal deal with the European Union that could resurrect a hard border on the island of Ireland. The change would violate the Good Friday Agreement and break international law, experts have warned. 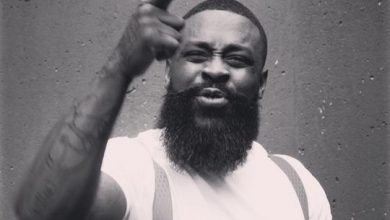 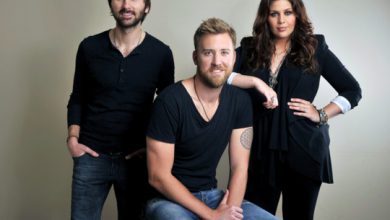 E.U. proposes immigration deal that would require countries to take a share of asylum-seekers or assist in deportations 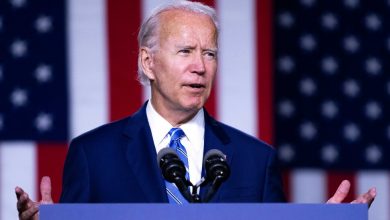 Anushka Sharma: We owe it to each other to stay cautious during pandemic
August 26, 2020

Anushka Sharma: We owe it to each other to stay cautious during pandemic