It’s been only three days since IPL 2020 began, but key players of several franchises have already sustained injuries, some of them serious ones. ESPNcricinfo draws up a ready reckoner of the injuries and the status of the players’ recovery, based on information available form the franchises.

What is the injury?
Sunrisers Hyderabad captain David Warner said Williamson had a quadriceps injury. It is understood Williamson pulled a muscle while training.

What is the impact on the team?
In their opening match of the tournament, against Royal Challengers Bangalore on Monday, Sunrisers were forced to play two young Indian batsmen in Abhishek Sharma and Priyam Garg. Williamson usually floats in the top order, and his absence left the middle order thin.

When is he likely to return?
The team management has not provided any updates yet, but Williamson’s injury is understood to not be serious.

What is the injury?
Making his IPL return after four years, Marsh, on Monday, twisted his right ankle in his very first over while attempting to stop the ball in his follow through. Though he bowled two more deliveries, he was in pain and limped off the field. He also came out to bat, at No. 10, but had to be helped off the field by the Sunrisers’ support staff after being dismissed first ball.

What is the impact on the team?
Marsh’s absence robbed Sunrisers of a power-hitter in the middle order during their tight chase on Monday. Needing 43 off 30 balls at one stage, with eight overs remaining, Marsh could have played the role of the finisher. The bigger concern for Sunrisers is that no like-for-like replacements for an allrounder like Marsh is readily available in the market.

When is he likely to return?
In the post-match presentation, Warner said twice that Marsh’s injury “doesn’t look great”. The management is quiet on the status of the injury although he is likely to have scans done soon.

What is the injury?
Attempting to stop a single off the last ball of his first over in IPL 2020, also his debut for his new franchise Delhi Capitals, Ashwin dislocated his left shoulder on Sunday. He walked off immediately and did not return.

What is the impact on the team?
Ashwin had made a telling impact against against the Kings XI Punjab in the six deliveries he bowled, picking up two wickets. In his absence, the Capitals were forced to rejig their bowling plans, asking pacers Mohit Sharma and Marcus Stoinis to bowl at the death, which allowed Kings XI to bounce back into the match which spilled into a Super Over.

When is he likely to return?
Ashwin put out a tweet on Monday stating that the “scan reports are encouraging” and that his pain had subsided. The Capitals could, therefore, be optimistic about his return for their next match, on September 25 against the Super Kings.

I was in pain as I left the field last night, but the pain has settled down and the scan reports are pretty encouraging too. Thanks for all your love and support. #IPL2020

What is the injury? Back spasm. It is understood Sharma felt soreness in his back during the team’s training a day before the Kings XI match.

What is the impact on the team? His ability to generate pace upwards of 140kph, combined with his accuracy and experience, helped Sharma make an impact in his first year at the Capitals last season. Having added a knuckle ball to his arsenal, Sharma was utilised at various stages of the innings, including the death. On the pace-friendly grassy pitches that the initial phase of the IPL is likely to offer, Sharma could be a key weapon.

When is he likely to return?
Sharma did not come to the ground for the Capitals’ match on Sunday and has not trained since he picked up the back niggle. No further information could be obtained from the franchise.

What is the injury?
Bravo picked a knee problem during the CPL, where he played for Trinbago Knight Riders. Bravo did not bowl in the CPL final, and arrived injured for the IPL.

What is the impact on the team?
Bravo is an an allrounder, but his key role is to bowl in the second part of the innings for the Super Kings, especially in the death phase where he is one of the best. Luckily for the Super Kings, Sam Curran walked off the plane a day before the tournament opener against Mumbai Indians last Saturday, and never let the franchise feel the absence of Bravo with a brilliant all-round performance. Stephen Fleming, Super Kings’ head coach, said that both Curran and Bravo would be utilised in similar roles through the tournament.

When is he likely to return?
Fleming indicated that Bravo would miss the first two matches including Tuesday’s contest against the Royals. Fleming also indicated that there was no necessity to rush back Bravo with Curran proving to be a catalyst in the first match.

What is the injury?
Mumbai Indians captain Rohit Sharma stated at the toss during the IPL 2020 opener against the Super Kings that the Australian fast-bowling allrounder had a “few niggles”. No further information has emerged from the franchise since.

How does it impact the team?
Against the Super Kings, Trent Boult and James Pattinson, who might have tussled for a spot had Coulter-Nile been fit, returned combined figures of 2 for 50 in 7.2 overs. Mumbai Indians’ lack of batting depth was evident in the game, where they could amass just 38 runs in their last 32 balls, losing six wickets in the final six overs. Coulter-Nile has shown he can chip in with momentum-changing cameos with the bat, to go with this formidable new-ball bowling skills.

When is he likely to return?
The franchise has remained tight-lipped on the matter so far. 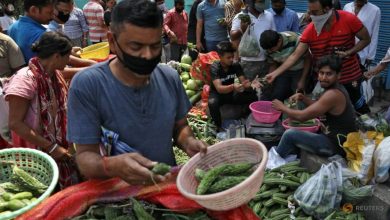 Commentary: COVID-19 is leaving India hungry in more ways than one 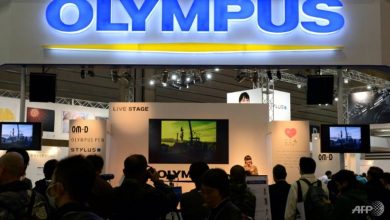 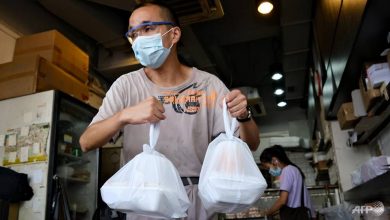 Rhea Chakraborty is not missing, her lawyer says
August 3, 2020

Rhea Chakraborty is not missing, her lawyer says