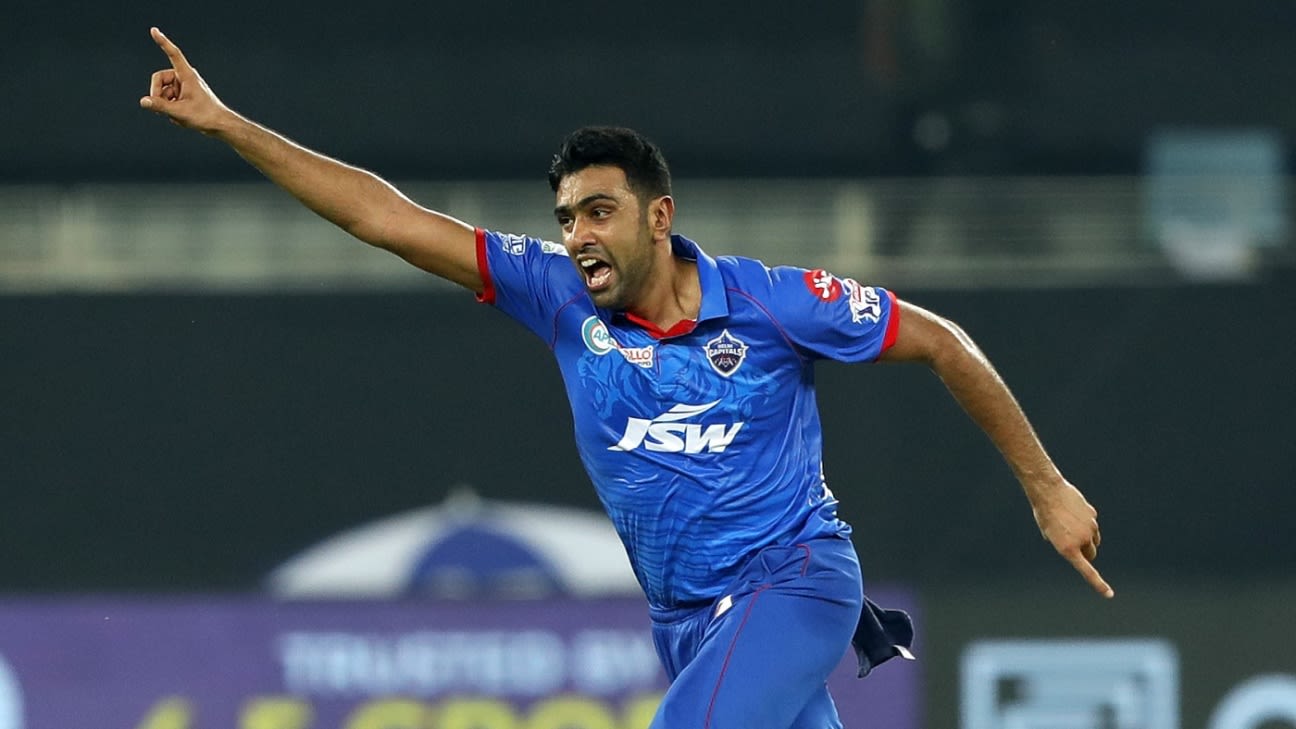 R Ashwin‘s immediate future with the Delhi Capitals was put in doubt after he dislocated his left shoulder while diving to try and stop a Glenn Maxwell punch down the ground during his team’s IPL 2020 season opener against the Kings XI Punjab in Dubai on Sunday.

It was the last ball of the sixth over of the Kings XI innings, Ashwin’s first, in which he had already sent back Karun Nair and Nicholas Pooran to give the Capitals a distinct edge. Maxwell, the new man in at the fall of Pooran’s wicket, drove the ball, Ashwin dived, and looked in pain straightaway after landing awkwardly. Patrick Farhart, the team physio, reached Ashwin on cue, and the bowler went off with his left arm in a makeshift sling, fashioned from his team jersey.