The Chinese move appeared to signal it was ready to retaliate less than one day after the Trump administration said it would ban TikTok and WeChat from mobile app stores, citing national security concerns. The U.S. ban of popular Chinese software — including WeChat, an app that is central to Chinese communications, business and everyday life — represented a sharp acceleration in the unraveling of trade relations with China and a step by the United States to mirror Beijing’s long-standing policy of prohibiting foreign social media services on national security grounds.

The Chinese government first announced the existence of its unreliable entities list in May 2019 as the United States tightened restrictions over Huawei. In the year since, Beijing has not unveiled details about how it would wield the blacklist even as U.S. agencies have progressively choked off access to semiconductors for Huawei and began targeting other Chinese firms.

As part of the Friday announcement, U.S. officials said that WeChat, owned by the Shenzhen technology giant Tencent, and TikTok, which was under buyout talks with Oracle, would be removed from Apple’s and Android’s U.S. app stores at midnight when Sunday turns to Monday. Money transfers on WeChat, which is widely used for cross-border transactions with businesses in China, could also be cut off, but the ban is not expected to cover ordinary people using the app for communication.

There were 3.3 million active WeChat users in the United States in August, according to App Annie, an analytics company. Although they acknowledge that WeChat is an essential communication tool, U.S. officials, as well as independent researchers like University of Toronto’s Citizen Lab, say WeChat has been a platform for Chinese-language disinformation and subject to Chinese government censorship.

On Saturday, the Chinese Commerce Ministry appeared to suggest that Apple and Google could be targeted if they complied with the U.S. government’s takedown order.

Individual executives could also be investigated and have their visas canceled, the ministry added. It said it would also establish a new internal division to investigate such cases.

In a statement, the ministry asked Washington to stop its “bullying” of WeChat and TikTok and “abandon its hegemonic behavior.”

“Without providing evidence, the United States has repeatedly used its national power to hunt and suppress the above two companies for unwarranted reasons, seriously disrupting the normal business activities of the companies and undermining the confidence of international investors in the U.S. investment environment,” it said.

Google has limited market exposure to China, which blocks many popular American Internet services and news websites, but the escalating tensions could be disastrous for Apple. Its chief executive, Tim Cook, has long sought to maintain cordial relations with Chinese leaders and has been invited to visit Beijing’s Zhongnanhai compound, the seat of the Communist Party leadership, on several occasions, but the company is seen as a vulnerable target for Beijing to hit corporate America. Consumers in Greater China accounted for $44 billion in sales last year, short of one-fifth of Apple’s worldwide revenue.

Most significantly, the Cupertino company relies on China for most of its iPhone manufacturing and sanctions could cripple the sensitive supply chain. But that would also hurt hundreds of thousands of Chinese workers indirectly employed by the company and hasten the diversification by international hardware makers to shift manufacturing to countries like India and Vietnam — a process that is already underway.

Mei Xinyu, a researcher who advises the Commerce Ministry, said the Trump administration’s bans were a “bad advertisement” for the American business environment and not something China wanted to copy by spooking foreign companies. But he said he believed it was more probable that Google would be affected by Chinese sanctions than Apple, which manufactures in China and enjoys a high of consumer demand in the country.

“We attach great importance to maintaining and promoting normal domestic production and trade, and enhancing the interests of relevant investors, employees, and local governments by meeting consumer needs,” Mei said. Beijing may take actions to punish companies named to the new blacklist but not cripple them, he added.

“A disease can be cured by medication, massage, acupuncture, and minimally invasive surgery,” he said. “You don’t need to tear the guts out.”

As trade tensions mounted in May, a report in the Party-run Global Times newspaper said that aside from Apple, the mobile semiconductor company Qualcomm and Cisco, the networking equipment maker, could all land on the Chinese entities list if the technology war worsened.

“There’s always a risk of tit-for-tat retaliation, putting high-profile American companies like Apple in its crosshairs,” said Bryan Ma, a vice president at industry research firm IDC. “I’m not sure how likely it would be though, especially given the big manufacturing presence that Apple has there.”

Matthew Margulies, vice president in Beijing at the U.S.-China Business Council trade group, said the Chinese blacklist left authorities a “fair amount of discretion,” and he called for “significant restraint” in how Beijing used it.

“Companies increasingly feel squeezed between the U.S. and Chinese governments, where complying with the rules of one government may cause them to run afoul of rules of the other government,” Margulies said. “We’ve argued for both governments to narrowly apply national security decisions to commercial issues for many years, but that is increasingly a challenging endeavor.”

Following the Trump administration’s announcements on Friday, WeChat users in the United States scrambled to figure out how the prohibitions would work. Some users on Weibo suggested owning two phones, one with a Chinese Apple account and one registered in the United States. Others joked that they now had to recommend virtual private networking software — which is often used inside China to access banned sites like Twitter — to Americans.

The China Press, a Chinese-language website for diasporic Chinese, assured readers that they could still keep in touch with relatives back home and suggested that they could simply change their Apple account location to another country to continue using WeChat.

On Saturday, the Global Times said the U.S. bans showed “this once-open nation is increasingly closed to outsiders.” 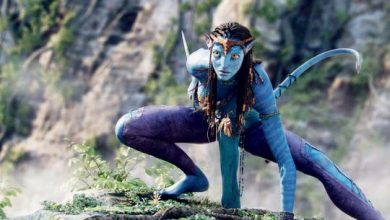 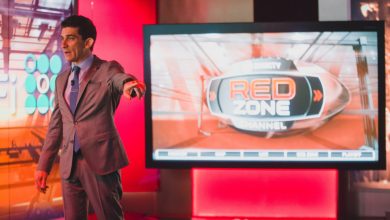 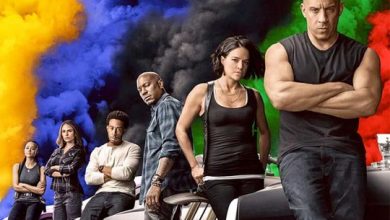 ‘Fast and Furious’ to end after two more films, Justin Lin to direct 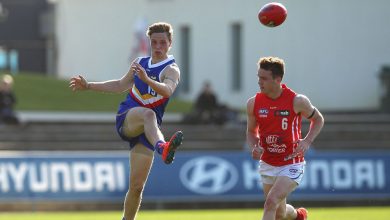